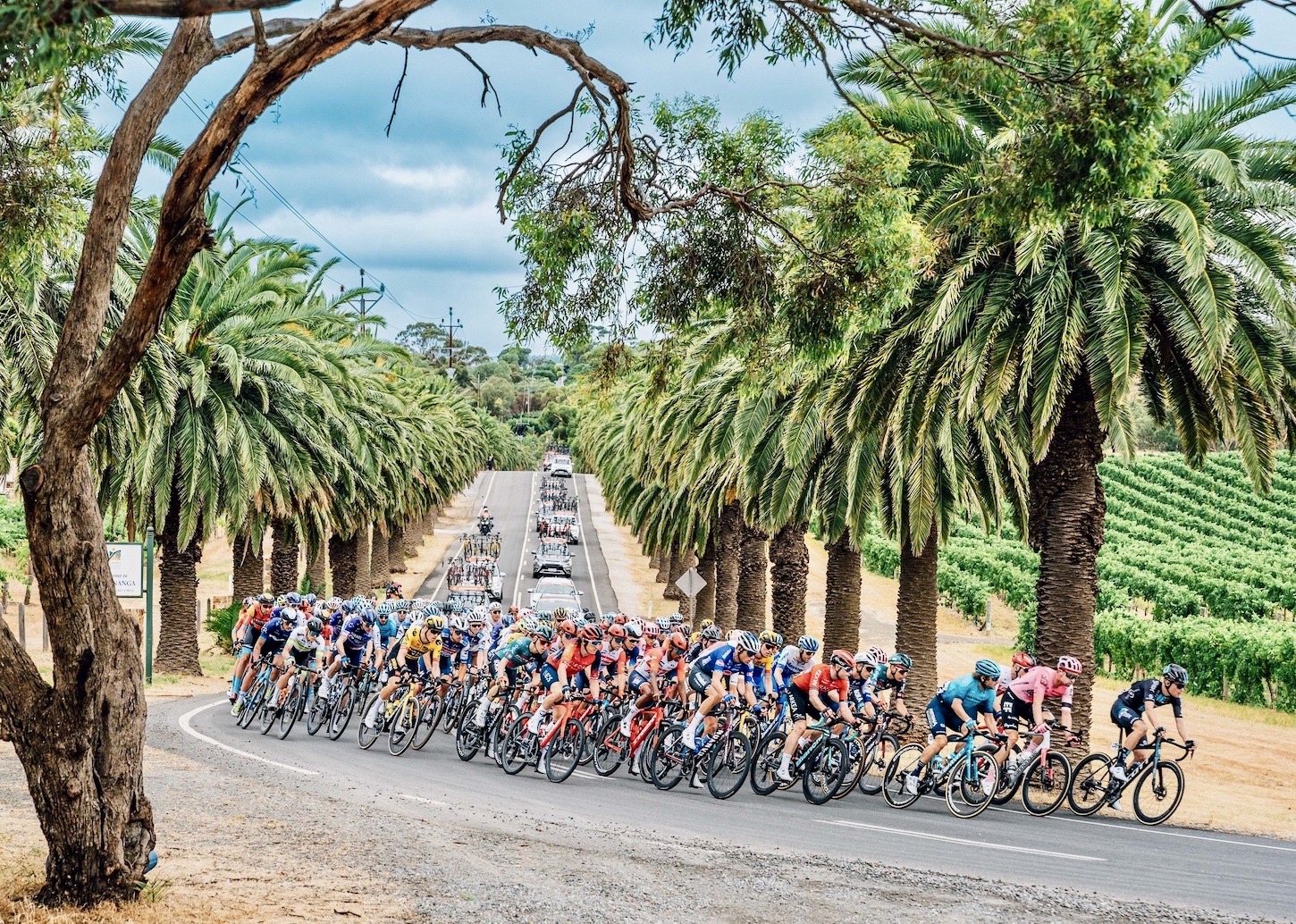 Phil Bauhaus powered his way to victory in stage 1 of the Tour Down Under in Tanunda today.

Bauhaus from Bahrain Victorious recovered from an early crash where he smacked his head on the tarmac, grazed his elbow, and was forced to change bikes before making a superb comeback to win the stage.

“It’s always difficult to expect to win but I knew our team was pretty good and I was a bit unsure (after the crash),’’ Bauhaus said.

“It took time for me to recover (from the crash) but my team did really well and also teammate Nikias  Arndt in the last kilometer was super calm and looking where I am and making space for me.

Bauhaus is now the owner of the Ziptrak sprint jersey with 30 points.

Meanwhile, Alberto Bettiol will keep the ochre leader’s jersey for the Oakley Stage 2 Brighton to Victor Harbor on Thursday, holding a six-second gap over Jayco AlUla’s Michael Matthews who ended the race in second place in the Ziptrak points classification.

Bettiol kept his prestigious reward after claiming the historic efex prologue on the Adelaide Riverbank on Tuesday night which saw the Italian earn enough bonus seconds from the time trial to keep him atop the first WorldTour standings in 2023.

Magnus Sheffield from Ineos Grenadiers is eight seconds behind Bettiol after a nasty crash as the US gun was approaching the Tanunda finish line.

Sheffield, 20, owns the Zwift young rider’s jersey after a hard day in the saddle where the peloton appeared ultra-nervous as several crashes marred a cloudy day in the Barossa Valley.

“It was a really strange day there were a lot of nervous riders, it’s the first race of the season and some crashes can happen,’’ Bettiol said.

“We managed pretty well, and all of my teammates are OK, they didn’t crash I didn’t crash fortunately, and I didn’t sprint because of the crash in the final but I’m still confident. Let’s see what’s going to happen, “he added.

AG2R Citroen’s Nans Peters set Stage 1 alight when he attacked 41 minutes into the race to open a lead close to five minutes over the main peloton.

The Tour de France and Giro d’Italia stage winner claimed the first bonus of the day, the Ziptrak preme sprint in Murray Street, Tanunda at the 45.5km mark in the first lap of five into the Barossa Valley town.

Matthews and Ineos Grenadiers Ethan Hayter finished second and third respectively in the sprint before the peloton started chasing Peters.

It was an uncharacteristic stage as 10 riders crashed just before the first preme sprint of the day after race director Stuart O’Grady signalled the start of the race.

The crash forced New Zealand’s Patrick Bevin from Team DSM to retire from the race before Peters, 28, was being hauled back by the peloton as the first efex King of the Mountain approached at the 58.2km mark at Menglers Hill Road, Angaston.

Bettiol’s EF Education-Easypost went to the front of the race in a bid to protect its prized Italian alongside UniSA-Australia where sprint king Caleb Ewan’s chances of a stage win were banked on the young team’s tactics.

As the second efex King of the Mountain was in view at Angaston, Plapp came second atop Menglers Hill Road, Angaston at the 110.4km.

Plapp, 22, will wear now the efex polka-dot jersey for the Oakley stage 2 Brighton to Victor Harbor on Thursday.