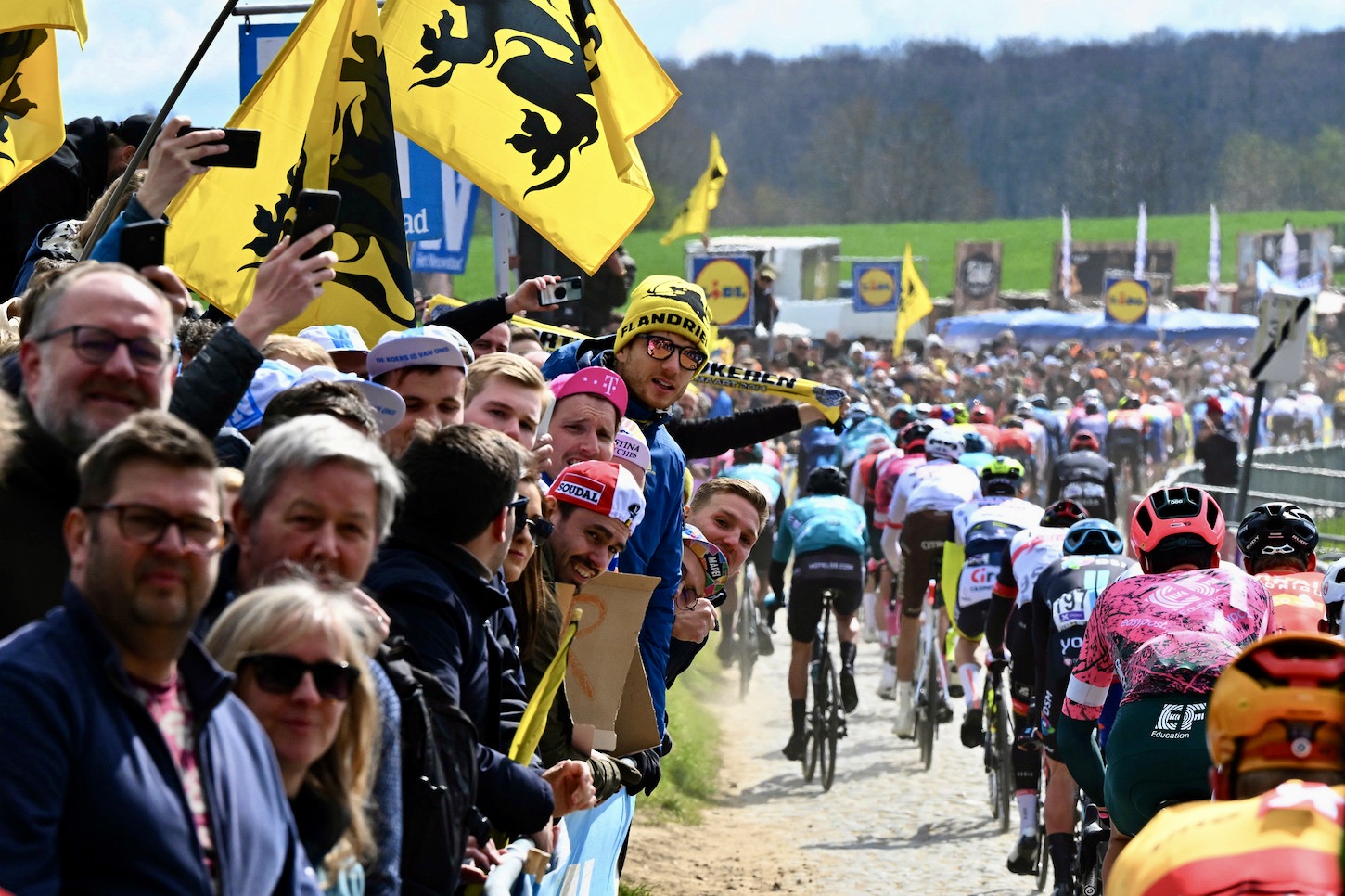 Mathieu van der Poel (Alpecin-Fenix) claimed this year’s Tour of Flanders after edging out the competition during the closing meters in what was shaping up to be a sprint-a-deux with Tadej Pogačar ((UAE Team Emirates) in today’s famous cobbled classic.

However, Pogačar found himself boxed in, after the duo was caught by a fast charging Dylan Van Baarle (Ineos Grenadiers) and Valentin Madouas (Groupama – FDJ), ultimately relegating the Slovenian rider to a disappointing fourth place finish.

Van der Poel and Pogačar held a sizable lead coming into the home straight, but a hesitation between the two riders that almost brought them to a halt, allowed Van Baarle and Madouas to catch them, with van der Poel narrowly fending-off a final challenge from his fellow countryman to seized the race honors.

Pogačar made a bold attack along the final ascent of the Oude Kwaremont, taking van der Poel along with him as the pair rode together toward the finish after the final climb of the Patersberg.

From there, the two vied back-and-forth for position during the final kilometer, allowing Van Baarle and Madouas to bridge their way across to them with only 250 meters to go.

Fortunately, for the Dutch rider, he still had the reserves to fend-off Van Baarle with a final surge, while Pogačar saw his chances for victory in his debut Tour of Flanders quickly vanish.