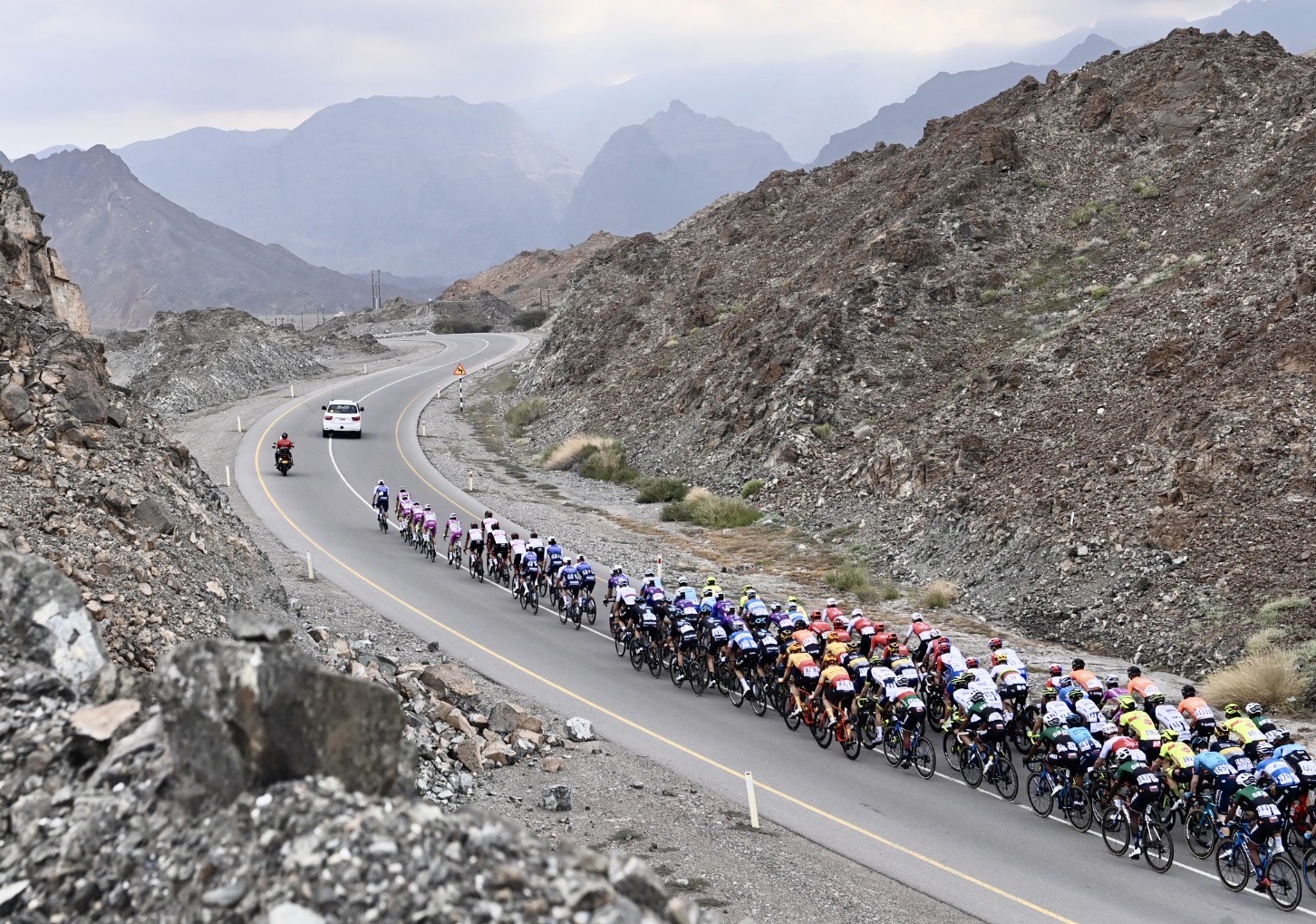 Fernando Gaviria (UAE Team Emirates) raised his arms in victory after triumphing in the opening stage of the Tour of Oman today, a 138 kilometer route from Al Rustaq Fort to Oman Convention and Exhibition Centre.

Goikoetxea dominated the first intermediate sprint of the day ahead of Al-Wahibi, but in the meantime their lead had dwindled to just 1:35.

Goikoetxea later dropped his companions on the ascent of the Fanja climb, while Team DSM was busy setting the pace and splintering the peloton, quickly bringing the lone escapee’s gap down to a mere 15-seconds with around 48 kilometers to go.

While still out front, Goikoetxear claimed the second intermediate sprint, ensuring his lead in the most aggressive rider classification.

However, the Basque rider was eventually reined in during the last 10 kilometers, with a new acceleration from Team DSM prompting its leader Soren Kragh Andersen to go on the attack.

But, the Danish rider’s move was quickly thwarted by the peloton, ultimately shaping things up for a sprint finale.