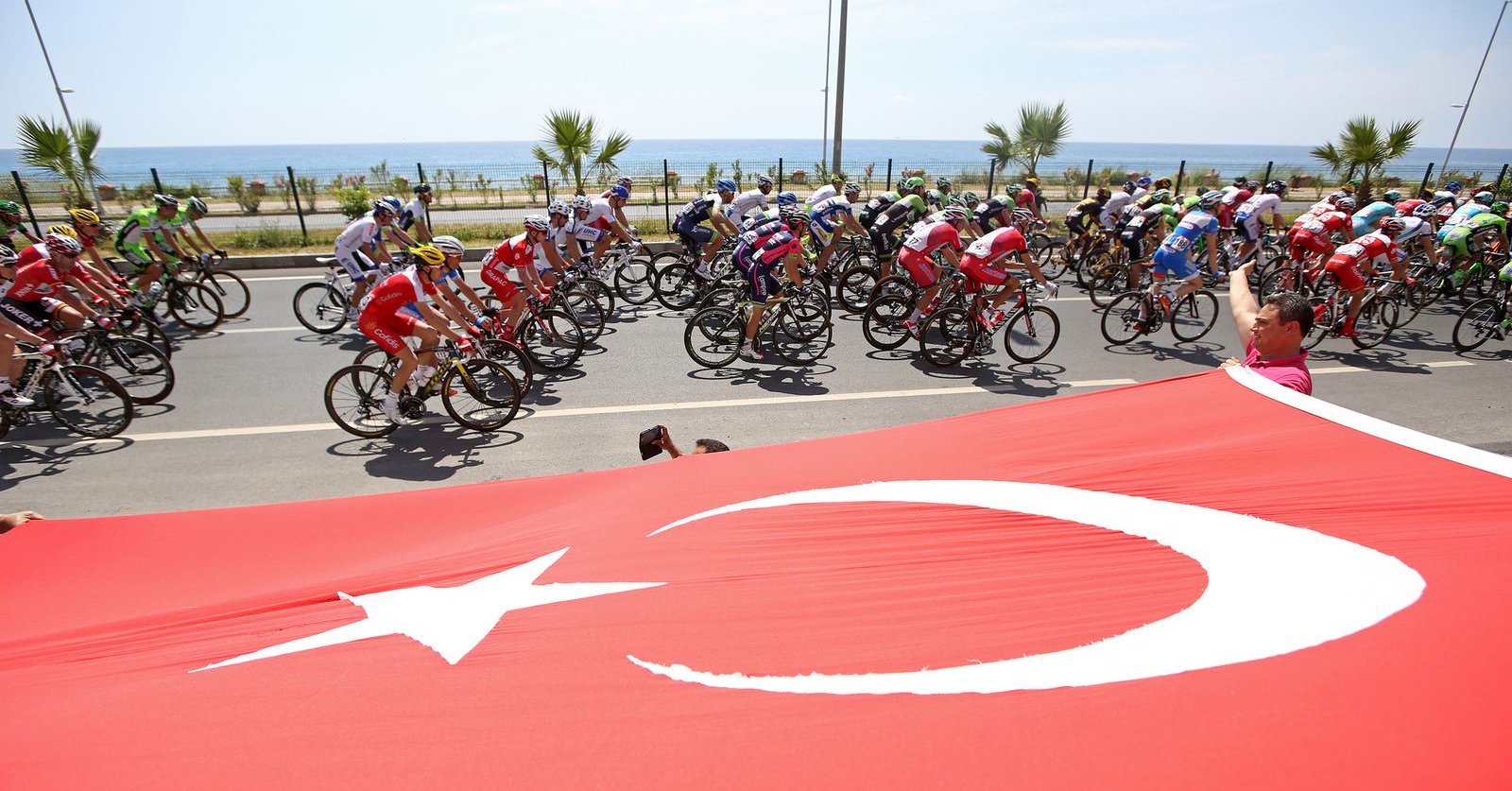 Caja Rural – Seguros RGA put on a big show in today’s stage 2 of Tour of Turkey, completely blowing apart the peloton during the last 40 kilometers.

As the peloton began the ascent of the penultimate climb,  all seven riders from the team went to the front and set a pace that was so high,  only a few other riders managed to follow.

This later created a select group of 15 riders at the front, in which Caja Rural – Seguros RGA was heavily represented by almost their entire team.

As the lead group took to the final ascent, the first chase group was over one minute down. And, with 6 kilometers to go, Caja Rural – Seguros RGA’s Ricardo Vilela attacked, forcing the other teams to work.

From there, the Portuguese rider managed to stay out front alone for several kilometers, before his teammate Pello Bilbao counterattacked and went clear during the final 2 kilometers.

With no one able to follow Bilbao, the young Spanish rider went on to claim his first win of the season, in a solo victory 10 seconds ahead of his closest rival.

Meanwhile, his teammate José Gonçalves had no problem winning the sprint for second place, making it 1-2 for Caja Rural – Seguros RGA.

Gonçalves now sits third, while David Arroyo (6), Ricardo Vilela (7) and Jaime Rosón (8) make it a total of five riders in top10 overall for the team. Tomorrow, Gonçalves will wear the points jersey while Lluis Mas can enjoy another day in the white jersey for leading the Turkish Beauties sprint classification. Caja Rural – Seguros RGA top the team classification.

Pello Bilbao: “We knew that we had a great opportunity today and the team did an excellent job, dominating the stage with all the riders in the front group. At the end, I won the stage but it could have been anyone from the team today. Everybody did a perfect job. I didn’t plan to attack that far out but I saw an opportunity and I went for it. Also, I knew that if they caught me, José [Gonçalves] would be there to sprint. Tomorrow could be a stage for him as well. We will try to help him but also save energy for the remaining part of the race”.

Sports director, Eugenio Goikoetxea: “The team was outstanding today. Our main goal was to win the stage and we accomplished that. Now, we are in a good position for the general classification – both individually and for the teams. There are still many days left to go and we are ready to fight”.

From there, the trio went on to build up a maximum advantage 4:20 over the peloton, after 60km of racing.

However, the fierce pace of the Spanish squad would later cause a split in the group, leaving seven riders behind, during the remaining 20 kilometers.

Not long after, Bilbao made his winning move, after gaining ground on his teammate during the closing 2 kilometers.

“In the final ascent, we got Ricardo Vilela to attack to make the leader’s life difficult and that led to a counter attack by Pello Bilbao [with 2.5km to go],” beauties of Turkey leader Mas explained. “It’s perfect because out of the six of us in the front group, our GC rider eventually wins the stage.”

“It’s always good to make the podium even though it would have been better to win but after all the work they’ve done, Caja Rural deserved to win. They have made the decision,” commented third placed Finetto, who also remained in contention for the overall victory.

“It’s been a hard day but I managed to reach my goal of keeping the lead,” Niemiec said. “I owe a beer to Ilia Koshevoy who helped me tremendously. This is my first time holding a leader’s jersey in a stage race since the Route du Sud I won in France in 2009 but it won’t be easy to stay on top of the classification against a team like Caja Rural.”