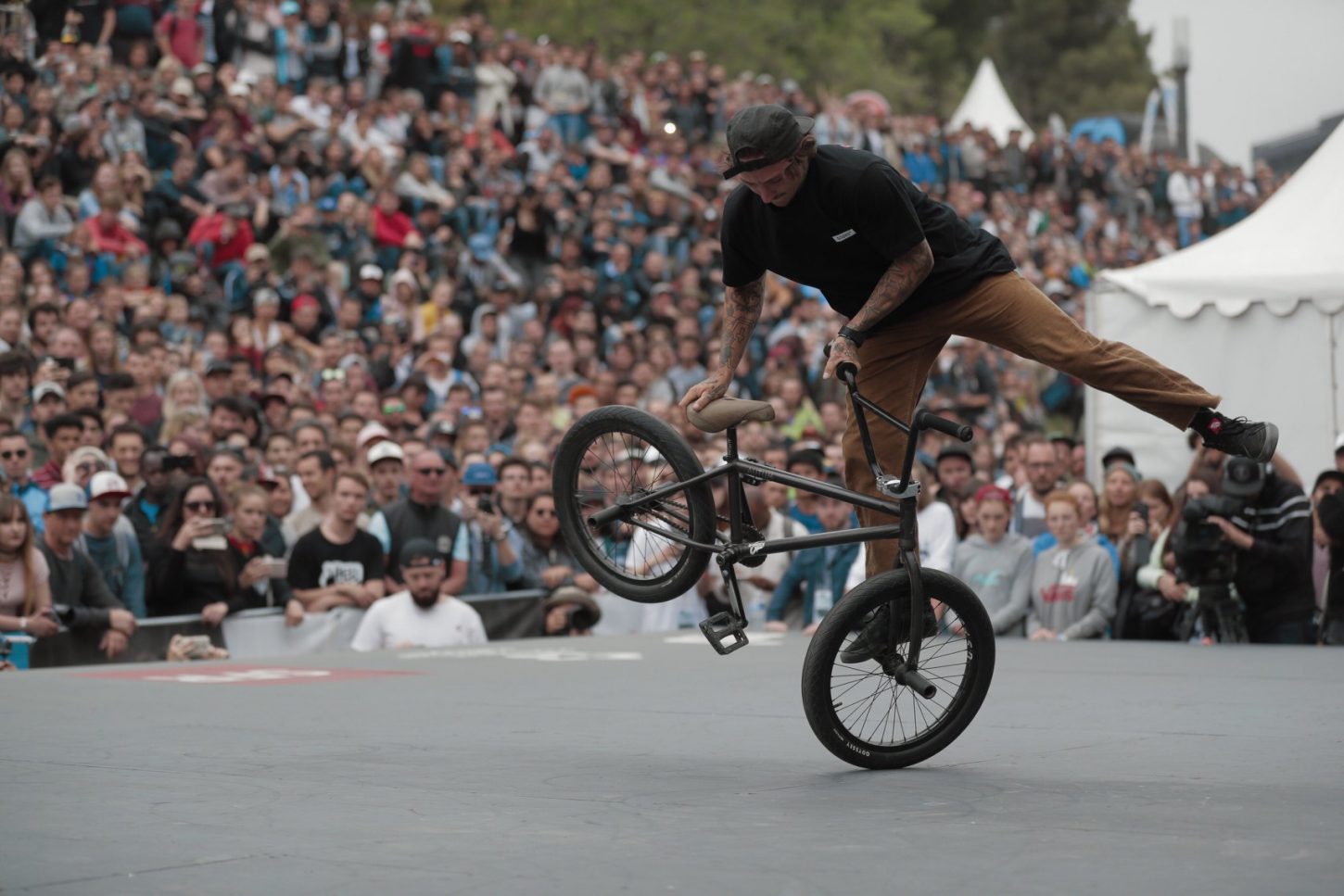 Five weeks after the opening round in Hiroshima (Japan) the UCI BMX Freestyle Park and Flatland World Cup continued in Montpellier (France) at the weekend.

Hannah Roberts’ domination in women’s Freestyle Park was interrupted in Montpellier, which has welcomed the FISE (Festival International des Sports Extrêmes) on the banks of the River Lez for the last 20 years.

Qualifying in second place for the finals, 16-year-old Roberts finally managed only fourth place behind an impressive Oike Minato (Japan) who was also strongest in qualifying. Switzerland’s Nikita Ducarroz was 2nd and Lara Lessmann (Germany) 3rd. Roberts, who nevertheless continues to lead the overall rankings, admitted on Facebook to not feeling good on her bike and making “a lot of mistakes in both runs.”

“I can’t wait to get home and get to work,” she added. “Edmonton… I’m coming for you,” she concluded in reference to the third round of the UCI BMX Freestyle Park and Flatland World Cup in Canada mid-July.

Bad weather on Sunday forced the organisers to cancel the final of the Men’s UCI BMX Freestyle Park competition. American Nick Bruce, Australian Logan Martin and Croatian Marin Rante had been the strongest qualifiers in the previous afternoon’s semi-finals.

Rain also put paid to the Women’s UCI BMX Freestyle Flatland final after an impressive qualification round from round one winner, Japan’s Katagiri Misari.

The third round of the UCI BMX Freestyle Park and Flatland World Cup will take place in Edmonton (Canada) July 14-15.