The UCI Demonstrates the Effectiveness of its “Mechanical Doping” Detection Techniques 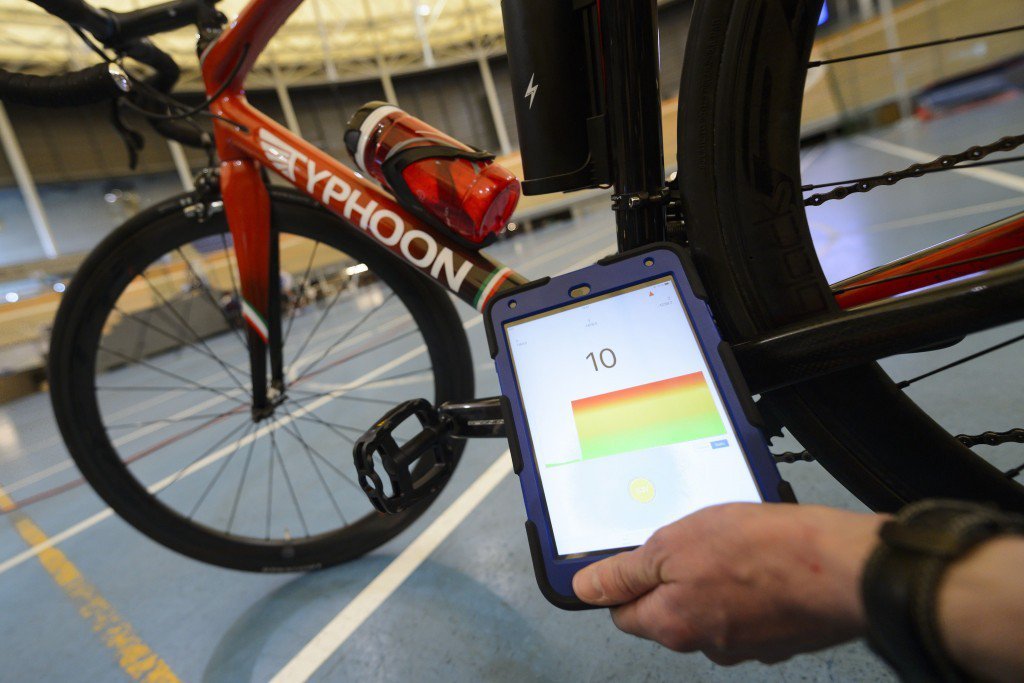 To push past all of the hype and controversy surrounding mechanical doping, and the proper means of accurately detecting it, the UCI demonstrated the effectiveness of its detection techniques at a special conference this week.

During the demonstration, UCI Technical Manager Mark Barfield and UCI President Brian Cookson reiterated their belief, that the use of a tablet  to detect the magnetic flux density that hidden motors and magnetic wheels give off, still remains the most practical means of detection.

“Technological fraud is something we think is a serious threat to our sport and so we’re taking it seriously and taking appropriate action. We know that the technology exists and we have invasive testing. Now we’ve got a system that is effective as the demonstration showed. It can be done quickly, can do large number of bikes before and event, after and event and even during an event when bikes are changed during races. I think we’ve got something that is a good answer to the problem.

“There is a message to the cheaters who are thinking of using this method: Don’t. Because we will catch you. The very first time this technology was deployed, we caught somebody and that’s a major disincentive to anyone else.”

Barfield demonstrated the effectiveness of the UCI’s tablet, by showing onlookers its ability to uncover a hidden motor in the down tube of a carbon fiber bike.

Barfield also explained why the UCI has dismissed other forms of technology such as ultrasonic, x-ray and even thermal imaging. And, while he admits thermal imaging devices have the ability to detect heat given-off by hidden motors, he suggested that it was possible to fit a thermal shield over the motor as to prevent detection. Moreover, Barfield explained that in order to use thermal imaging in races, motorbikes would have to be equipped with said devices, and ride alongside the riders, thus raising safety concerns.

“We believe the technology we used is more effective that what they used in the investigation and we believe that the result they showed were inconclusive,” Cookson said.

“The media love a sensation and bad news travels faster than good news. But we believe we now have a system to detect technological fraud and stop this form of cheating. I think if a rider or team is caught cheating in this way, for me, it’s the end of their credibility. All their previous victories would count as nothing, I can’t imagine that a sponsor would want to be involved in a team where they cheat with technological fraud.”

While the UCI vows to continue its fight against mechanical doping, by carrying out checks at races throughout the season, Barfield refused to reveal specifics as to when and where they will conduct tests.

“Were happy to explain in broad terms how we test but we are more reserved on when and where,” he said.

“At races we approach a team and so they make their bikes outside on bus and on cars available. Then we go to the finish and we monitor the race, we speak to race official and we follow the race on television and social media. To do that to get indications on who to test and why at end of a stage. We’ve tested top riders, other times we’ve tested the top 35 in a race. It’s important to be flexible and unpredictable.”