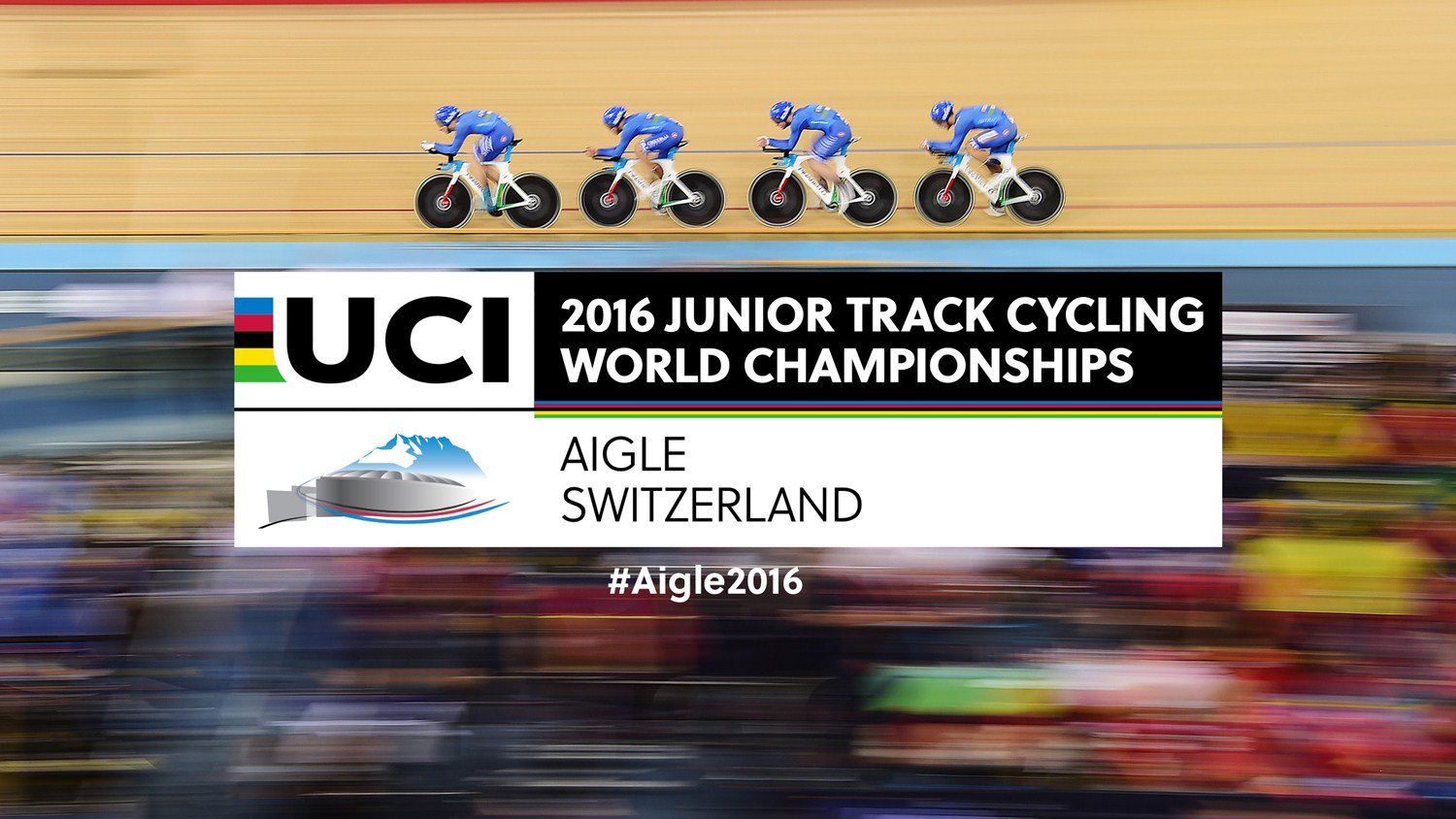 The Swiss home crowed had to wait until the fourth day of the UCI Junior Track Cycling World Championships to celebrate a medal, but it was well worth the wait.

At the UCI World Cycling Centre (WCC) in Aigle, Switzerland, on Saturday Stefan Bissegger lined up in the gold medal final of the Men’s individual pursuit against Rasmus Pedersen, from Denmark. Not only did the Swiss rider win the host country’s first medal of the championships, he set a new world mark of 3:12.416 for 3km (awaiting ratification).

“I knew I was capable of a record,” he said after the final. “I wasn’t just going for gold. I was going for a world record. I knew I was one of the strongest and I was confident. It was really special to that in Switzerland with my family and friends who came from Zurich to watch.”

The first gold medal awarded on Saturday was in the Omnium. Defending UCI World Champion Campbell Stewart (New Zealand) was in the lead by 14 points after the first five events and just managed to hold onto that lead in the final points race to take the rainbow jersey. Argentinean Tomas Contte rode aggressively in the last event and posed a real threat to the New Zealander.

“It was the hardest race of my life,” said Stewart, already gold medallist in the team pursuit. “I had to dig really deep and go to another level.”

Silver medallist Tomas Contte was one of 16 athletes from all over the world invited to the UCI World Cycling Centre six weeks prior to the Worlds in order to prepare for the competition. He was very emotional after his silver medal performance:

“I would like to thank the whole team at the UCI WCC for all their help,” he said. “I improved a lot training here and I always dreamed of having a medal.”

The Argentinean will continue training at the UCI WCC after the Worlds.

The bronze medal in the Omnium went to Julius Johansen, of Denmark.

After her gold medal and world record in the 500m time trial on the opening day, Pauline Grabosch claimed a second world title in the sprint, much to her surprise.

“I really wasn’t expecting this win,” she said. “There are so many girls who are so fast. It’s all about technique in the sprint and I wasn’t at all sure. I wouldn’t say this gold medal is more important than the time trial gold, but I was more surprised by it.”

Although not part of the official programme of the UCI Junior Track Cycling World Championships, the Women’s Madison was raced as a demonstration event.

“I think it was good to put this race on the program for women,” said Jade Haines. “It went really well and I would love to see more races like this.”

The UCI decided to include the Women’s Madison as a demonstration event with a view to including it in the future alongside the Men’s Madison.

The UCI Junior Track Cycling World Championships draw to a close on Sunday with the Women’s Keirin, the second day of the Women’s Omnium, the Men’s sprint and the Men’s Madison.