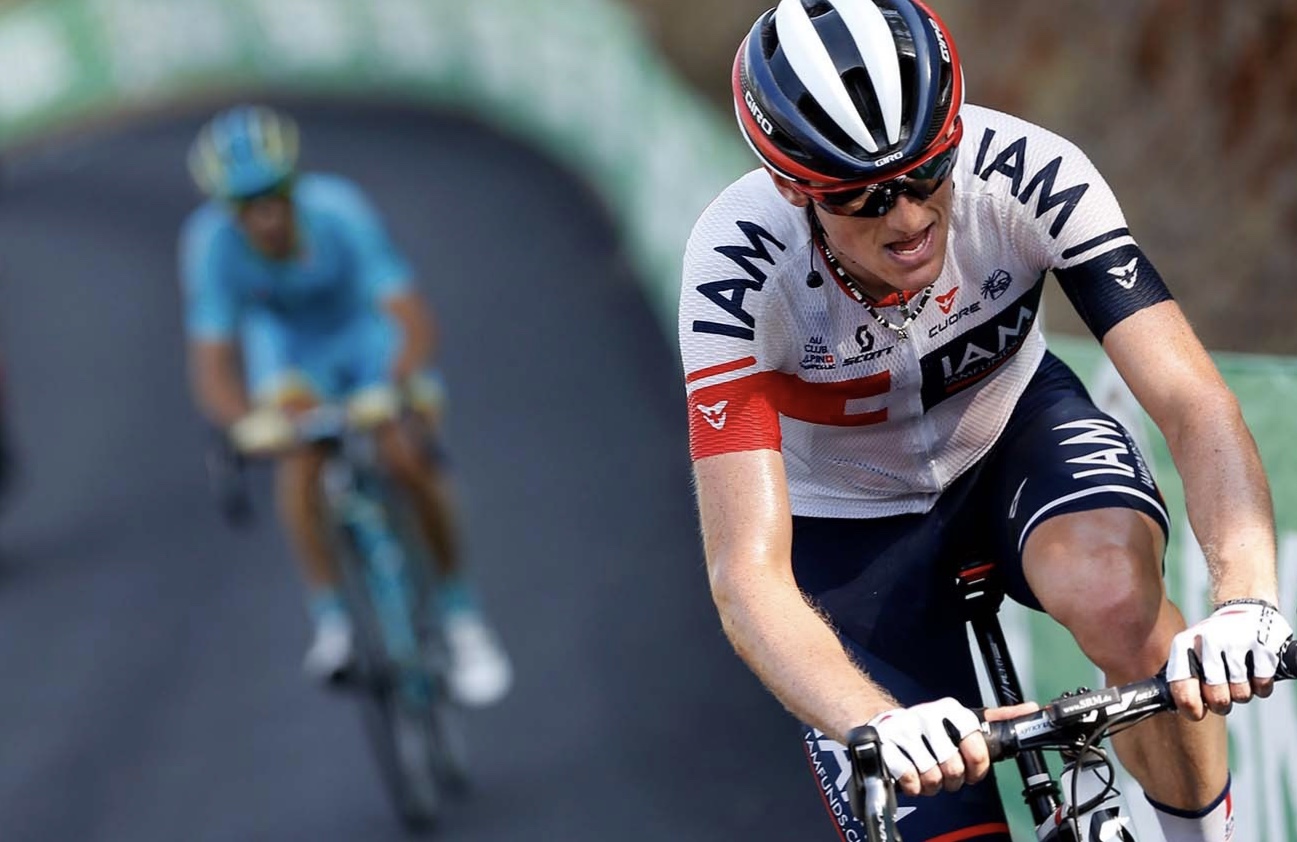 Having won the race’s only individual time trial on Friday, Froome’s bid to take the Vuelta for the first time in his career saw him cut back over two minutes of Quintana’s overall advantage. However, Quintana then successfully fended off Froome’s series of challenges on the race’s final ascent, to the Alto de Aitana on Saturday.

Quintana therefore rode into Madrid the overall winner, with Froome second and Esteban Chaves (Orica-BikeExchange), already a runner-up in the Giro d’Italia, in third.

“It’s spectacular, it’s a dream come true. I’ve been fighting many times to win the Vuelta and finally we’ve done it,” said Quintana, already the Giro winner in 2014.

”I’ve done many things in my career but this is the most important victory because of the rivals and the other riders who were here.”

As of September 12th, Quintana has ousted longstanding leader Peter Sagan (Tinkoff) from the head of the UCI WorldTour individual classification. Quintana has 609 points, Sagan drops to second with 585 points, while Chris Froome remains in third with 564 points.

“I felt like I didn’t need to go full gas on the last two climbs because the end is so hard. The last kilometre was a headwind, Rigoberto tried like last year, but today it was different,” Sagan said at the finish line.

The roles were then reversed on Sunday when Van Avermaet managed to defeat Sagan in the Grand Prix Cycliste Montréal with a well-calculated late manoeuvre that gave the Olympic Champion the win ahead of the Tinkoff rider and Lampre-Merida’s Diego Ulissi.

“ It’s been an incredible year,” Van Avermaet, who also won a stage and led the Tour de France for several days, reflected. “For many years I was the guy who didn’t quite make it and now I’ve won all those great races It’s sure that Peter and I have responsibilities as the UCI World Champion and Olympic Champion and I’m sure we will continue to do our best in the years to come.”

What you should know about…the Eneco Tour

The Eneco Tour is a week-long stage race held in the Low Countries, usually in August.

The Eneco Tour usually features hilly summit finishes and a medium length individual trial. It is usually won by an all-rounder who can race well in one-day Classics. This year it also features a team time trial.

The Eneco Tour began as the Tour of the Netherlands in 1948, but was only run intermittently until 2000.

Tom Boonen (Etixx-QuickStep) and André Greipel (Lotto-Soudal) hold the record for the most stage wins, with seven each.

This year’s race starts in Bolsward, Holland and then finishes in Geraardsbergen, Belgium. Two time trials, a 9.8 kilometer individual race on stage two and a longer 20 kilometer team time trial on stage six, will likely prove to be the 2016 Eneco Tour’s key stages.

Tim Wellens is a 25-year-old Belgian professional with the Lotto-Soudal team. Born in the town of Sint-Truiden, Wellens’ first full season as a pro was in 2013. Since then he has won several prestigious week-long stage races, including the Eneco Tour and the Tour de Pologne, as well as the Grand Prix Cycliste de Montréal in 2015.

Jolien d’Hoore bested teammate Chloe Hosking across the final passage of the finish line of the Madrid Challenge by La Vuelta in city centre Madrid on Sunday to win the last round of the UCI Women’s WorldTour. The Wiggle High5 duo shared the Madrid Challenge podium with Marta Bastianelli (Alé Cipollini), who sprinted in for the third.

For the second straight year, Madrid Challenge ended in a field sprint. The 5.8 kilometer circuit on flat, fast and wide roads lends itself to a high-speed bunch finish. Several teams attempted to chase an alternative outcome, sending riders up the road in pursuit of time gaps, television time and tiring the competition.

The Vuelta a España race organisers borrow the model used for La Course by Le Tour. Madrid Challenge offers the women’s peloton a chance to race on the same circuit used by the men to close out their Grand Tour.

The UCI Road World Championships will open with a team time trial on Sunday, 9 October and conclude with the Elite Men’s road race eight days later. The UCI women’s peloton have the opportunity to compete in three events: the team time trial, the individual time trial and the road race.

Trade teams field six-rider squads for the team time trial while National Federations select riders for the individual time trial and the road race. Similar to the Olympics, field size is smaller than what we’re accustomed to during the regular season, and UCI rankings determine the number of riders each nation is allowed.

The Elite Women’s individual time trial covers 28,9 kilometers on the artificial island known as The Pearl-Qatar. Roads are wide, open and exposed to wind, and the course includes long sweeping turns around several different roundabouts.

The Elite Women’s road race begins at the Qatar Foundation before travelling to The Pearl-Qatar for seven laps around a 15.2-kilometer circuit, the same circuit used for the individual time trial. Like the time trial, the possibility of wind poses the main challenge during the road race.

– Focus On the UCI Women’s WorldTour by numbers –