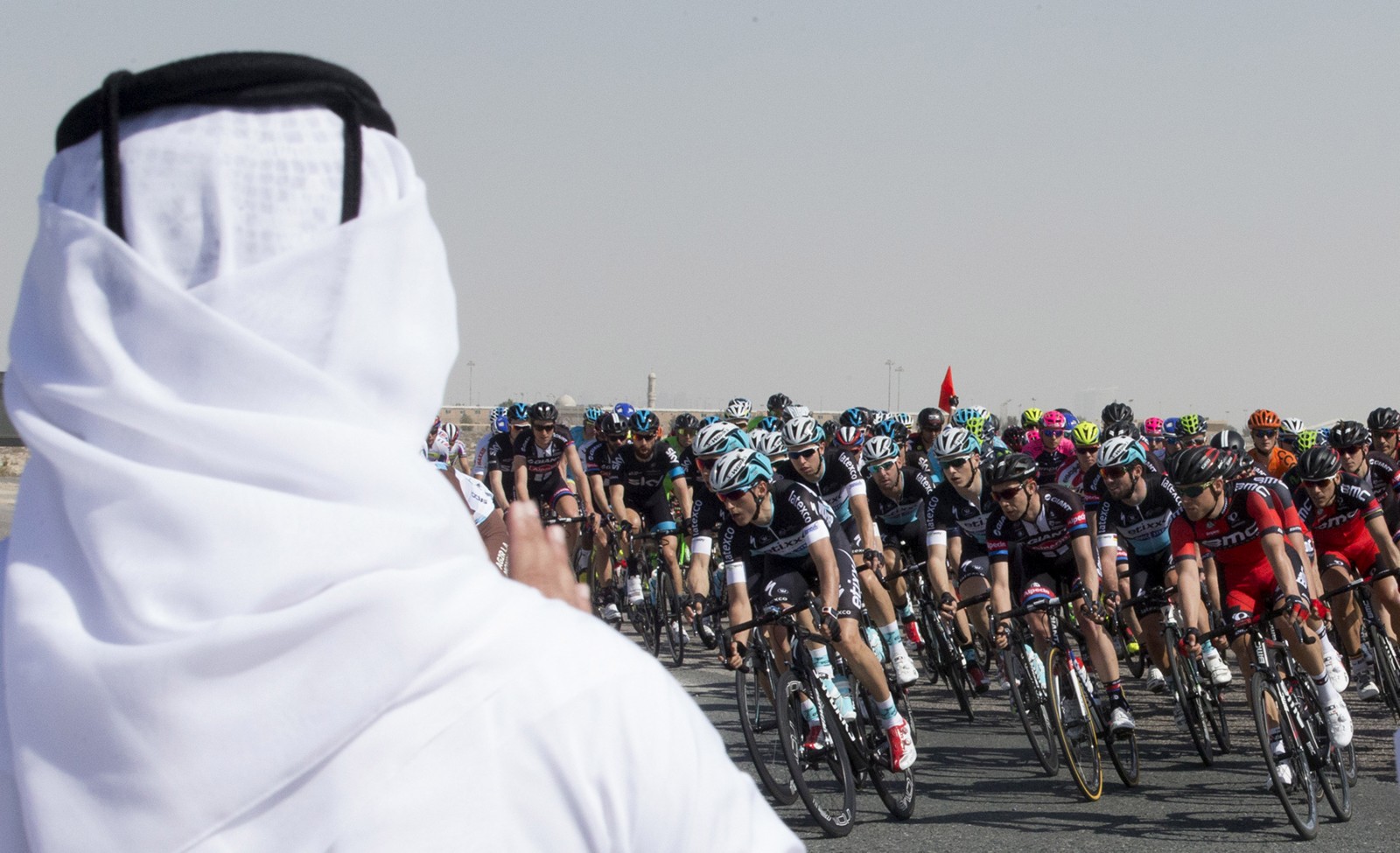 Extreme heat may force the UCI to shorten the men’s World Championship road race in Doha, Qatar to just 100 kilometers on Sunday.

The UCI issued a statement on Friday saying that it’s prepared to cut the point-to-point section through the wind-swept barren countryside, if it decides it is too risky for the peloton’s health.

“The UCI has set up a protocol in case of extreme heat,” said the governing body in a press release. “A four-member group of experts will examine the weather forecast before each road race. Daily checks of the temperature will be conducted by two UCI representatives using thermal stress indicators.

“The following measures may be decided in the event of high temperatures: for the men’s elite road race, to reduce the 150km initial distance, for all other road races, to reduce the number of laps of the circuit.”

The men’s road race is the only event that starts with a stretch through the open desert before returning to the artificial Island of Pearl. The 150-kilometer opening section runs north of Doha and returns south past Al Khor, with the Persian Gulf on the left.

The race was originally due to start in at Sealine Beach, but the UCI changed its plans and lengthened the initial point to point section this summer. However, the opening section could be eliminated completely due to the heat.

The UCI and Doha race officials had already taken steps to schedule-out the World Championships to the latest possible date in order to avoid the extreme heat conditions the Middle East poses – even this time of year.

If the race is shortened, riders would only have to tackle seven laps around the 15.2-kilometer Pearl circuit, for a total of 106.4 kilometers.

Race organizers ran a test event during the Tour of Qatar this February on Pearl, which instead of long straights and fast curves, the maze-like circuit includes 24 roundabouts and two U-turns.

“It doesn’t have the character of a Worlds course, there’s no flow or rhythm, there are many tight hairpins,” Italian Daniele Bennati (Tinkoff) said after racing in February. “They are just trying to show off a little island they made.

“I suppose it’ll be what the riders bring to the circuit and how they race. You seem to constantly have wind but with no real way of splitting the pack. It’s going to be a wearing down process and positioning is going to be massive.”