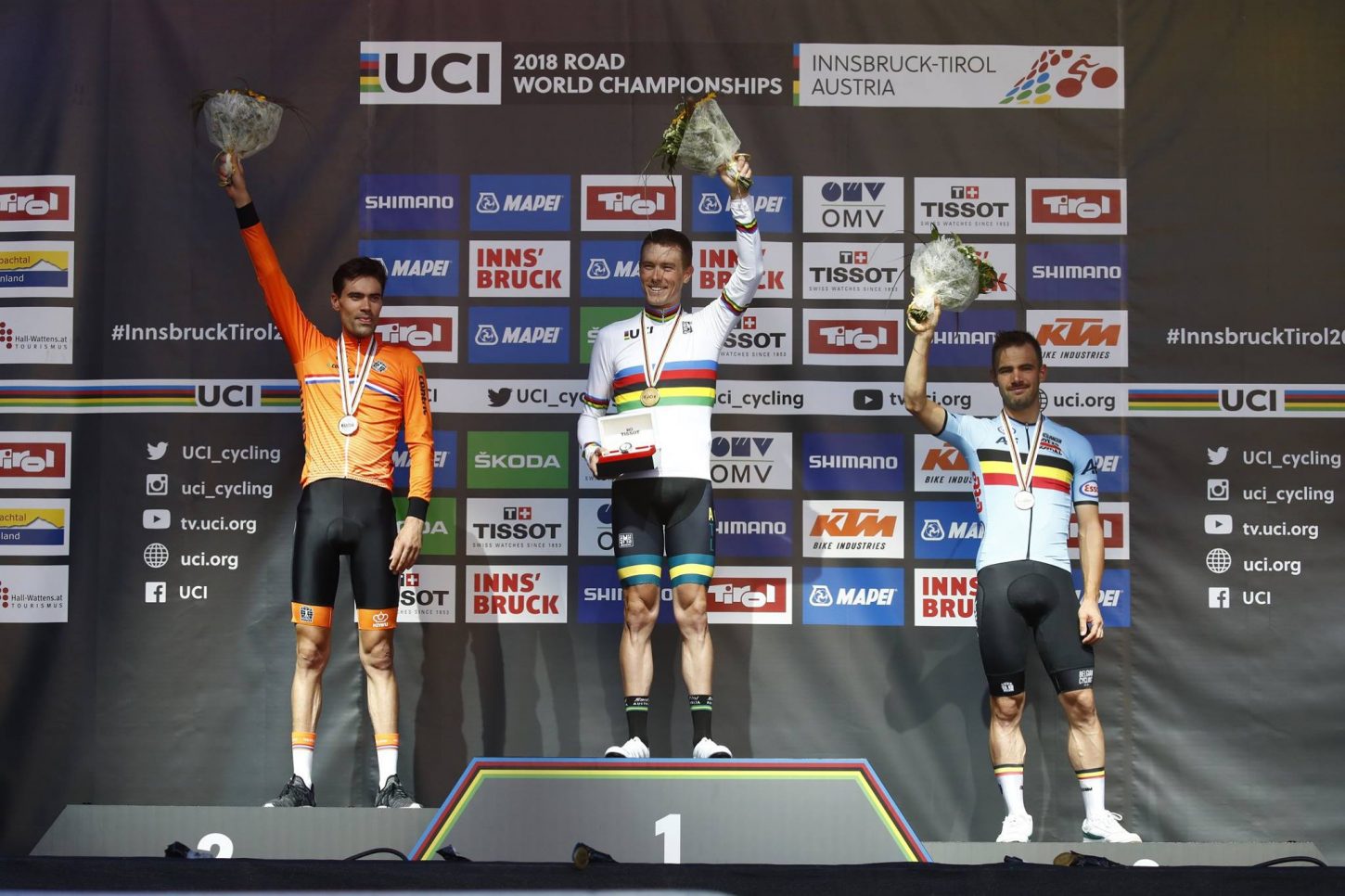 Rohan Dennis proved his mettle as one of the sport’s greatest time trials, after winning today’s world championships time trial in Innsbruck by a staggering 81 seconds over his closest rival.

The Australian rider conquered the 52.2 kilometer course with one significant climb in 1:03:2.57 to dethrone last year’s World Champion Tom Dumoulin.

“It’s a dream come true,” said Dennis, who was fifth at the Olympic Games in Rio, missing a medal by eight seconds, after having to change bikes due to a broken handlebar. “I’ve been chasing this since I was a junior. I’ve never won it in any age group.”

Dennis won by a margin that conjures the dominance of Swiss Fabian Cancellara, who won the first of his four rainbow jerseys by 90 seconds over American David Zabriskiein 2006.

Dennis has won individual time trials at all three Grand Tours and held the hour record for two months in 2015.

All this after a decorated track cycling career, including a 2012 Olympic team pursuit silver medal and a pair of world titles in that discipline. Dennis’ best Grand Tour finish was 16th in the Giro d’Italia in May.