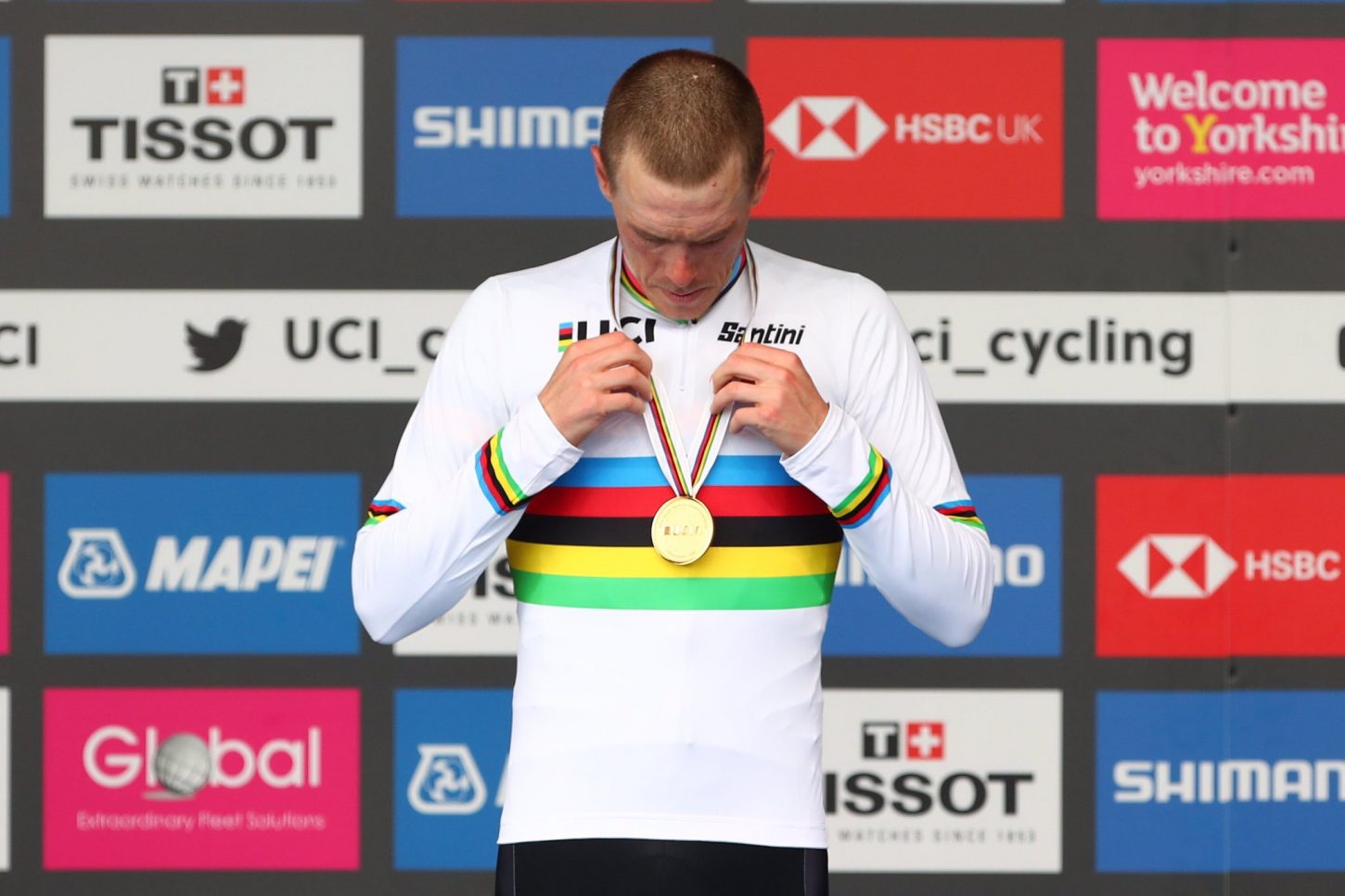 Rohan Dennis  successfully defended his time trial title at the Road World Championships in Yorkshire today, after the Australian rider clocked the fattest time of 1:05:05.35 along the 54 kilometer course from Northallerton to Harrogate, beating his closets rival Remco Evenepoel of Belgium by more than a minute.

Behind Evenepoel was Filippo Ganna, who took home the bronze for Italy, while Britain’s Alex Dowsett was fifth behind Patrick Bevin.

A total of 57 riders tested their skills against the clock, with Britain’s John Archibald setting the early benchmark of 1:08:16.28, which was later eclipsed by his teammate Dowsett with a time of 1:07:07.12.

Only four riders would go on to better Dowsett’s time, with Evenepoel crossing the line ahead of Ganna and Bevin to conquer the podium.

However, he was quickly knocked off his perch by Dennis, who was in the green when crossing the first and then second checkpoint, and did not relent to finish 68 seconds faster than Evenepoel.

There was disappointment for Victor Campenaerts, who required two bike changes, and Primoz Roglic, who finished 11th and 12th respectively.

Roglic did manage to share some of the limelight however, catching up with Dennis, having initially been overtaken, to cross the finish line at the same time as the world champion.