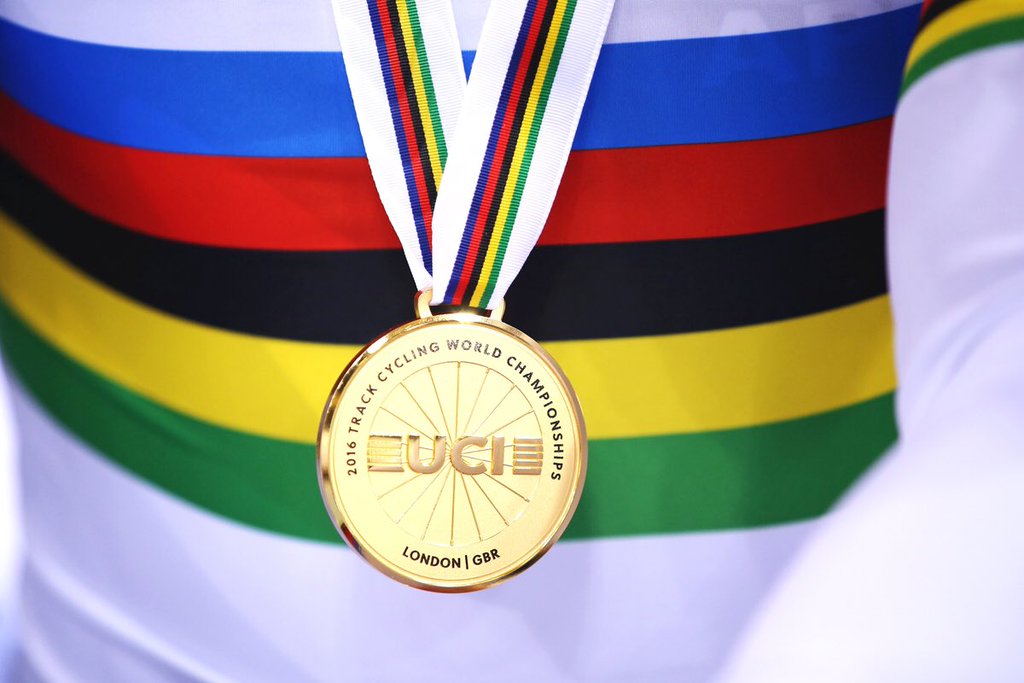 Host nation Great Britain surged into the medal lead on Day 3 of the 2016 UCI Track Cycling World Championships, at the Lee Valley VeloPark in London. Great Britain won three medals, to take their total to six, including a second gold medal. Other world titles were awarded to the United States, Russia and Italy.

The first title of the day went to Russia’s Anastaslia Voinova, in the women’s 500m Time Trial. Voinova became the first two-time winner at these championships, adding the 500m title to her Team Sprint gold. Lee Wai Sze of Hong Kong China took the silver medal, and Elis Ligtlee of the Netherlands the bronze.

The Women’s Team Pursuit title came down to a battle between the United States and Canada. Neither has won the world title before, and for the first 1000m of the 4000m race the battle remained close. However, the USA began to steadily pull away in the second half of the race, to win by almost three seconds. For seven-time world champion Sarah Hammer of the USA it was an emotional first team title. Great Britain, the Olympic champion on this track, took the bronze medal ahead of New Zealand.

The Men’s Individual Pursuit title went to 19 year old Filippo Ganna of Italy, with a time of 4:16.141, finishing over two seconds ahead of Domenic Weinstein of Germany. The battle for the bronze was between two British riders, with Andrew Tennant beating compatriot Owain Doull.

The final title of the evening went to Great Britain’s Jonathan Dibben in the Men’s Points Race, after a battle to the final sprint. Dibben won the final sprint to score maximum points, putting him in a tie at 48 points with Austria’s Andreas Graf. Dibben took the title by virtue of winning the final sprint. Kenny De Ketele of Belgium took the bronze medal.

The Men’s Omnium concluded its first three of six events, with two riders tied on points. Defending champion Fernando Gaviria of Colombia and Italy’s Elia Viviani go into the second day with 102 points each, followed by Thomas Boudat (France) and Roger Kluge (Germany) at 96 points each.