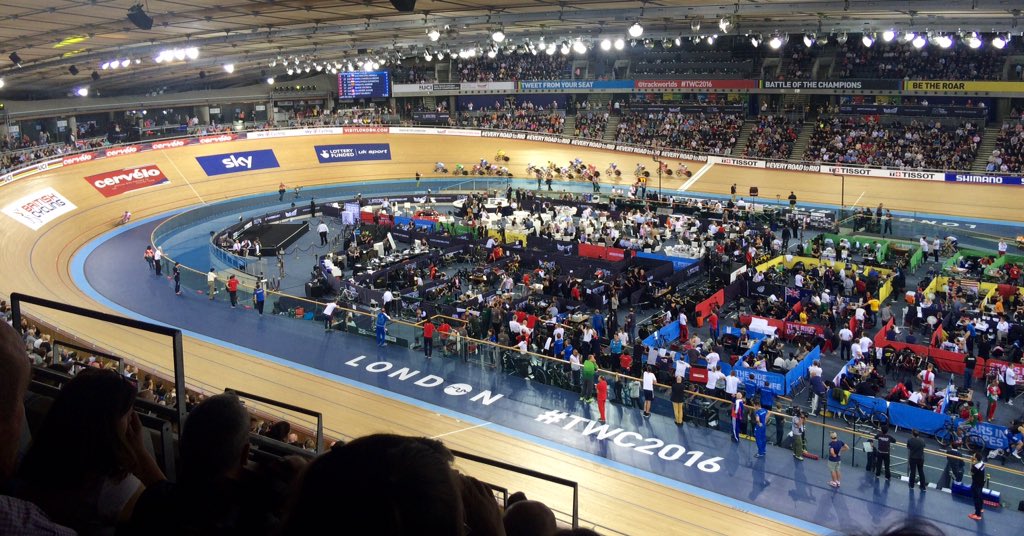 Saturday marked the penultimate night of the 2016 UCI Track Cycling World Championships in London, which saw three titles awarded, with the host nation adding a third gold medal to their total to lead the standings.

Meanwhile, Poland and Colombia each took their first titles of the championships. Britain continues to lead the overall medal count with seven medals.

Katarzyna Pawlowska of Poland won the first world title of the day in the Women’s Points Race. Pawlowska won by a slim one point margin over Jasmin Glaesser of Canada and Arlenis Sierra Canadilla of Cuba. If Glaesser hadn’t lost the final sprint by half a wheel, the Canadian would have taken the title.

The Men’s Omnium proved to be even closer, with all three medal winners tied at 191 points, after six events and two days of racing. Elia Viviani of Italy entered the final Points Race in the lead, but defending champion Fernando Gaviria of Colombia scored points in six intermediate sprints, while both Roger Kluge (Germany) and Glenn O’Shea (Australia) each lapped the field twice. With all three riders at 191 points, it came down to who crossed the line first at the end of the Points Race, and that was Gaviria.

The final title of the night was for the marquee Men’s Sprint competition. After two days of heats, the championship came down to defending Olympic champion Jason Kenny of Great Britain and Matthew Glaetzer of Australia, the two fastest qualifiers at the beginning of the Sprint competition. Glaetzer took the first of three rides, but Kenny came back to take the second in a photo finish, and then capped off the evening for the local crowd with a second win for the gold medal.