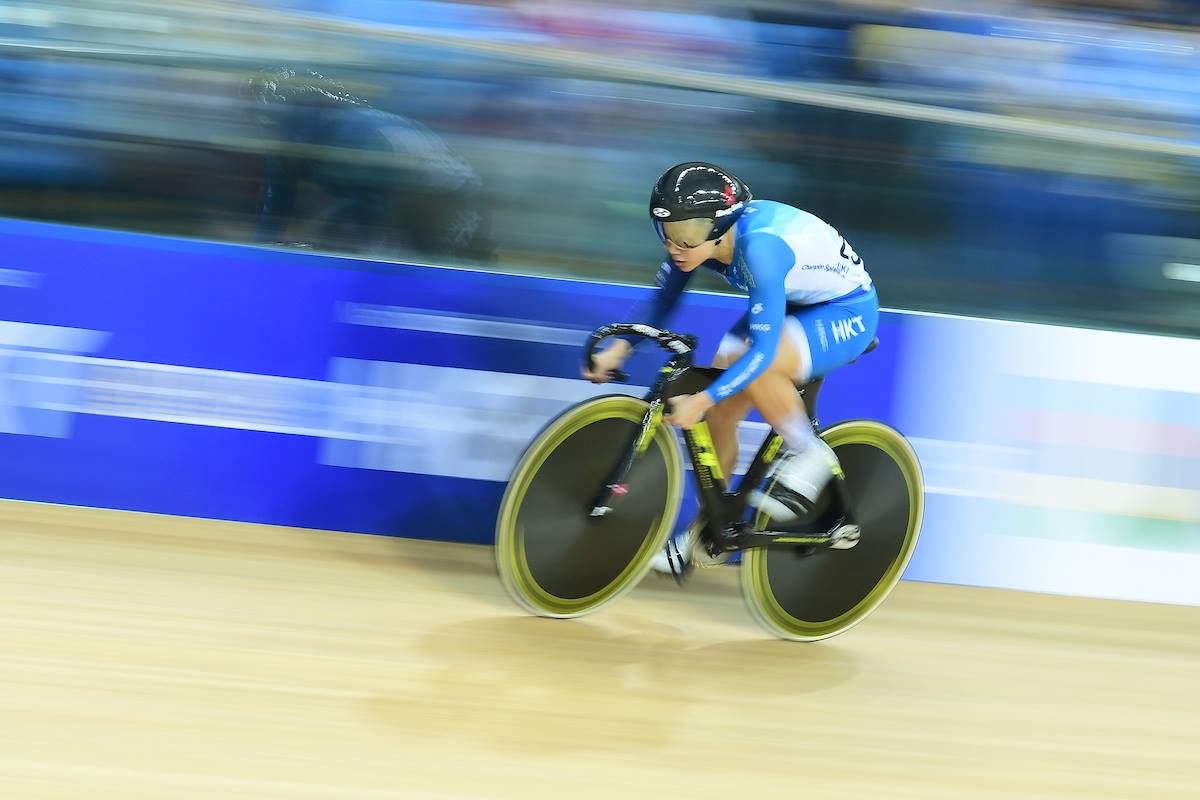 Four nations won gold medals on Thursday, the second day of the 2017 UCI Track Cycling World Championships presented by Tissot, held at the Hong Kong Velodrome, located in the Tseung Kwan O Sports Grounds. Australia, Poland, Malaysia and the USA all took their first titles at these championships.

Australia raced their usual rivals, New Zealand, in the Men’s Team Pursuit final for gold. The Australian team, which had come within three-tenths of a second of the world record in an earlier round, took an early lead, but New Zealand fought back, moving into the lead at the three-quarter mark. Australia put on a surge in the final 1000 meters to finish 2.476 seconds ahead. Italy took the bronze medal ahead of Great Britain.

The 15 kilometer Men’s Scratch Race saw multiple attacks but the pace was so high that no one could break away until Adrian Teklinski of Poland took a gamble in the final kilometre, attacking during a brief lull in the action. The hesitation behind allowed him to open up almost a half lap lead before the chase began, and he was able to hold to the finish and win the title. Lucas Liss of Germany won the bunch sprint behind for silver, with Christopher Latham of Great Britain winning bronze.

The Men’s Keirin saw Azizulhasni Awang win the first ever world title for Malaysia. In the final lap, Awang made an incredible attack over the top of the field to drop the rest of the riders and win by three bike lengths. Fabian Puerta Zapata of Colombia won the silver medal and Tomas Babek of the Czech Republic took the bronze. Awang was the Keirin bronze medalist in the last two years, and accounts for five of the six medals Malaysia has won at track world championships.

The day finished with a Women’s Team Pursuit final that had spectators standing and cheering. Defending world champions United States charged out to a lead of over a second in the first kilometer, but Australia came back at the 2500 meter mark and the lead began swinging back and forth for the rest of the race. Going into the final lap, Australia led by 0.412 seconds, but Chloe Dygert went to the front for the United States and drove her team to the finish line for the win. New Zealand beat Italy for bronze.