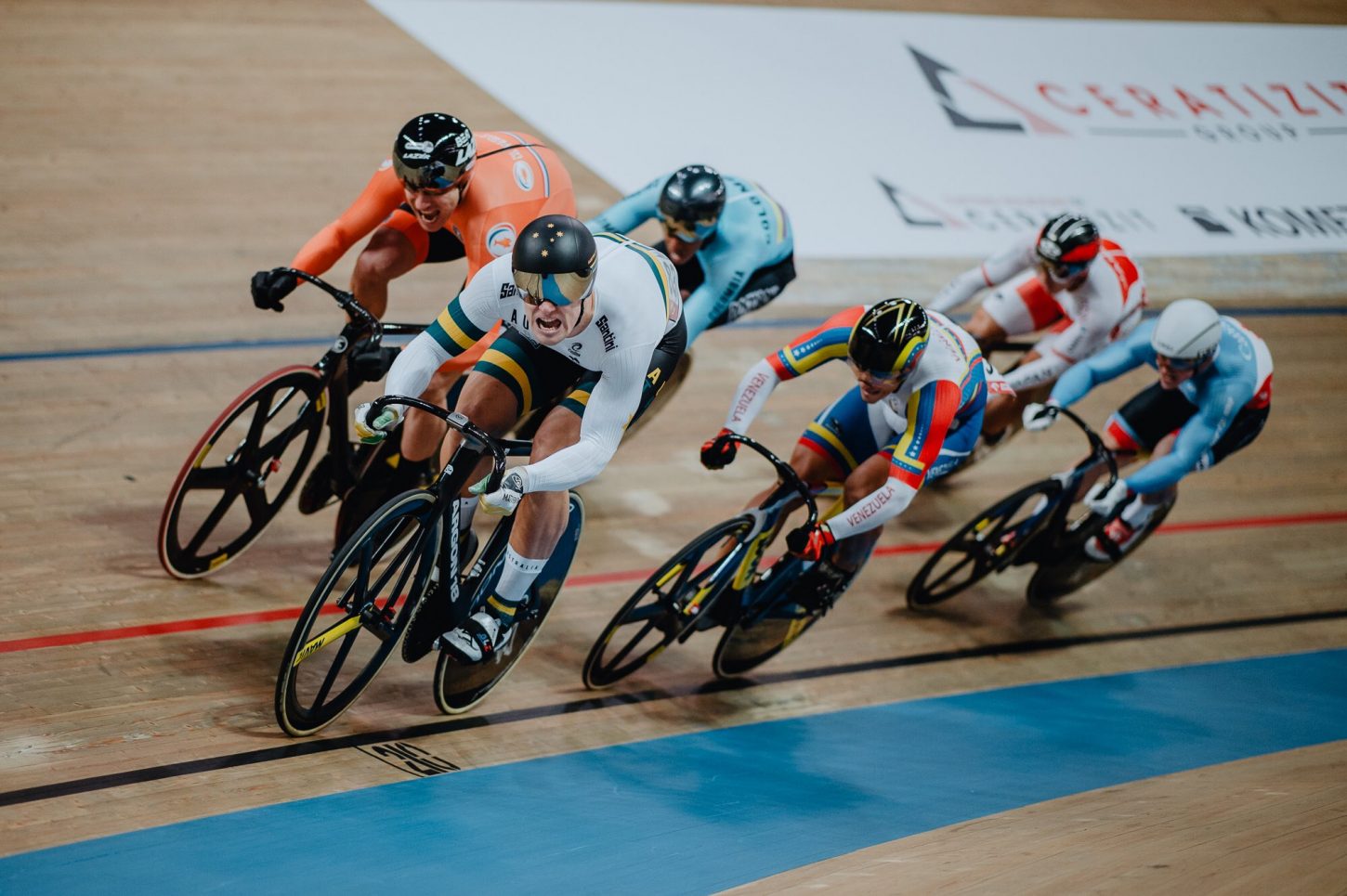 Australia dominated the second day of competition at the 2019 UCI Track Cycling World Championships in Pruszkow, Poland, winning three of the four titles awarded on Thursday. The Netherlands was the only other nation to win a rainbow jersey, their second of these championships.

Australia won both the women’s and men’s Team Pursuit titles, beating Great Britain each time. In the men’s competition, the team of Sam Welsford, Kelland O’Brien, Leigh Howard and Alexander Porter shattered their own world record by an impressive 1.8 seconds, setting a new time of 3:48.012. Denmark won the bronze medal.

“What can I say except thank you, I am so grateful to be a part of this team,” said Howard. “I am fortunate that I have come back into the program with such a fantastic group, not just the riders but the staff has developed so much since I was last in the program and I couldn’t be more thankful to everyone.”

The women’s Team Pursuit was a much closer competition, with the Australian team of Annette Edmondson, Ashlee Ankudinoff, Georgia Baker and Amy Cure beating Great Britain by a slim 0.204 seconds. New Zealand won the bronze medal.

In the men’s Scratch Race, Sam Welsford completed an unprecedented double, when the Australian won his second world title of the evening less than 45 minutes after riding as part of the record-setting squad in the Team Pursuit. Welsford held off Roy Eefting of the Netherlands and Thomas Sexton of New Zealand to accomplish this remarkable feat.

“It has been a crazy thirty minutes, I am gobsmacked,” a shocked Welsford said. “To do a forty-eight with my boys Kel, Cam, Leigh, Porter, that’s the best thing I could ever imagine.  To break our own world record and leading into the Olympics next year is bloody awesome. The icing on the cake is the win in the scratch race.  It’s a dream come true for us.”

The men’s Keirin title went to Matthijs Buchli of the Netherlands, the reigning World Cup champion in the event, and a member of the world champion Team Sprint squad a day earlier. Japan won their first medal of the championship with Yudai Nitta’s silver, and Stefan Botticher of Germany took bronze.

“When I ended up in the final, I knew nothing was as important as winning,” said Buchli. “I had wasted a lot of energy in the first rounds, so if I wanted to win, it would have to be through a late sprint.  Matthew Glaetzer [Australia] went early and took Stefan Bötticher with him, which gave me the perfect lead-out to the line.  I timed my sprint at just the right moment, and now I’m world champion.”