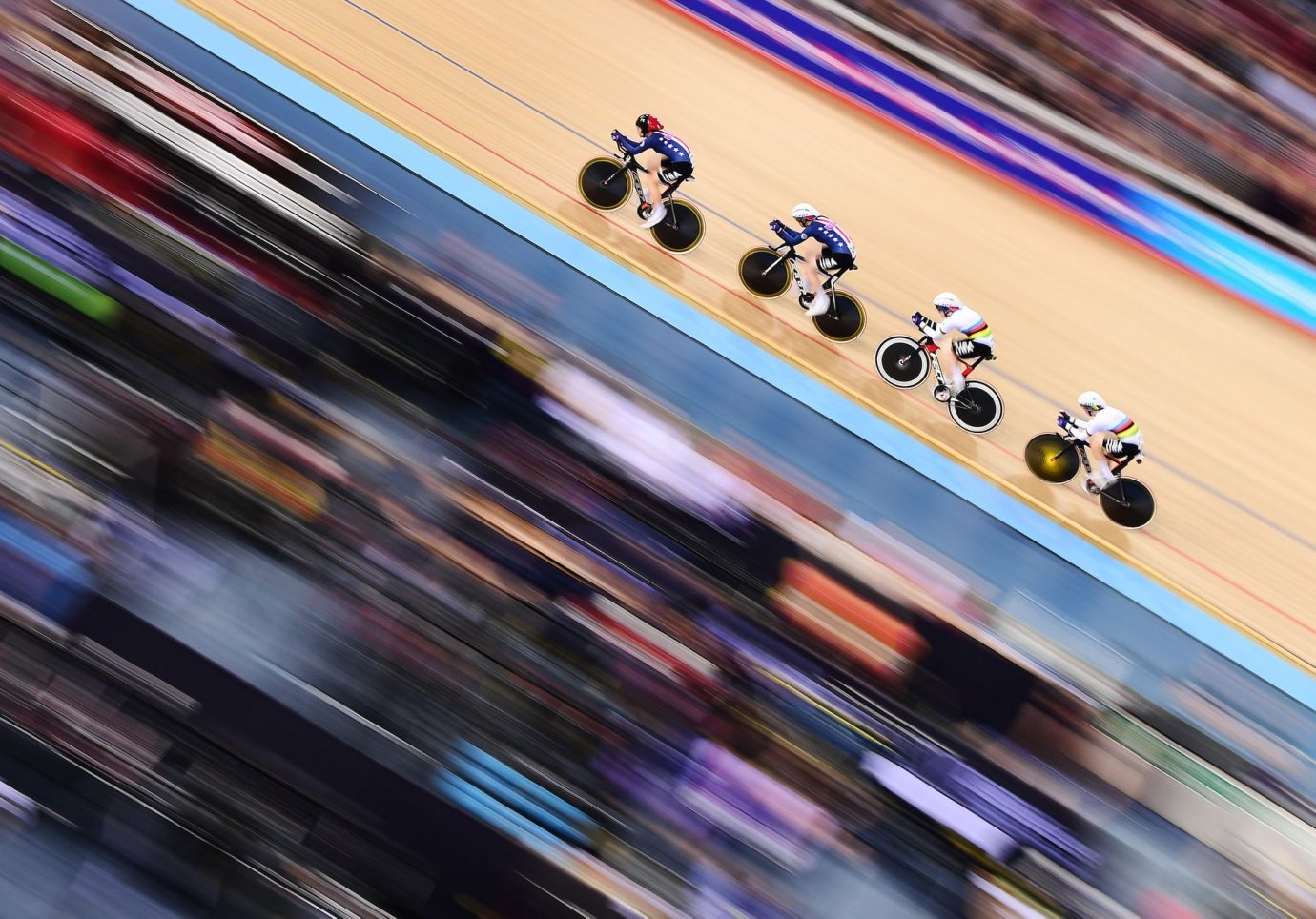 Two week after Berlin, the Tissot UCI Track Cycling World Cup headed to London, Great Britain, for Round 4 at the Lee Valley VeloPark, on December 14-16.  Completed in 2011, the velodrome was the site of the 2012 Olympic and Paralympic Games track events and was the site of Bradley Wiggins’ successful UCI Hour Record ride in 2015.

Five countries and one UCI trade team won gold medals, with a total of 17 teams winning medals.  The Netherlands beat out host Great Britain by one medal for top honours, with four gold and three bronze.  Great Britain took three gold, two silver and one bronze, and Australia was the only other team to win multiple events, with two golds and two silvers.

Of the 12 titles awarded, five riders won double gold, with Britain’s Katie Archibald and Laura Kenny sharing gold in both the Team Pursuit and Madison.  Dutch riders Matthijs Buchli and Harrie Lavreysen won together in the Team Sprint and split the other sprint events, with Buchli taking the Keirin and Lavreysen the Sprint.  Stephanie Morton of Australia was the only rider to win two individual events, taking both the women’s Keirin and Sprint titles.

Australia’s Stephanie Morton looks to be picking up the mantle of her legendary team mate Anna Meares in the women’s sprint events.  Morton is currently ranked Number 1 in the UCI world rankings for the Sprint, with her second straight win in the Tissot UCI Track World Cup, in London.  She has finished on the podium in all four events this season.  She is the Continental Champion and the Commonwealth Games champion, as well as finishing second at the UCI world championships.  In the Keirin, Morton won the fourth round of the World Cup and took the silver medal in Round 2, as well as winning the Continental Championships and the Commonwealth Games.