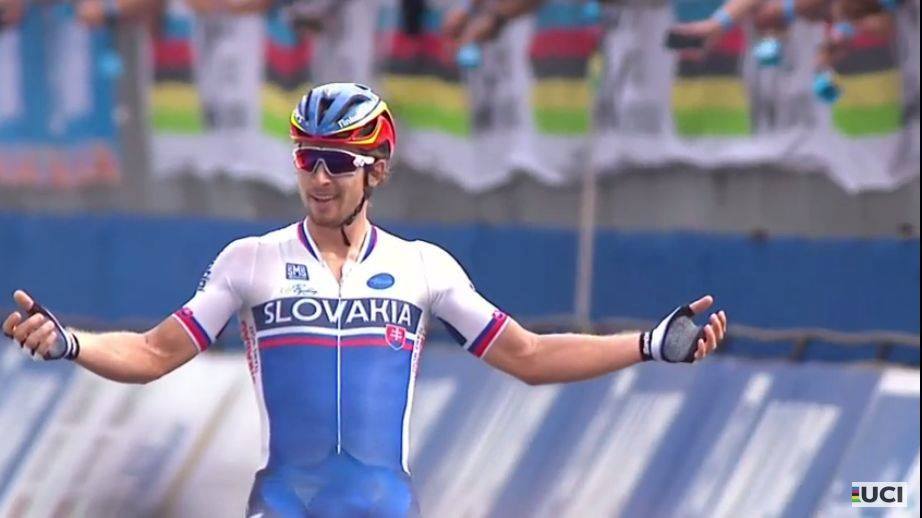 With about a kilometer remaining, Peter Sagan attacked during the penultimate climb, and subsequently held off an ensuing peloton through the final corners, to claim the Elite Men’s World Championship road race in Richmond, Virginia today.

Sagan had opened up such a gap over his closets rivals, Michael Matthews of Australia and Ramunas Navardauskus of Lithuania, the Slovakian rider was able to ride hands-free across the finish.

“Yeah, I think it’s the biggest victory and I am very happy,” said Sagan. “I did a lot of sacrifice this last three weeks after the Vuelta. It’s unbelievable for me. I did just one attack, and I think it was the right attack.”

“The race was very strange,” and made him a little bit “crazy.”

“I was waiting, waiting. Everybody had to be tired,” he said. “I gave all the energy I had. I was hoping for the last cobblestone line and from there it was just gas it to the finish.”

The day’s breakaway formed shortly after riders departed from the University of Richmond and made their way toward downtown, where thousands of fans lined the 10-mile circuit.

Among those in the eight-man move was American rider Ben King, who was one of the first riders in the group, to lead them up the cobbled climb of Libby Hill, ensuring the U.S. would be well-represented in the first world championships on home soil since 1986.

King was accompanied by Conor Dunne (Ireland), Ivan Stevic (Serbia), Sung Park Baek (Korea), and then joined by Jesse Sergent (New Zealand), Carlos Alzate (Colombia), Andriy Khripta (Ukraine) and Serghei Tvetcov (Romania), and from there, the breakaway group went on to create more than a four minute advantage over the peloton.

However, with five laps remaining, a determined peloton brought the curtains down on the breakaway group’s effort, as they were all caught with 36 kilometers to go.

However, their efforts failed as well, and the peloton was back together for the final lap.

From there, Zdenek Stybar of the Czech Republic was first to attack on Libby Hill, as John Degenkolb of Germany and Greg Van Avermaet of Belgium joined him in earnest.

Sagan, who hid safely in the peloton all day, finally made his push to the front.

At that point, he raced past Van Avermaet along the steep descent – quickly opening up a slight gap.

By the time Sagan hit last left-hand turn onto the finishing straight, he was well clear of the field – and went on to claim the gold medal in a solo victory. 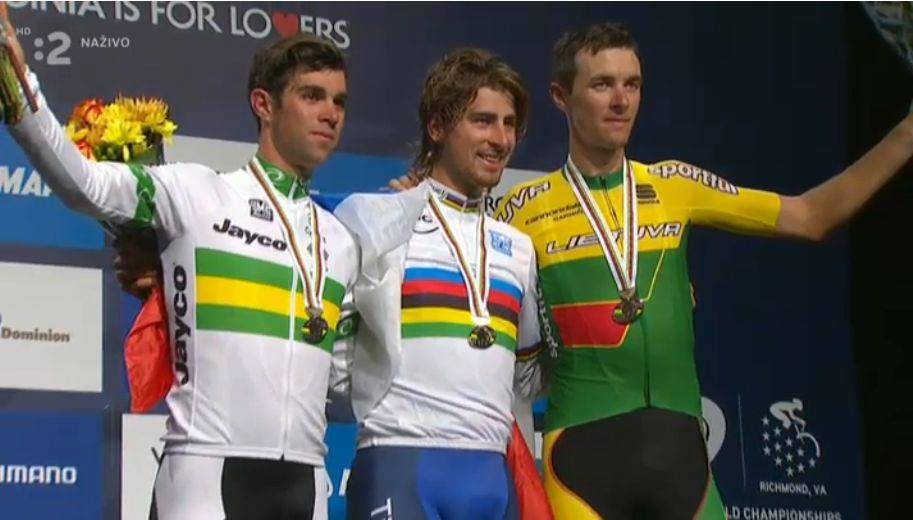