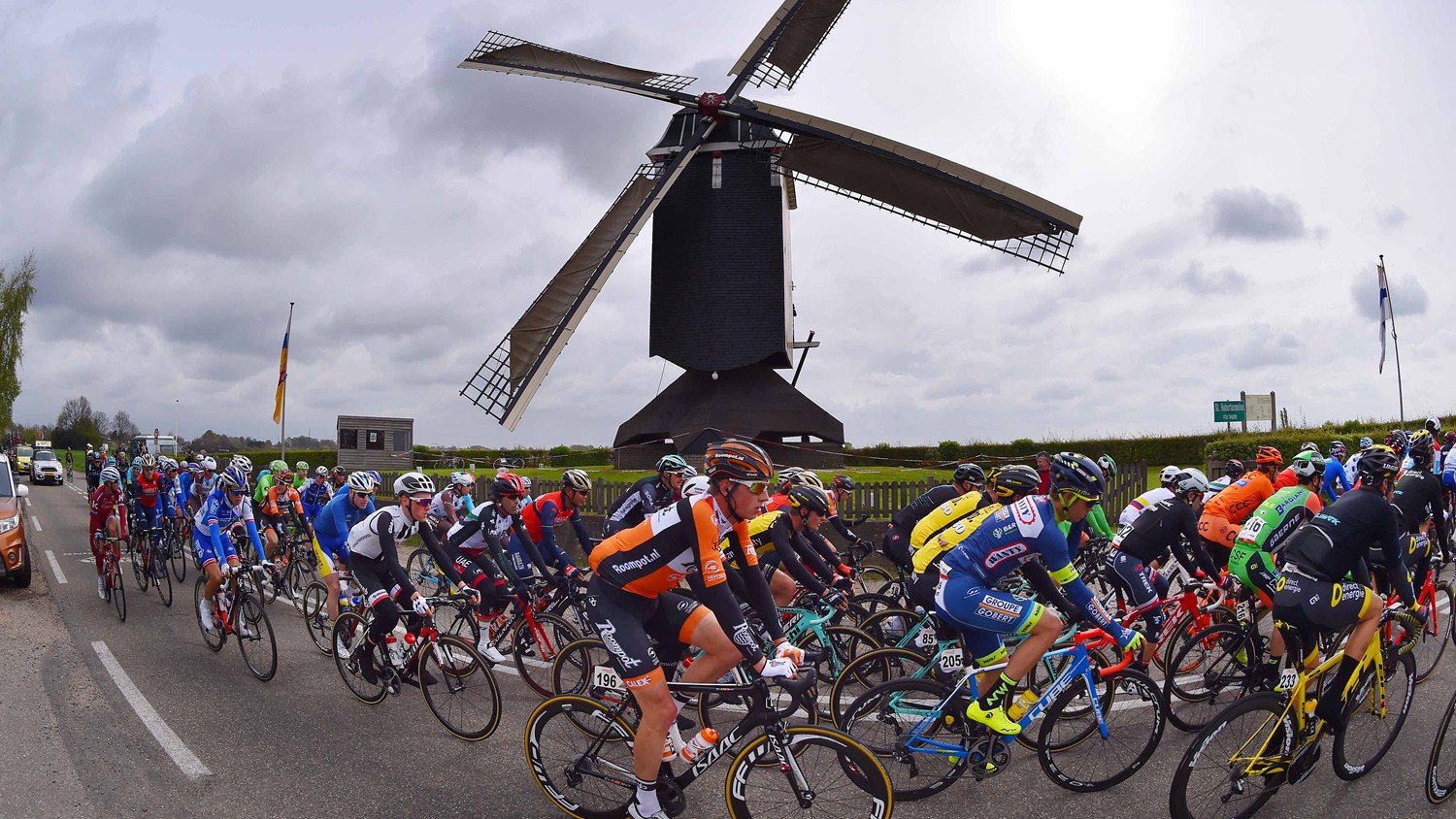 Philippe Gilbert’s superb spring campaign has continued with a second major Classic victory for the Belgian in three weeks, this time scooping his fourth win in the Amstel Gold Race.

Already the winner of the Ronde van Vlaanderen this spring, in the Amstel Gold Race the Quick-Step Floors racer broke away from a break of seven on the final climb, the Bemelberg, as he followed a driving attack by Michael Kwiatkowski (Team Sky). Gilbert then outsprinted Kwiatkowski to add a fourth victory to his wins in 2010, 2011 and 2014, one less than the record set by the Netherlands’ Jan Raas.

“My goal is to win a Classic every year. I won two this year, maybe to make up for the years I didn’t,” Gilbert said afterwards.

Not yet 24, Danny Van Poppel (Team Sky) is already making a name for himself as an up-and-coming sprinter. Having turned pro in 2013 with the Vancansoleil – DCM ProCycling Team, Van Poppel clinched a stage of the Vuelta a España in 2015 and has also snapped up stages at the Vuelta a Burgos, the Driedaagse van West-Vlaanderen, the Tour de Yorkshire and the Tour de Wallonie. Interestingly, the Dutch rider has also shown promise in short prologues, with a win this season in the Herald Sun Tour’s opening time trial.

After a relatively slow start to the season in March, Olympic Champion Anna van der Breggen (Boels-Dolmans Cycling Team) is now in top form. The Dutchwoman won the Amstel Gold Race with an impressive solo attack in the last ten kilometers, proving she will also be a main contender for the two upcoming UCI Women’s WorldTour races in the Ardennes. Elizabeth Deignan took second place for the same team on home turf – just a few kilometres away from the headquarters of their main sponsors.

Just in time for the first full Ardennes week in the history of women’s cycling, Boels-Dolmans Cycling Team seems to be back on top. Katarzyna Niewiadoma (WM3 Pro Cycling Team) and Annemiek van Vleuten (Orica-Scott) shared third place after the finishing photo could not decide who was first over the line. Coryn Rivera (Team Sunweb) finished sixth after just being dropped on the infamous Cauberg. She continues to lead the UCIWWT individual rankings.

After a strong start to the season, with second overall at the Santos Women’s Tour in Australia, Janneke Ensing has been one of the most consistent riders this spring. The 30-year-old Dutchwoman was 9th at the Tour of Flanders and 14th at the Amstel Gold Race and collected a number of Top 10 and Top 15 finishes. A speedskater since the age of eight, Ensing started cycling as part of her training.

The qualified dietician started racing at top level with teams like Hitec Products, Boels-Dolmans Cycling Team and Parkhotel Valkenburg before moving to Alé Cipollini this winter. She was second at Gent-Wevelgem in 2014 and 2015. This year she attacked in the last kilometers in Wevelgem, but was caught back by the sprinting bunch.