US Madison National Track Cycling Championships to be Held in Detroit 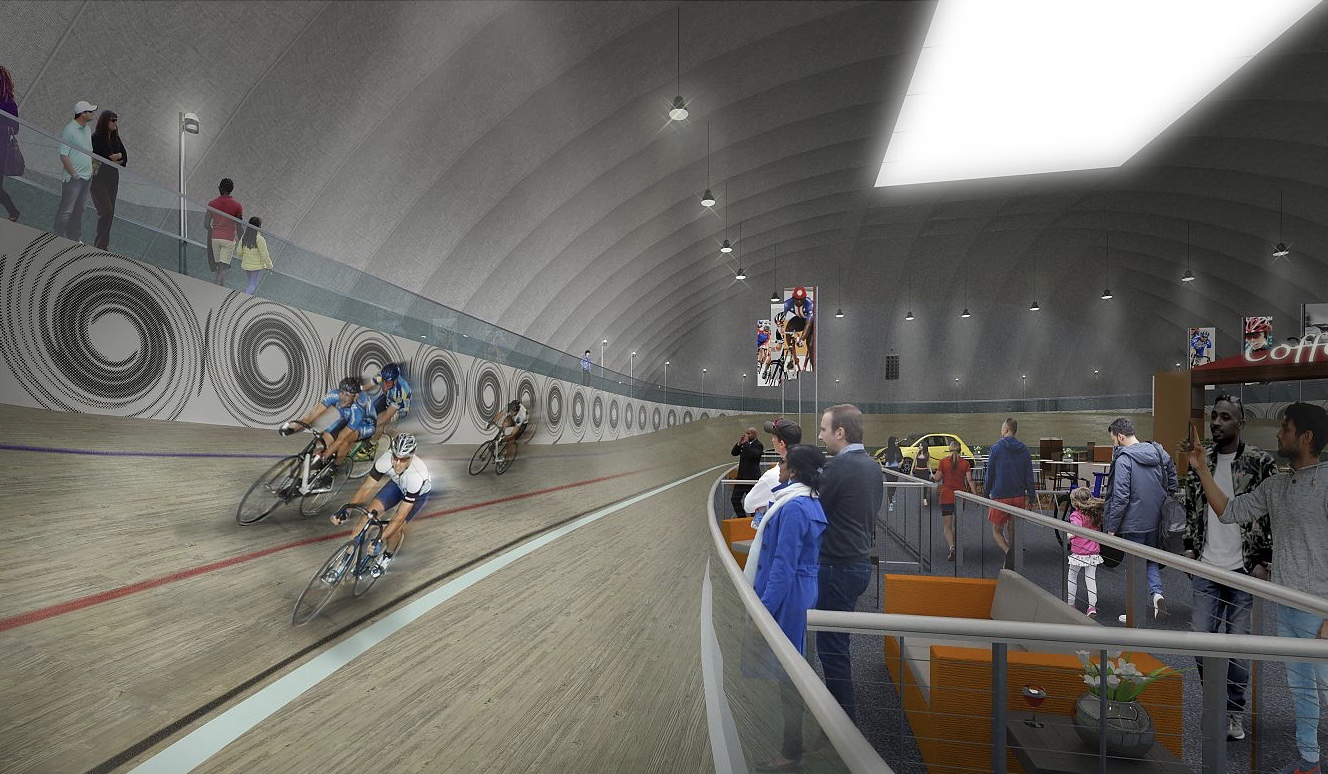 The Detroit Fitness Foundation (DFF) has been selected by USA Cycling (USAC) to host the 2017 US Cycling Madison National Championships at its indoor multi-sports complex, a 64,000 square foot project that is set to open by fall.

“USA Cycling is excited to bring our 2017 and 2018 U.S. Cycling Madison National Championships to the Detroit Fitness Foundation’s new Indoor Multi Sport Complex,” said Tom Mahoney, USAC National Events Manager. “We’re delighted to be a part of shining a spotlight on this new, world-class velodrome being built right here in the United States.”

USA Cycling is the governing body for Velodrome Track Cycling races in the United States. USAC is affiliated with the United States Olympic Committee (USOC) and the Union Cycliste Internationale (UCI).

Detroit’s new cycling velodrome will feature a steep, oval track and meets hosting facility requirements with its 166 meters of wood surface oval banked 15 degrees in the two straights and 50 degrees in the two turns. The indoor complex also includes run/walk/skating lanes, fitness class areas and a cafe with light food and drinks.

The complex will be an air dome structure designed and built under the leadership of world-class velodrome developer Dale Hughes, and will house the second permanent indoor cycling velodrome in the United States.

Hughes, a lifetime resident of Metro Detroit, has designed and built more than 20 velodromes worldwide, including the 1996 Olympic Velodrome in Atlanta and the 2015 Pan Am Games Velodrome in Toronto.

“Being selected for this national championship is the kind of opportunity we hoped to attract to the city of Detroit with this project,” he said. “We have a strong cycling community and it’s incredibly exciting to bring this unique sport to our new venue and introduce the Detroit community to a fun and competitive sport.”

Partnering with the DFF is the Detroit Sports Commission (DSC), which hopes to help recruit and build out an international cycling calendar of events for the velodrome in the future, while encouraging local participation in the community during amateur events.