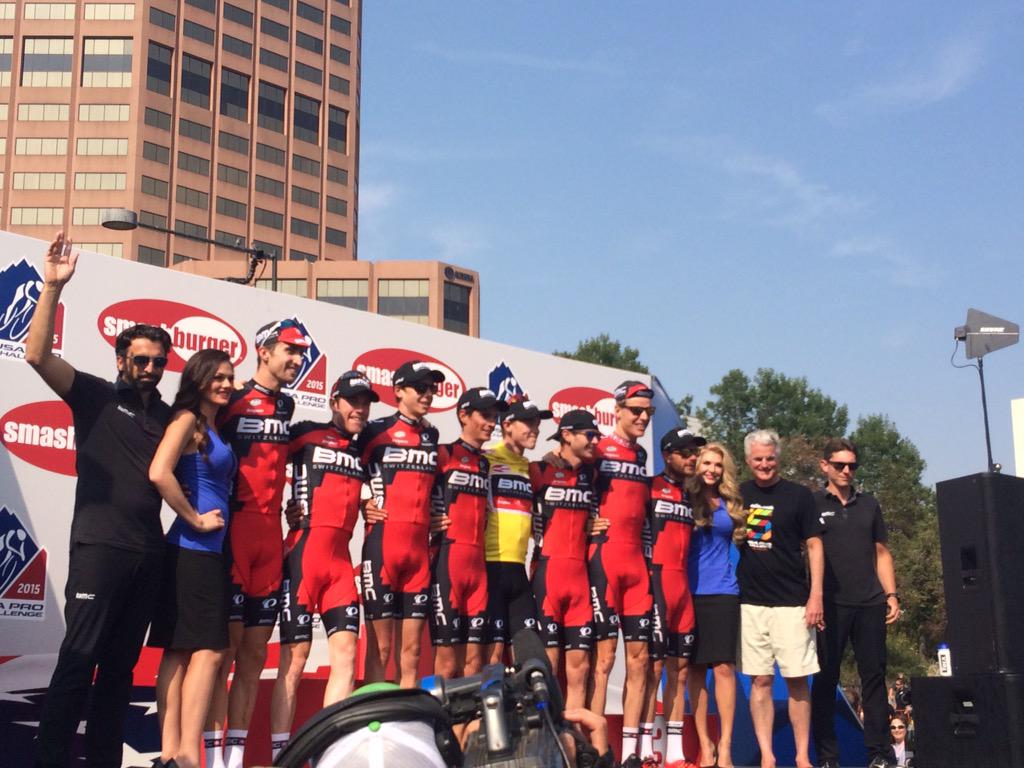 John Murphy (UnitedHealthcare) claimed the 7th and final stage of this year’s USA ProChallenge today, in a close showdown with Taylor Phinney during the final circuit around Denver’s Civic Center Park.

What remained of the day’s breakaway group, Chris Anker Sörensen (Tinkoff-Saxo) and Greg Daniel (Axeon), were eventually caught during the final 14 kilometers.

From there, UnitedHealthcare took over the pace setting – heading into the final lap, with Jamis-Hagens Berman right there on cue as well.

With 6 kilometers to go, BMC then moved into place, Michael Schar on the front and Taylor Phinney bring up the rear.

At that moment, Dennis made a surge – quickly opening up a slight gap.

However, as the race headed into the final kilometer, UHC managed to chase him down.

Phinney was the next rider to try his luck, but Murphy was there to mark his move – subsequently getting the best of the BMC rider on there line. 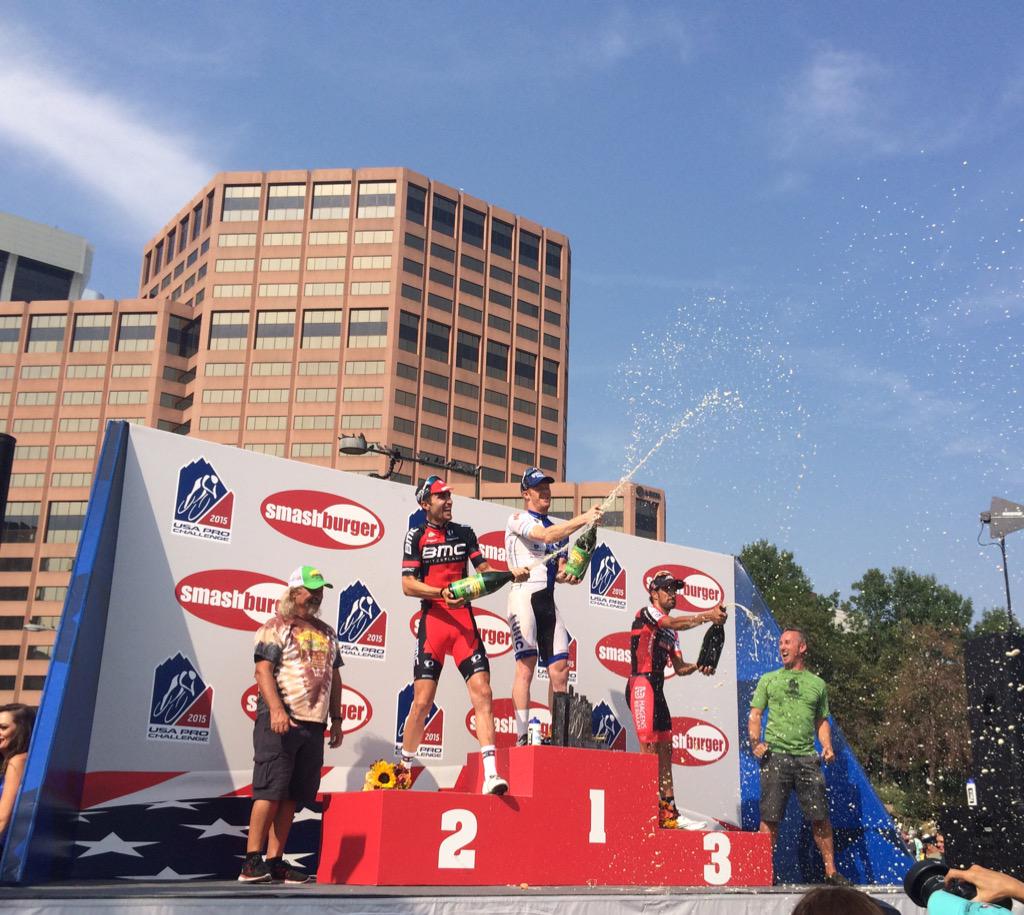