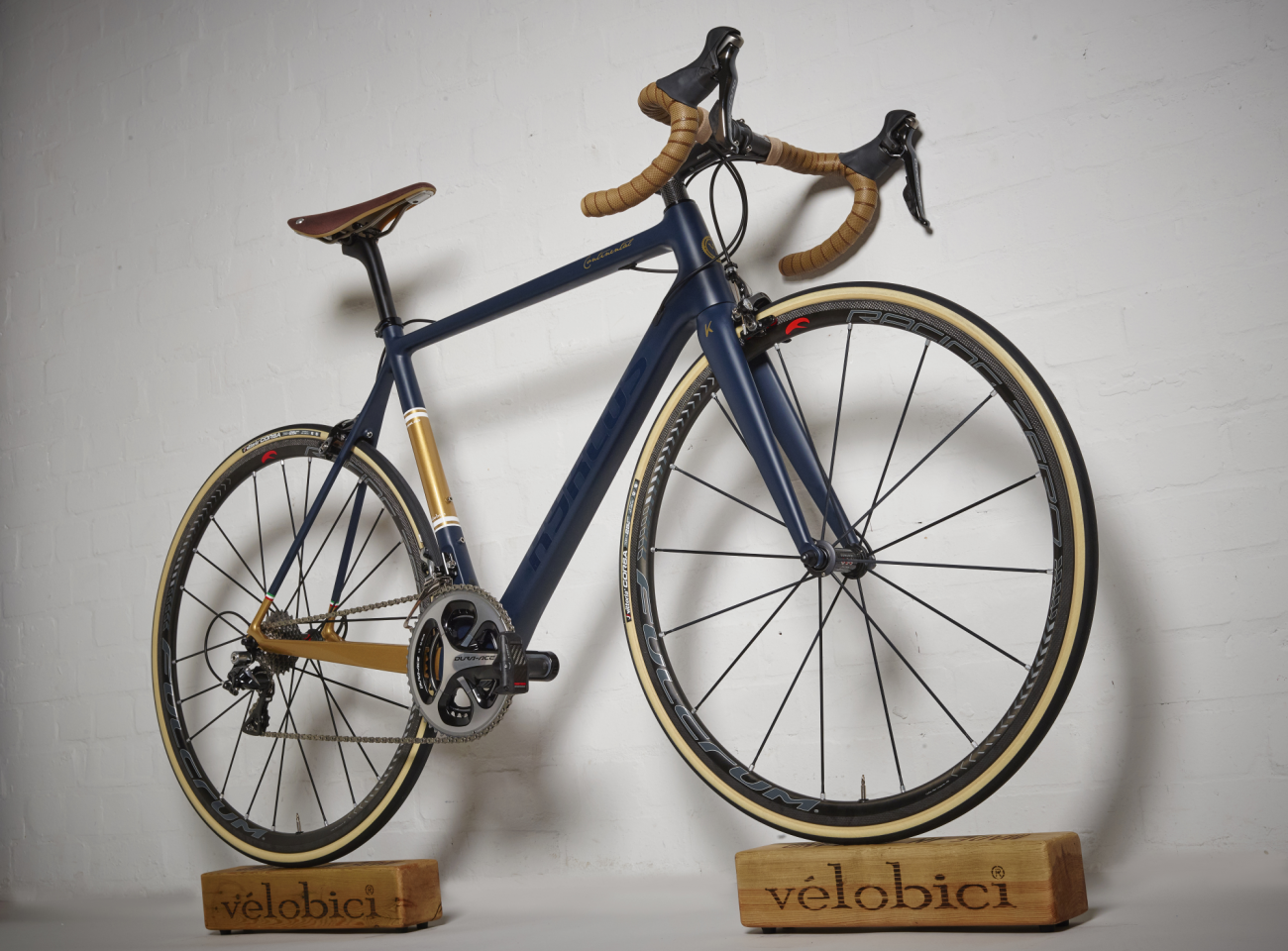 Once you get past the initial allure of the Vélobici Kyklos Continental road bike, ambiguity surrounds who’s responsible for the actual making of this bespoke gem of a bike.

First, there’s the obscure Kyklos name emblazoned on the downtube, confounded by the Vélobici crest on the headtube, which is a company that’s only known for making high end cycling apparel. Then, throw in former Giro d’Italia winner, Danilo di Luca, who appears to have been involved in the design of the bike on some level, one is left completely confused as to its origins.

However, after some research, it became clear that the Kyklos name refers to a small, artisan workshop located in Pescara, Italy, who actually makes the Continental frameset, while the British apparel brand (yes, that’s right, a British apparel brand with an Italian name) sells it as part of its bespoke range products. Di Luca falls in as the brand ambassador, laying his hands on the Continental and giving it his blessing as an accomplished ex-pro who knows a few things about how a bike should perform.

Now that the circle is complete, which by the way Kyklos is the Greek word for circle, the Vélobici Kyklos Continental is the direct result of this three-way partnership.

To wit, “our partnership with Kyklos is born out of mutual respect. We were hugely inspired by Danilo during his riding years and he has long been a fan of our performance wear, so we were keen to work together to develop a road bike that could exceed expectation aesthetically and in performance”, says Vélobici founder Chris Putnam.

While it’s exciting to discover that the Vélobici Kyklos Continental represents a modern-day carbon fiber frameset that’s still being made in an old-world fashion in Italy, something that seems to become rarer by day, it’s even more impressive to see that it shies away from far-flung designs, and instead relies upon classic styling and more traditional tube shapes and profiles for its balance and poise.

The Vélobici Kyklos Continental can be purchased directly from either Vélobici or Kyklos’ website.

Kyklos also offers a range of other road models, all which are handmade in-house at the Italian brand’s workshop as well.