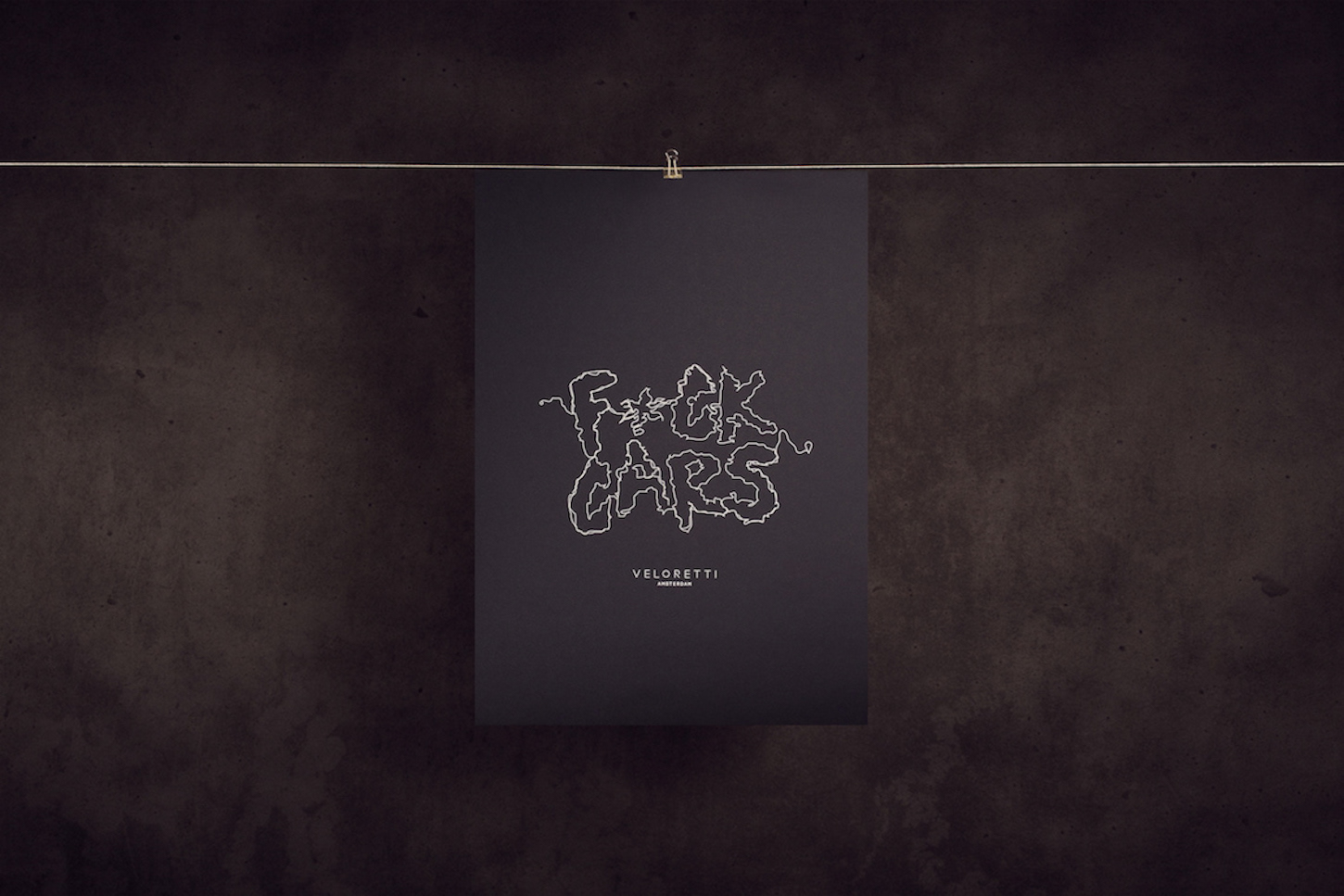 In Europe’s biggest cities the war between cyclists and motorists is at its peak. Whether in Paris, London or Rome, cyclist suffer from noise, the pollution and the danger caused by the many vehicle on the road.

Veloretti, an independent bicycle brand from Amsterdam, has decided to become the voice of these silent sufferers.

When a car brushes past a cyclist. You’re likely to hear a whole tirade of expletives! This is precisely the message that Veloretti decided to convey in its latest short film – produced by Anomaly and 7th Flr. But instead of saying it out loud, they choose to say it with a bike of course.

The film follows a hacker across a city that is far from the Amsterdam we know from postcards, a mesmerizing machine tracks his GPS data in realtime, and reproduces the exact path of his ride on a black sheet of paper.

It’s only at the end of this 76.8 kilometer long bike ride that we discover the result of his performance.