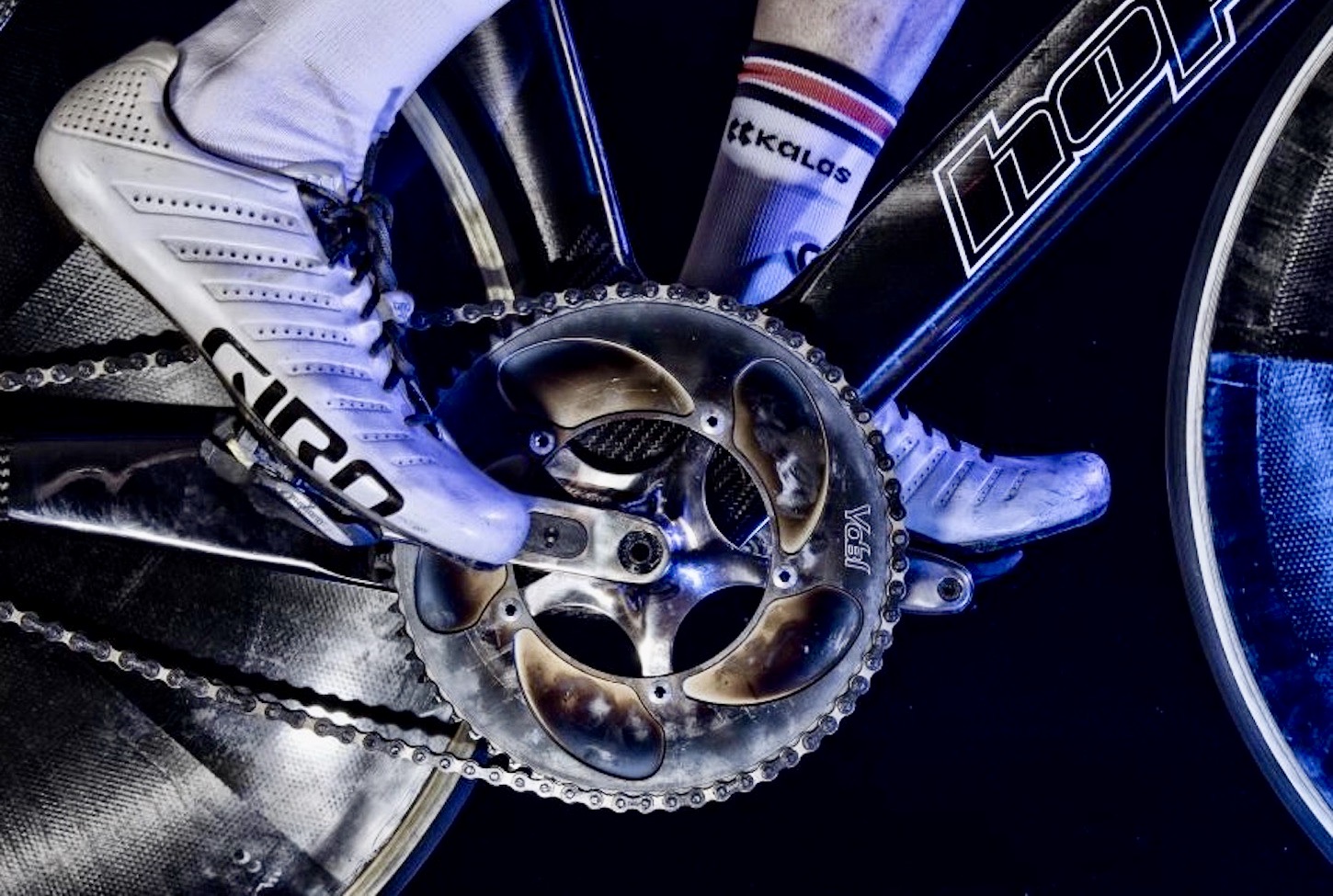 Dubbed the Infocrank 3D Ti, the power meter has been in development for years by Verve Cycling, which adopted additive manufacturing last year in order to deliver greater flexibility and customization to its design.

British Cycling is already using a track variant of the crankset to deliver significant advantages to its riders.

“Traditionally in manufacturing you can only design for areas that you can access – essentially the outside. However for cranks the ideal shape is a closed box with some internal structures and varying wall thickness,” says, Verve Cycling CEO Bryan Taylor

Verve Cycling first launched the Infocrank power meter in 2014, which soon gained a reputation for accuracy and reliability.

The component was one of the first cranksets to include a power meter in both left and right cranks to deliver true left-to-right power measurement, and according to Verve is the “most accurate” power meter currently available.

In 2016, the company teamed up with British Cycling to develop a track-specific version of the Infocrank, with reportedly around a third of Tokyo 2020 medallists using the crankset in training for the Games. However, despite the accuracy benefits of the power meter, its weighty design meant that the crankset was less popular on the road.

Last year, Verve Cycling partnered with Metron Additive Engineering to re-engineer the crankset using 3D printing in order to reduce the component’s weight and improve its customization. Dimitris Katsanis, Founder and CEO of METRON, had previously worked with the likes of British Cycling, INEOS, and Pinarello to design and 3D print optimized cycling components and equipment.

The new Infocrank 3D Ti crankset integrates the power meter into a new 3D printed titanium crank arm to provide a lighter and stiffer component. The 3D printing process also offers greater flexibility in terms of design, both for achieving the optimal shape of a power meter crank and in customizing the crank’s length according to each rider’s preference.

According to Parsons, 3D printing enabled the team to produce cranks with complex geometries that cannot be replicated by traditional manufacturing methods while still maintaining the ISO standard for crank fatigue tests.

While the companies are vague on the details of the 3D printing technology used to fabricate the power meter crankset, the process is described as: “Ti6Al4V titanium is melted by a high power electron beam under high vacuum conditions, at a facility that is aerospace qualified.”

British Cycling’s track riders are already reaping the benefits of the new Infocrank 3D Ti in training, while a road variant is due to be released later this Spring.

In the meantime, Verve Cycling is offering MTB and BMX compatible Infocrank 3D Ti power meters to consumers with a hefty price tag of around the £4,000-£5,000.