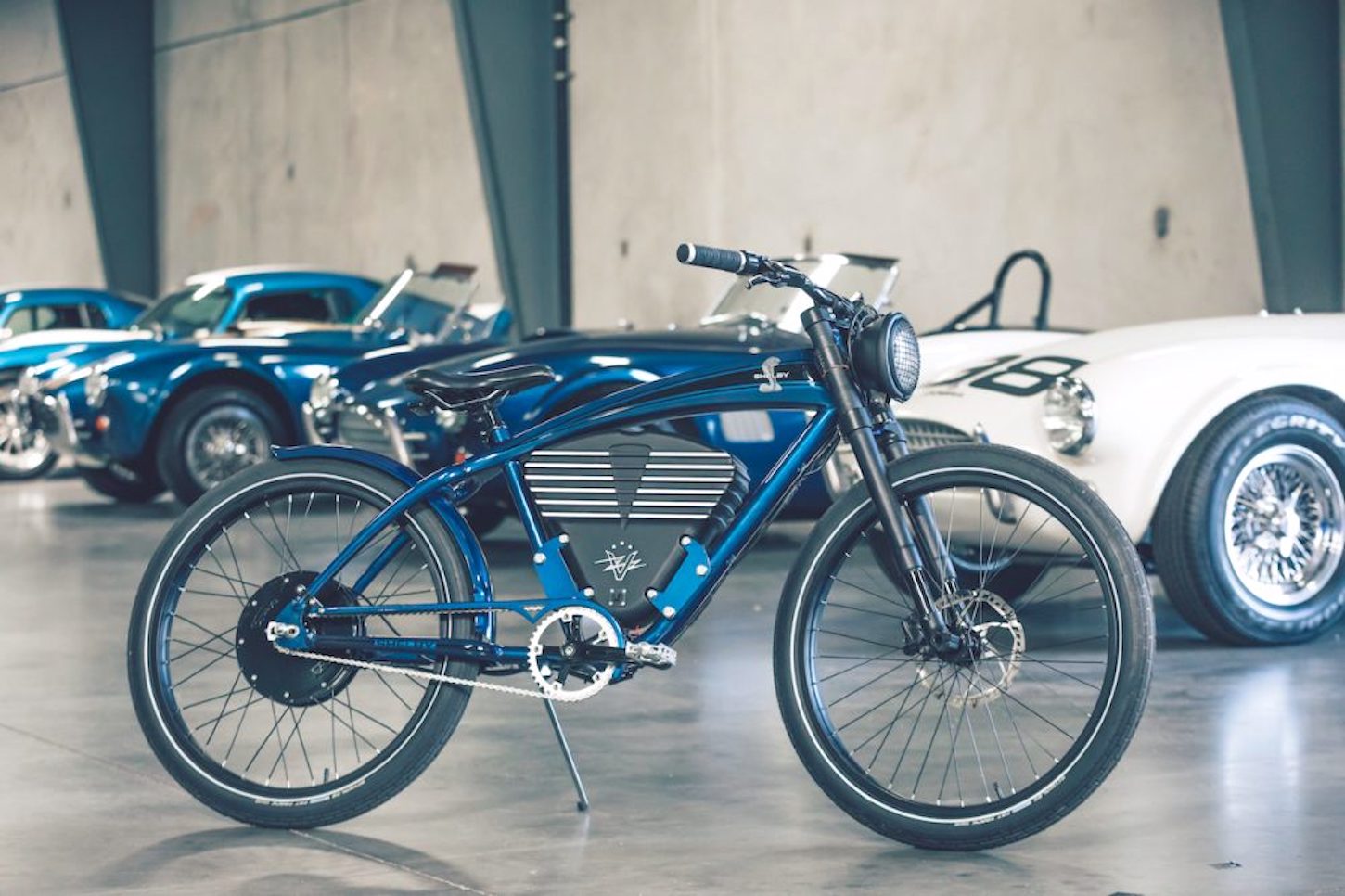 The California-based company, Vintage Electric, has launched a new e-bike that pays homage to auto legend Carroll Shelby, drawing inspiration from his famed 289 Cobra that famously took on Ferrari at the 24 Hours of Le Mans in 1966.

According to Vintage Electric’s founder and lead designer, Andrew Davidge, his company consulted with Aaron Shelby, Carroll’s grandson, while developing the limited edition-bike, which features the brand’s most powerful electric drivetrain to date.

Comprising a powerful 3000-watt direct drive hub motor and a 48V 23.4Ah/1123-watt rechargeable battery, the bike is capable of reaching a top speed of 36mph, along with a range of 40 to 75 miles on a single charge depending on which of the five drive modes are being used.

The frame itself is made from hydro-formed aluminum mated to a front fork that can provide up to 60mm of travel, while braking comes courtesy of hydraulic disc brakes that also regenerate power back to the battery.

Let’s not forget about the paint, which regals Shelby’s iconic N6 metallic blue, along with authentic Cobra logos and badging.