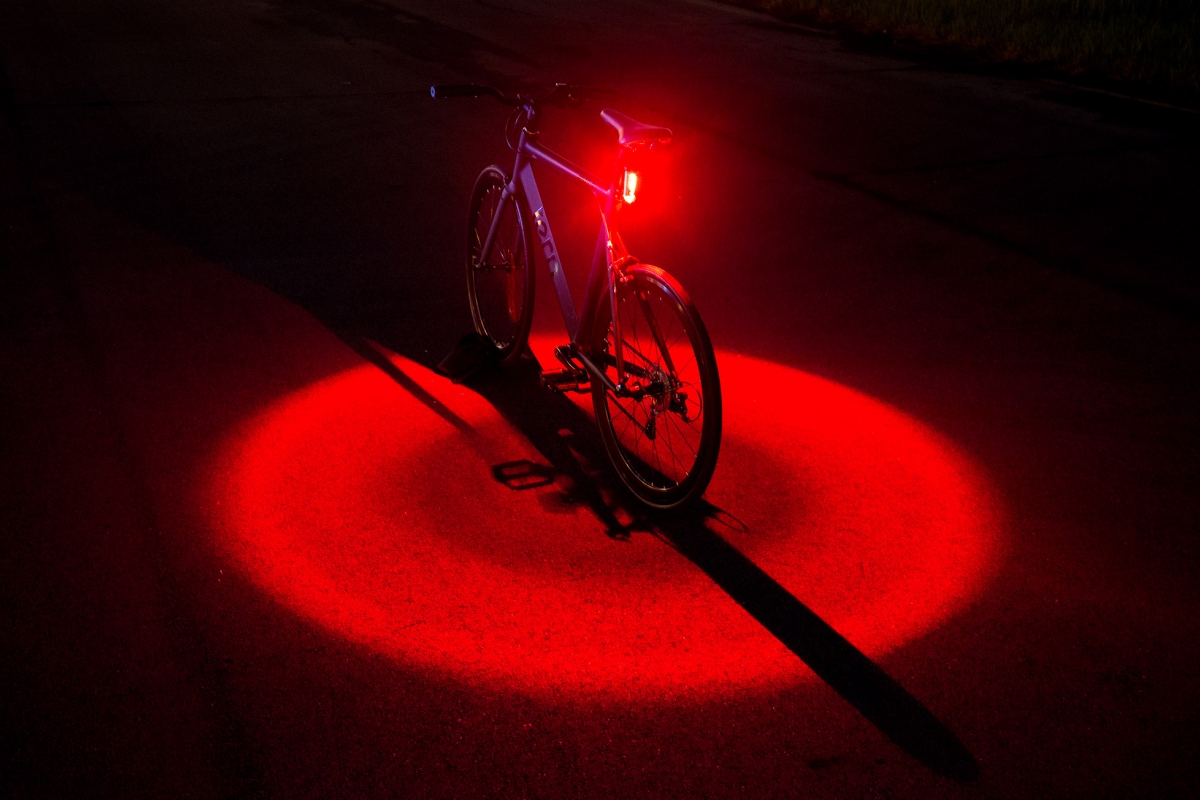 As the days grow shorter and shorter this time of year, cyclists find themselves lacking the visibility they need.

A curious new product by Tern called the Vizy Light reinvents the classic bike light by casting a 360 degree radius of light around the bike with the aim of providing additional visibility for cyclists under low light conditions.

Using a 60-lumen light, the Vizy Light’s halo is intended to mark out a safe passing distance for overtaking vehicles, while adding extra visibility to the rider’s body by virtue of its downward-firing LED.

According to Tern, the philosophy behind the Vizy Light, is that the rider and the bike should be illuminated instead of projecting light into the eyes of oncoming drivers.

The Tern Vizy Light projects 360° of radial light on the ground while you ride. This creates a clear signal for cars to pass at a safe distance, and illuminates your body, so drivers can see you’re a cyclist and react accordingly. It’s weatherproof, rechargeable, and beautifully encased—safety radically reinvented.