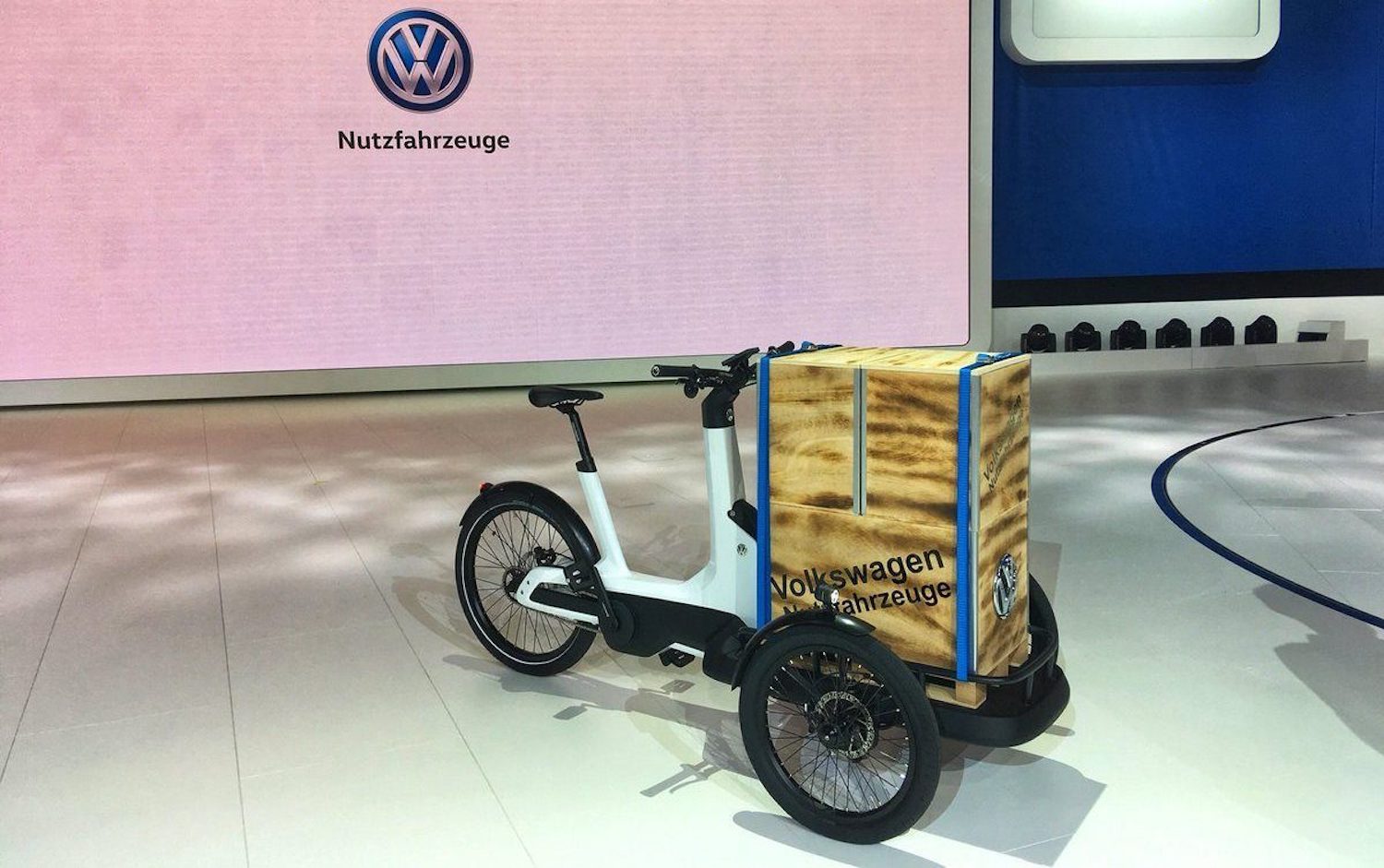 The German automotive giant, Volkswagen, announced it has entered the cargo e-bike market as part of the company’s long-range plan to create more sustainable vehicles for the urban environment.

The Cargo e‑Bike is a pedelec (pedal electric cycle) that adds power assistance to the rider’s pedaling courtesy of a rechargeable lithium-ion battery and a powerful 250 Watt (48V) mid-mounted motor, which is capable of reaching speeds up to 15.5 mph (25 km/h).

Volkswagen says, the Cargo e-Bike’s robust drive-system combined with its rugged design, allows the bike to carry a maximum payload of approximately 465 pounds (210 kg), including rider.

Moreover, the innovative, kinematic design of the front axle ensures that goods being transported won’t tilt when cornering, while its cargo box can provide as much as 0.5m3 of volume space.

The Cargo e-Bike represents Volkswagen’s smallest commercial vehicle to date, which the company says will be produced at its Commercial Vehicles plant in Hannover.

There’s currently no word on pricing.