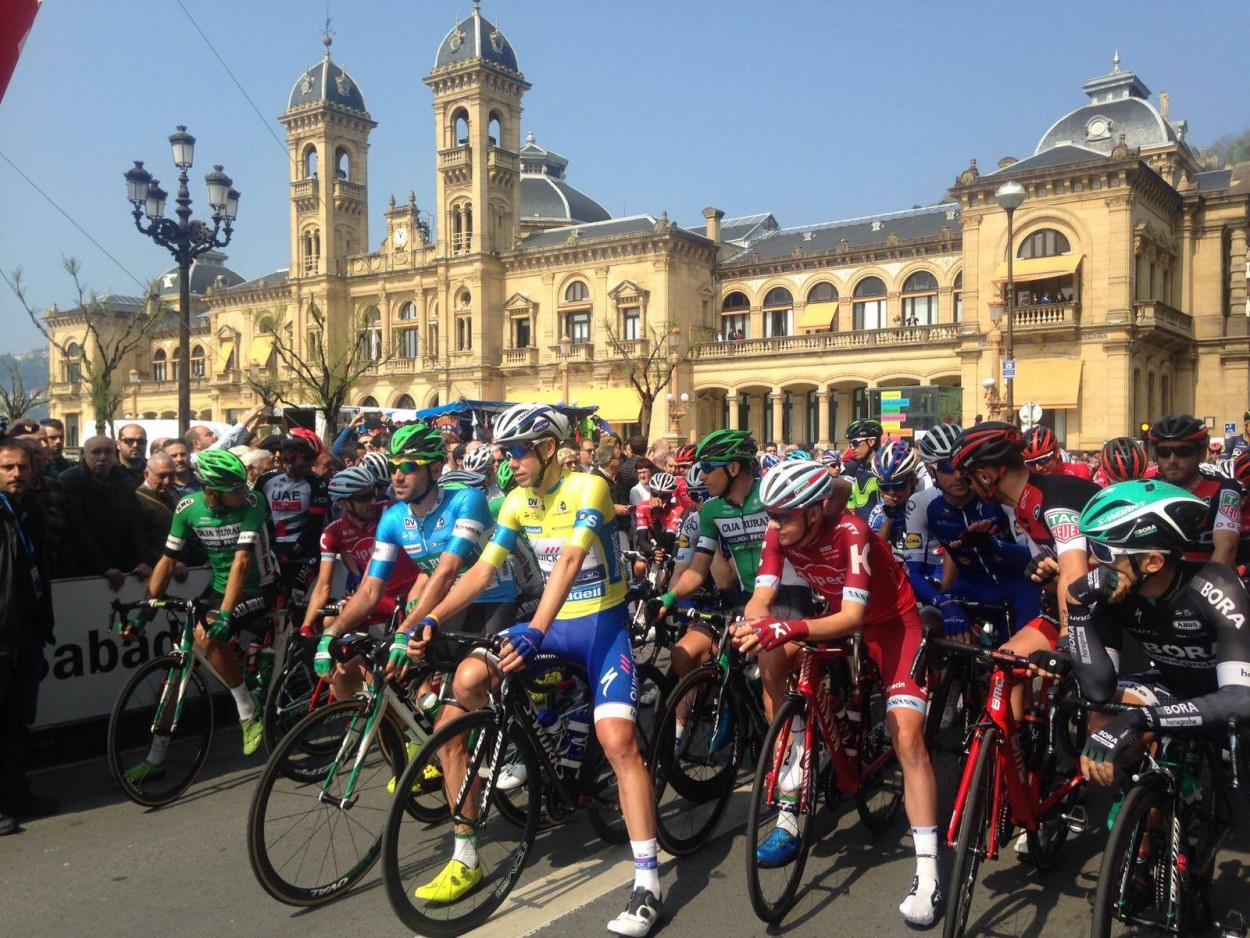 Primoz Roglic (LottoNl-Jumbo) won stage 4 of the Vuelta al País Vasco today, after the Slovenian rider attacked from within peloton during the last 3 kilometers to seize the stage honors by two-seconds over his closet rival Michael Matthews (Team Sunweb).

Roglic made several attempts to ride clear as the race neared the finish in Bilbao. However, it wasn’t until after the final climb that the LottoNL-Jumbo rider succeeded in getting away along the descent.

From there, Roglic managed to fend-off any late challenges during the final run-in to the finish.

As a result of today’s victory, Roglic moved up into second place in the overall classification, just one second behind David de la Cruz (Quick-Step).

From there, the escapees went on to establish a maximum advantage of around five minutes over the peloton.

A crash later plagued the peloton, as several riders collided with fixtures in the road – with 30 kilometers to go.

Among the casualties were Dimension Data’s Stephen Cummings, UAE Team Emirates’ Darwin Atapuma and Cofidis’ Daniel Navarro, who were all forced to abandon.

In addition, Alberto Contador was also involved in the crash as well, but the Spanish rider managed to rejoin the race without any serious injury or loss of time, only to suffer a mechanical problem a short time later which required him to swamp bikes with his teammate Julien Bernard.

At that point, the last of the escapees had already been caught by the peloton, giving way to BMC’s Nicholas Roche to attack.

However, the Irish rider was quickly reclaimed by peloton.

Flurry of subsequent attacks then came from Roman Kreuziger, Simon Yates and Primoz Roglic, all of whom were quickly reeled back in one-by-one.

Shortly thereafter, Roglic initiated his winning move along the descent, quickly opening up a slight gap for himself that would hold until the finish.

In the meantime, Matthews won the sprint for second place ahead of Visconti, while race leader De la Cruz finished safely in the peloton to retain his grip on the overall race lead.

A late crash just before the sprint resulted in yet another delay for Contador, which again didn’t result in any kind of a time loss for the Trek rider.