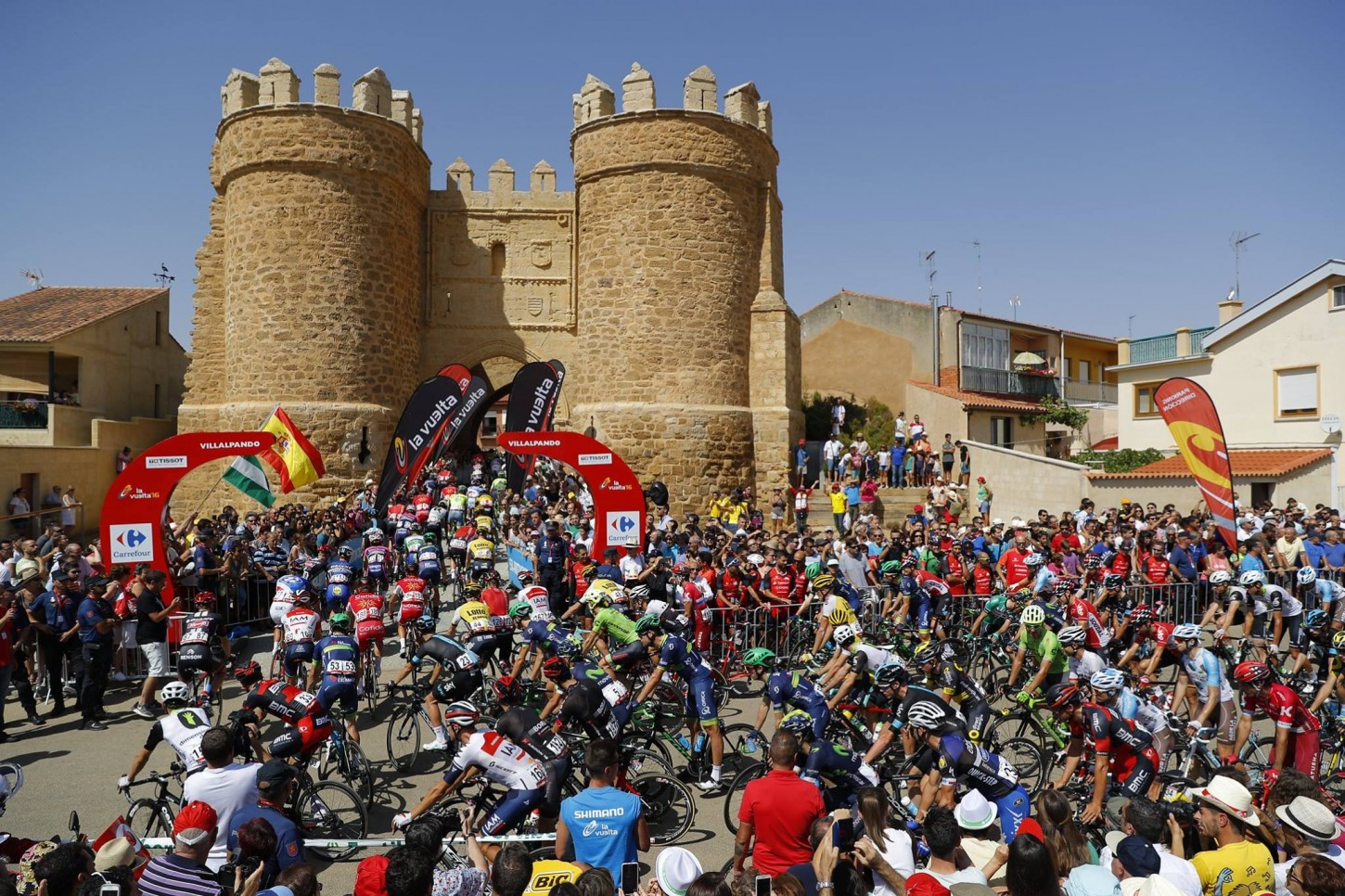 “Finally the dream came true. I’ve been dreaming about it since I was little, to win a stage of a Grand Tour like the Vuelta, so when this happened I couldn’t believe that it happened to me,” Lagutin said. “I’m 35 years old and at some point I thought that it was probably it but I still hoped that it was for me.

“We don’t have our team leader (Joaquim Rodriguez) so we’re all free to do what we want and there are plenty of chances. We are still competitive and we’re looking forwards at this Vuelta.”

Meanwhile, Nairo Quintana bested his GC rivals with a blistering attack in the steep slopes of today’s 8 kilometer climb to take over the overall race lead, while a battered Alberto Contador (Tinkoff) managed to make up some lost time on Chris Froome (Sky) and Alejandro Valverde (Movistar) to move up into 6th place.

Eleven breakaway riders finished ahead of the peloton, having gained an advantage of over 10 minutes by the foot of today’s summit finish.

Zico Waeytens (Giant-Alpecin) was the first of the breakaway to attack with 8.5 kilometers, who was quickly joined by Gatis Smukulis (Astana) and Jonatan Restrepo (Katusha).

With 7 kilometer to go, Restrepo decided to go straight off the front as soon as he caught Waeytens, and looked to be racing towards the stage victory

Lagutin and Domont were the two remaining to contest the slow sprint to the finish line and it was the 35-year-old Russian rider who took his first Grand Tour stage.

Back down the road, the high pace at the front of the reduced peloton forced race leader Darwin Atapuma (BMC) out the back of the peloton.

At the front, Froome (Team Sky) attacked with Quintana and Contador (Tinkoff) on one of the steep ramps on the ascent, but as he and Contador faded Quintana continued on his charge up the mountain.

By the finish line Quintana had gained 33 seconds over Froome, but it was Contador who found his mojo to sprint past the Sky man and finish 25 behind the Colombian.

Quintana moves into the race lead with an advantage of 19 seconds over his teammate Alejandro Valverde and a gap of 27 seconds over Froome. Atapuma slips to sixth, 1-36 down.