“Welcome to the Velodrome” Cycling Art by Alicia Savio 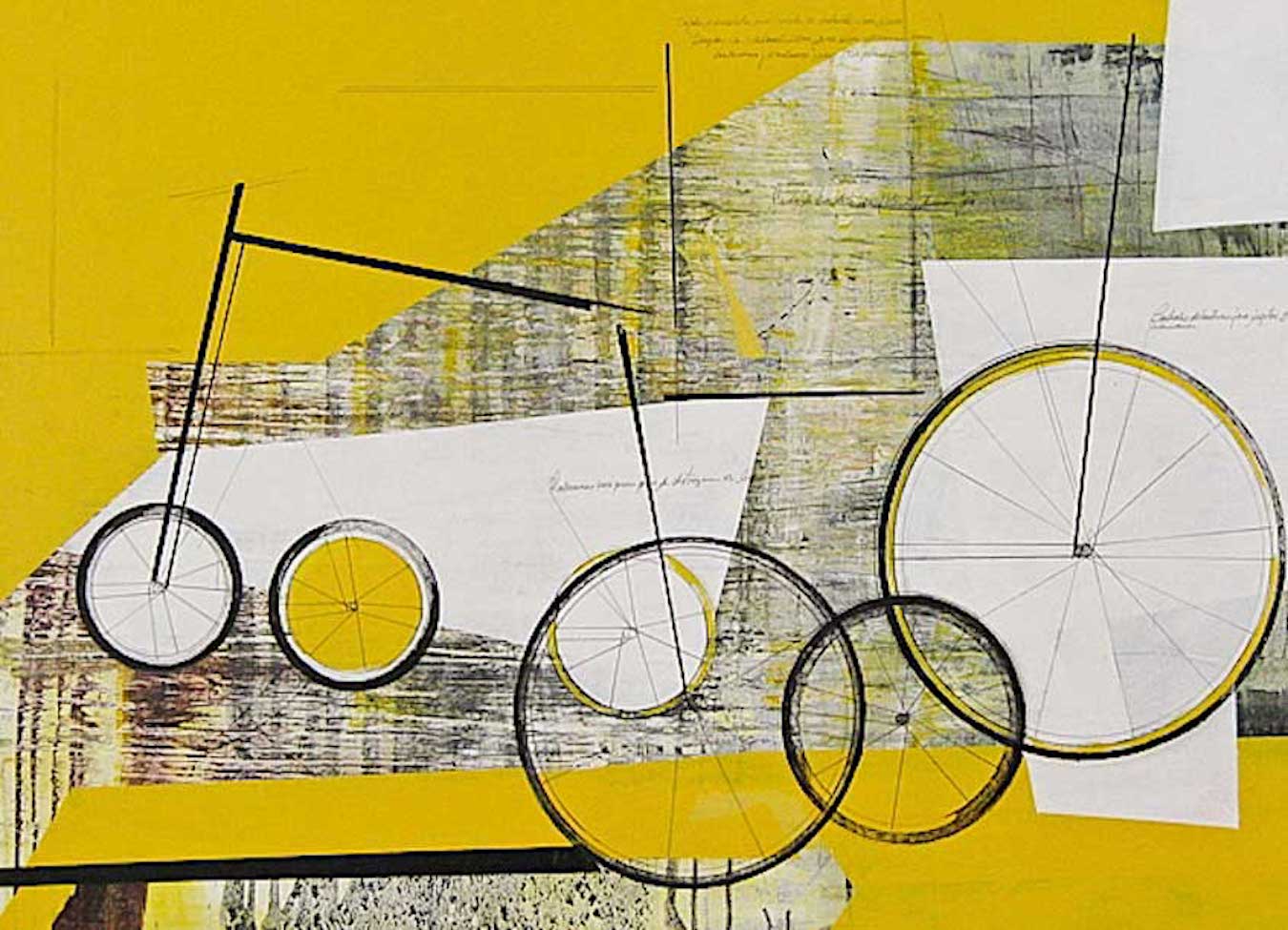 Alicia Savio is a Latin American artist who was born in Buenos Aires, but grew up in an Italian family steeped in classical music, theater, dance and art.

Savio won her first art award at the age of 7 years old, after entering a contest for the Continental Drawing School via correspondence.

From there, her passion for art and painting grew, leading Savio to further her education as an artist and onto a career that would later see her work surface in exhibits and galleries across Argentina – followed by the United States and Canada.

Here, Savio’s appreciation for the world of cycling emerges in her collection titled, Welcome to the Velodrome, which is part of a series of three works that originated in her Los Angles studio.

There are influences of Cubism, Pittura Metafisica, Orphism and a whole lot more evident in her style.