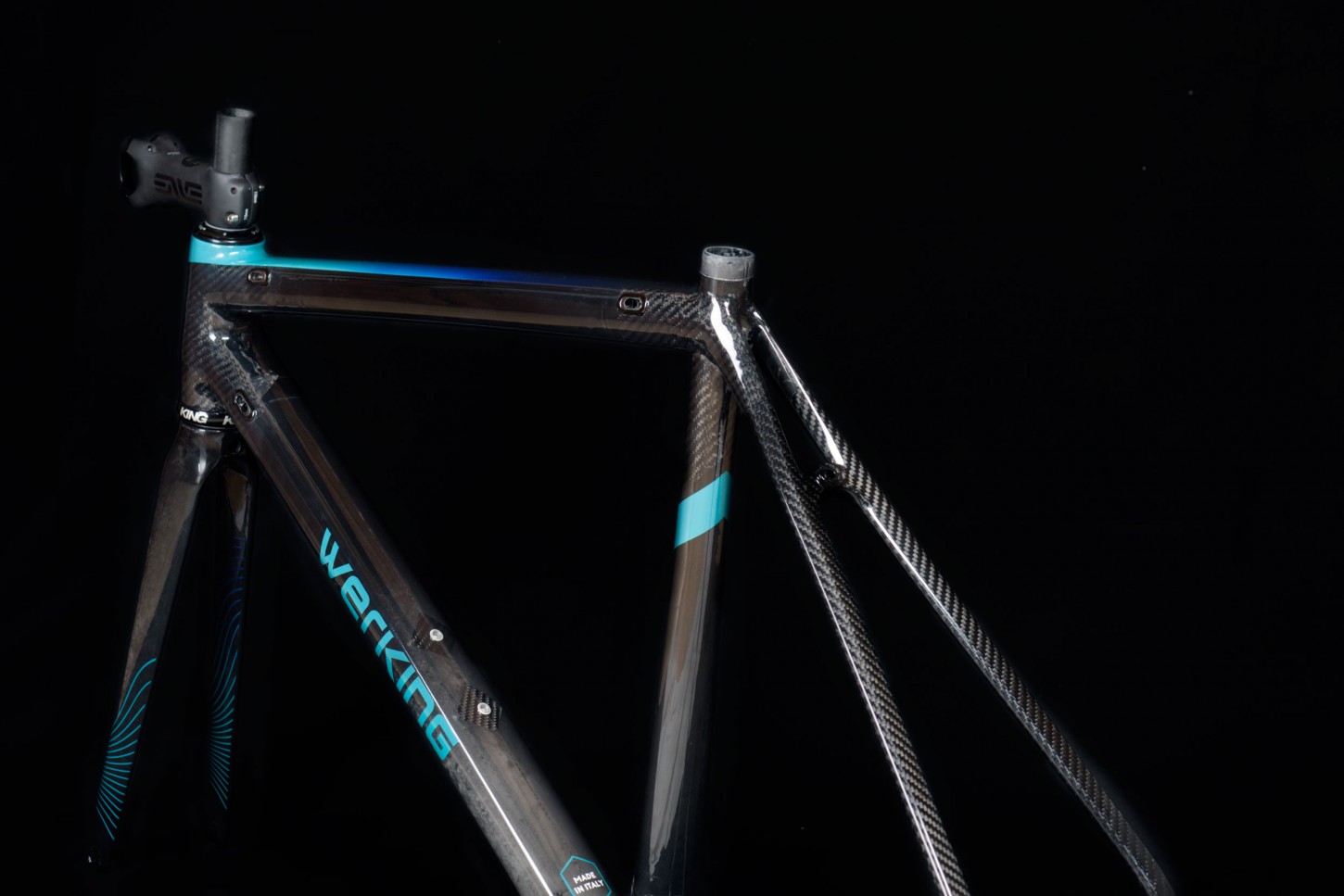 31 Mar 2017
By Gianni Pericolo - In LATEST ARTICLES, THE DOUBLE DIAMOND

Wow! and How?, are the first two expressions that occur when a person first lays his or her eyes on a frameset from Werking Cycles.

To answer this interrobang, we turn to northern Italy, where Andrea Sega designs and builds handmade carbon fiber frames under the aforementioned moniker at his artisan workshop in the province of Trentino.

Unlike many carbon frames that rely upon molds, Sega uses a tube-to-tube approach, whereby hand-laying each piece of carbon fiber not only allows him the ability to fine-tune the ride characteristics of each frame, but perhaps equally important, affords him the opportunity to build each frame according to the client’s specific geometry.

Werking Cycles currently offers two road frames, the Model A and Model S, which differentiate themselves based on variations in carbon content and tube shapes and profiles.

According to Sega, the Model A is aimed at the rider who’s seeking maximum performance in terms of lightweight and stiffness, whereas the Model S is more focussed on the “sportive” rider who views comfort as paramount for those longer periods spent in the saddle.

However, both models offer thru-axle and disc brake options alongside a unique, interchangeable drop-out system, as well as internal cable routing to accommodate electronic groupsets and a choice between either a traditional threaded bottom bracket or a press-fit design.

On average, Sega says a medium size frame weighs in at a feathery 800-900g.

In addition to framesets, Sega also produces an array of glorious carbon fiber components and accessories, such as seatposts, bottle cages and a magnificent full carbon saddle.

You can learn more about Werking Cycles, by visiting their website here.