What the New Riders Union Should Do to Succeed 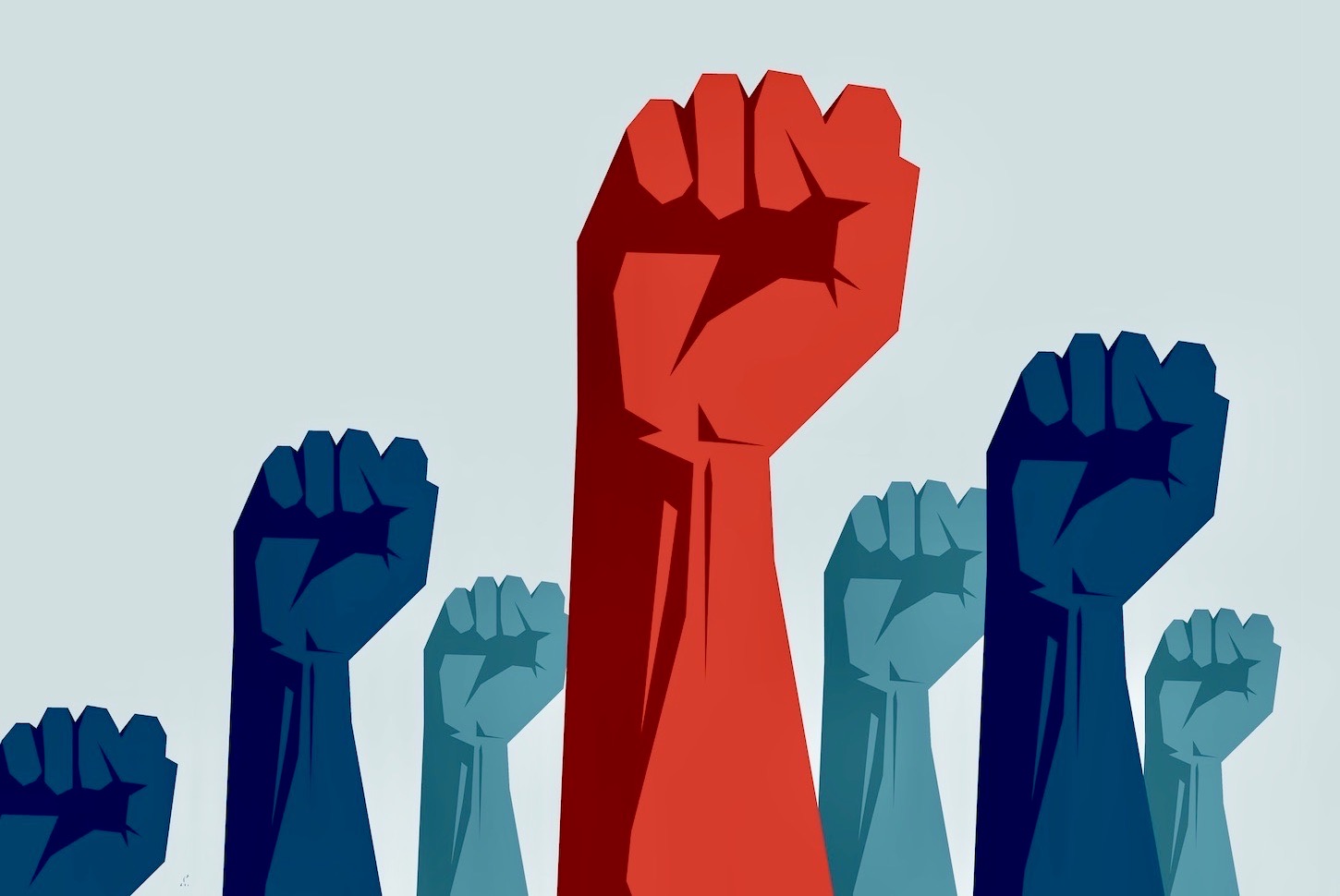 The Riders Union is a movement that has emerged at a pivotal time for men’s pro cycling. Long-standing frustrations with the existing CPA boiled over after multiple and serious peloton complaints during this COVID-shortened season. By focusing a few key principles of sports governance and building professional management into its plans, this new effort could finally succeed – in convincing the peloton to collectively step up and demand a real seat at the table of pro cycling.

Over the last year, there has been a new movement brewing, trying once again try to create a stronger voice in the sport for the riders. Formally introduced earlier this month, The Riders Union is now in the process of establishing an organizational and business footprint while completing a broader outreach to the men’s pro peloton. Led by former AIGCP head Luuc Eisenga and retired Dutch racer Stef Clement, it is focused around a simple “one rider, one vote” premise, and thus far claims to have the support of about 350 riders – a good percentage of the peloton. In many ways, this could be a fortuitous time to initiate such an effort.

The current rider’s organization, the CPA – the Cyclistes Professionnels Associés – has long been criticized as being hapless and incompetent, and failing to adequately represent the riders’ interests. Two national associations have already withdrawn from the CPA, citing dissatisfaction with the organization’s progress. The CPA has also increasingly been criticized as being too cozy with the UCI. (In an obvious conflict of interest – and a strange case of the fox actually funding the henhouse – the UCI actually provides financial support to the organization.) The CPA is composed of a number of national associations; riders do not actually have an individual vote.  Furthermore, many countries with active riders are not represented at the CPA at all.

This season, several specific incidents have again brought rider concerns to the forefront of the sport. Riders staged two impromptu delays during the Giro this year, one regarding official scoring procedures on Stage 11, and another concerning safety conditions on Stage 19. Safety protests were likewise staged at the Tour of Luxembourg and other key races, and especially at the Tour of Poland – the effects of which are still reverberating across the sport today.

In September, the waters were further muddied when UCI President David Lappartient alluded vaguely to “fake news” and a global conspiracy to weaken the CPA, indicating that the UCI would never recognize another rider association. The CPA’s piece de resistance was last week’s unfortunate announcement that it would be financially unable to make its required 2019 retiring rider payments – which it then disingenuously and inaccurately attributed to the COVID crisis.

Given this backdrop, it certainly seems like the time is ripe to try a different approach. But there are myriad challenges facing any attempt to organize the men’s peloton. As we have pointed out in the past, pro cyclists come from a wide variety of economic situations and cultural backgrounds, they speak many different languages, and they have widely differing financial expectations.

A critical factor that has impeded union progress is pro cycling’s competitive culture. Most individual athletes are obsessed with self-development and performance, and are laser-focused on racing at the highest possible level, to earn a contract for the following season and extend their economic security for another year.  Younger riders who might really benefit from a union usually don’t have the influence or funds to contribute to a union, while the older, more successful, and more influential riders may already be economically secure and not care as much.

Those challenges notwithstanding, it would not be difficult for a new union effort to improve upon the current situation – by focusing on a few simple principles of professional management and organizational transparency. The Outer Line previously conducted a detailed review and external audit of the CPA’s effectiveness and performance, which assessed the performance of the CPA vis-à-vis its own internal 26 (at the time) by-law articles. The study also conducted a broader review, evaluating the CPA’s performance as measured in terms of four key sports governance guidelines: (1) transparency, (2) democratic processes, (3) checks and balances, and (4) solidarity.

That report also discussed the CPA’s oversight and maintenance of the Joint Agreement (JA) with the AIGCP teams association. This agreement establishes the rights and obligations of the riders, including minimum salaries, maximum required racing days, and other critical athlete rights.  The JA is the first tentative step towards negotiating a true collective bargaining agreement (CBA) in the sport and is supposed to be renegotiated every other year.  The other critical program overseen by the CPA is the so-called “Solidarity Fund,” the financial endowment (of unknown size) created to pay retirement benefits to qualified retiring pro riders – the same program which was just announced to be in default.

This earlier study found the CPA sorely lacking in terms of organizational transparency, public reporting, general adherence to principles of good governance, the maintenance of sound business and financial management, and independent oversight. (See two summary tables, highlighting the findings from that analysis below.)

Significantly – and encouragingly for any new rider organization effort – many of the areas needing improvement are relatively easy to upgrade. That Outer Line report suggested several recommendations, which could be useful as guidelines for the current unionization effort:

The new union is proposing fees of €50 per month per rider, with higher-ranked riders paying a bit more and Pro Team riders paying a bit less. While this may seem like a lot to some riders, especially since it is not yet clear what services the new union will provide,  it is in fact only 1.5 percent of the current minimum WT salary. This is less than most other professional unions charge their athletes, and given that most riders are earning well above the minimum, it seems like a manageable fee. Of course, the individual riders will have to make that decision for themselves, as they better understand the services to be provided by the new union.

The other main source of CPA funding today comes from a percentage of the prize money distributed at the events by the race organizers. The CPA has historically complained, with justification, that not all organizers recognize this responsibility or pay those required amounts on a timely basis – and that this is the reason for their financial problems. If this arrangement is to continue, the new union should negotiate an early agreement with the UCI to ensure that any organizers failing to make those prize money contributions risk losing their UCI race status.

Despite these initial steps in the right direction, the biggest challenges for the new rider union will revolve around (1) building the initial membership support, and (2) obtaining the initial funding to get the effort off the ground.

As has been reiterated many times, nothing will ever happen on any new union effort until the riders collectively support it. But unfortunately, there is still an unspoken fear of standing up and speaking out.  Riders are genuinely concerned they will be blackballed or replaced if they challenge the status quo in cycling’s entrenched leadership.  However, this time that tide may be turning, as the new union has claimed active support from a number of marquee names. If a handful of top riders publicly committed, the floodgates may open. That “numbers game” must be the most urgent focus of the new union. Given current circumstances, if The Riders Union can get the commitment process started, it will quickly gather momentum.

If and when the organization gets up and going, and its value hopefully becomes clear to the riders, the proposed system of rider fees should be able to support on-going activities. In its rider materials, the organization indicates that if it can register 200 riders by the end of 2020, this would provide sufficient funds for the organization to get started. Longer-term, the union would like to have at least 500 members paying the monthly €50, in order to sustain an operating budget of €300,000. In the meantime, however, the organization should investigate supplemental short-term funding from other sources.

In summary, a stronger riders union could bring substantial progress on the major challenges the riders face today – more stable employment, safer racing conditions, and a more secure post-retirement future.  From the broader perspective – as has already been demonstrated in other pro sports – a stronger riders union will also ultimately help to build a more equitable, robust, and sustainable sport of professional cycling.

Table 1. Summary of the subjective assessment of both the criticality of individual by-law articles, as well as The Outer Line’s estimate of how well the CPA was conforming to those guidelines.

Table 2. Summary of the performance of the CPA against the four key sports governance criteria (and sub-criteria) as established by the Sports Governance Observer report of 2015.