CapoVelo.com
CapoVelo.com - - Why Cities in the United States are Becoming More Dangerous for Cyclists
70375
post-template-default,single,single-post,postid-70375,single-format-standard,no_animation 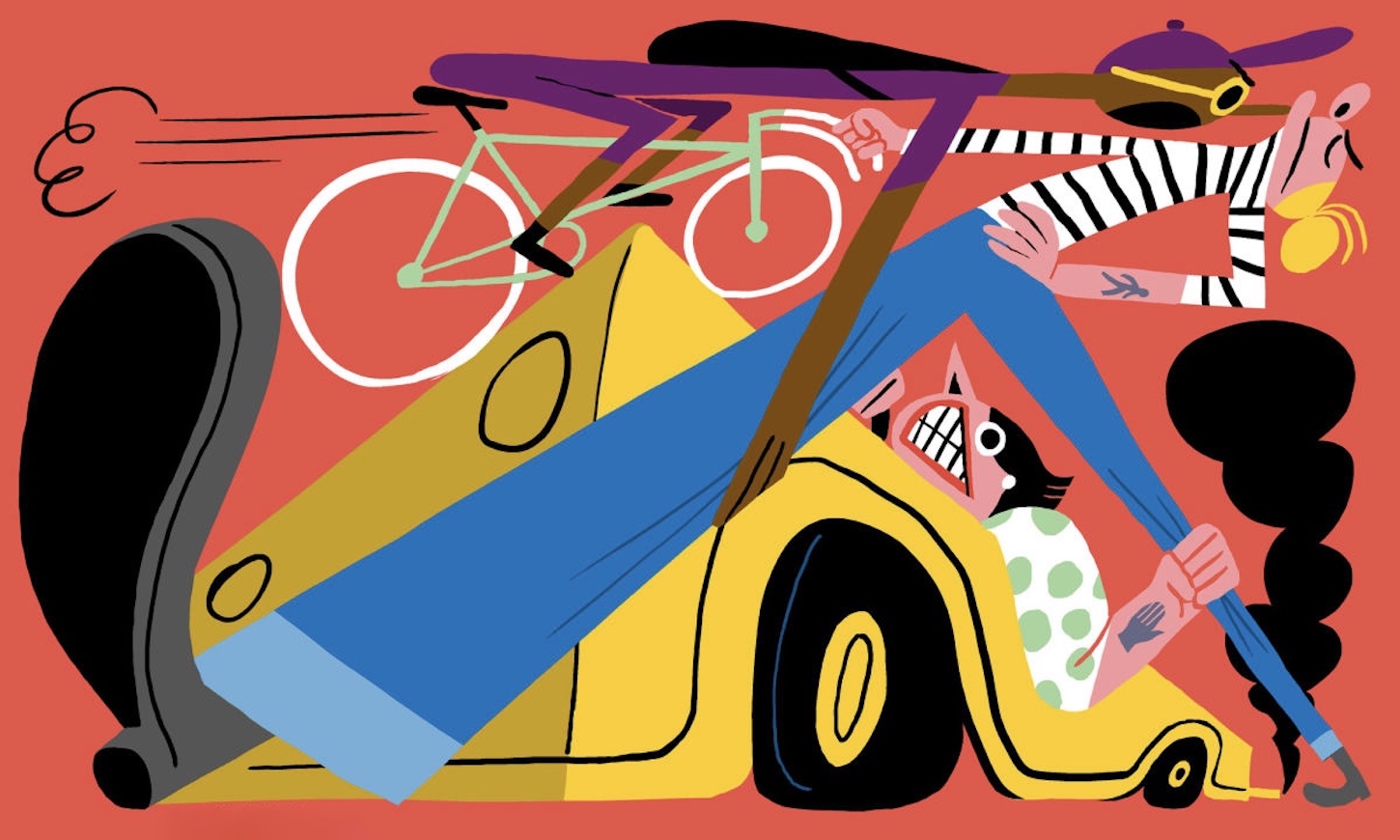 As cities strive to improve the quality of life for their residents, many are working to promote walking and biking. Such policies make sense, since they can, in the long run, lead to less traffic, cleaner air and healthier people. But the results aren’t all positive, especially in the short to medium term.

In Washington D.C., for example, traffic fatalities as a whole declined in 2018 compared to the year before, but the number of pedestrian and bicyclist deaths increased by 20 percent. Pedestrian deaths also have risen in New York, and pedestrian and cycling fatalities have increased in Los Angeles in the past several years.

Across the nation, cyclist fatalities have increased by 25 percent since 2010 and pedestrian deaths have risen by a staggering 45 percent. More people are being killed because cities are encouraging residents to walk and bike, but their roads are still dominated by fast-moving vehicular traffic. As my research has shown, this shifting mix can be deadly.

The long decline in traffic fatalities

From a long-term perspective, traffic fatalities in the United States are declining. In the early 1970s, almost 55,000 Americans were killed in traffic accidents yearly, including people in vehicles, pedestrians and cyclists. By 2017 that figure had fallen to around 40,000, even with an increase in the number of vehicle miles driven.

The overall decline is a confirmation of Smeed’s Law, named after R.J. Smeed, a scholar at the United Kingdom’s Road Research Laboratory. Smeed found that initially, with the early introduction of motor vehicles, traffic deaths tend to rise. Around the world, almost 1.35 million people die each year in traffic accidents, but 93 percent of those fatalities occur in low- and middle- income countries where mass vehicle usage is a recent phenomenon.

As manufacturers produce safer vehicles, cities improve roads and drivers become more adept, fatalities tend to decline. But Smeed’s Law only seems to hold up for people in cars – not for other road users.

A global status report shows that road traffic injuries are now the single biggest cause of death for children and young adults, and that more than half of all traffic deaths are pedestrians, bicyclists and motorcyclists. In the United States, driver fatalities fell from 27,348 in 2006 to 23,611 in 2017, but pedestrian and cyclist fatalities increased from 5,567 to 6,760.

Modern U.S. cities are designed largely for motor vehicles. At the turn of the 20th century, people and cars shared city streets, which served as places for children to play, adults to walk and neighbors to meet. From the 1900s to the early 1930s a battle was fought as motor vehicles became increasingly dominant. As traffic fatalities rose, angry mobs dragged reckless drivers from their cars, and some cities printed “murder maps” showing where people had been killed in traffic.

However, automotive interests won out. From the 1950s forward, city streets lost their conviviality. Roads were engineered for fast-moving and unhindered vehicular traffic, with few pedestrian crossings or bike lanes.

Even today, motorists in many cities are able to turn onto streets at intersections where pedestrians are also crossing. Most pedestrians and bicyclists are killed or injured while they are obeying the law.

In the 21st century, a new city ideal has emerged of a more bike-friendly, walking-oriented city. But piecemeal implementation of bike lanes, pedestrianized zones and traffic calming measures often just adds to the confusion.

Many bike lanes and pedestrianized zones only extend for short distances. Most American drivers have yet to fully appreciate that urban streets are to be shared. And even in the best of times, cars and trucks are not good at sharing the road. Vehicle drivers are often moving too fast to identify and respond to pedestrians and bicyclists. Blind spots for drivers can be death traps for other road users.

Then there’s the asymmetry. Drivers are operating fast-moving lethal weapons, and are encased in a protective shield. And speed literally kills. A car hitting a pedestrian at 36 to 45 mph per hour is four times more likely to cause death than a vehicle traveling between 26 to 30 mph.

Adding to the dangers are distracted drivers and pedestrians and the introduction of electric scooters. Some observers also believe an epidemic of narcissism is causing more aggressive driving.

All of these factors are making walking and bicycling more dangerous. While pedestrian deaths in Norway declined by 37 percent from 2010 to 2016, in the United States they increased by 39 percent. Non-driver traffic fatalities are increasing in the United States at higher rates than most other wealthy nations.

Vision Zero, a strategy first proposed in Sweden in 1997, imagines cities with no traffic fatalities or serious injuries. At least 18 U.S. cities and states have signed on to reach that goal by 2024, including Boston, Chicago, Los Angeles, New York and Washington D.C.

Strategies vary from one city to another. Boston, for example, has reduced the city speed limit from 30 miles per hour to 25 mph. Washington D.C. is improving 36 intersections that pose threats to pedestrians and enacting more bicycle-friendly policies. These cities still have far to go, but they are moving in the right direction.

There are many more options. Manufacturers can make vehicles less threatening to pedestrians and bicyclists by reducing the height of front bumpers. And cities can make streets safer with a combination of speed limit reductions, traffic calming measures, “road diets” for neighborhoods that limit traffic speed and volume, and better education for all road users.

Initiatives to create more pedestrian- and bicycle-friendly infrastructure should also be sensitive to social and class differences that may shape local priorities. And advocates contend that shifting to autonomous vehicles could make streets safer, although the verdict is still out on this claim.

The most radical shift will require not only re-engineering urban traffic, but also reimagining our cities. In my view, we need to think of them as shared spaces with slower traffic, and see neighborhood streets as places to live in and share, not just to drive through at high speed.

John Rennie Short is an expert on urban issues, environmental concerns, globalization, political geography and the history of cartography. He has studied cities around the world, and lectured to a variety of audiences. Recent books include Hosting The Olympic Games: The Real Costs for Cities (2018), The Unequal City (2018), Human Geography (2018, 2nd ed), A Research Agenda for Cities (2017), Urban Theory (2015, 2nd ed.), Stress Testing The USA (2013), Cities and Nature (2013, 2nd ed.) and Globalization, Modernity and The City (2012).

This article first appeared in The Conversation