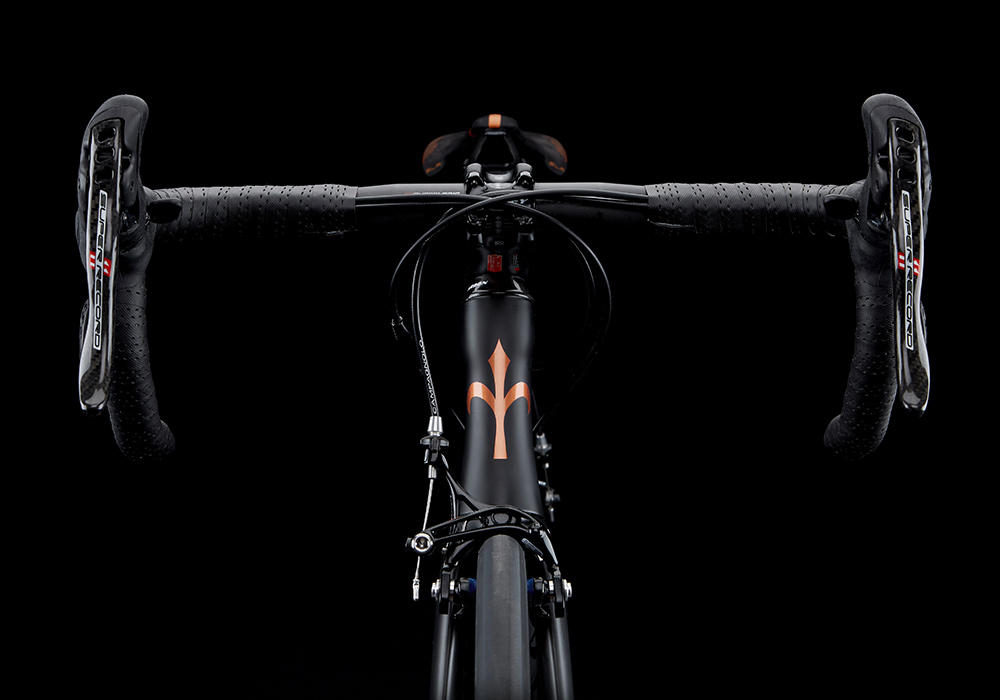 15 Feb 2016
By Campionissimo - In LATEST ARTICLES, THE DOUBLE DIAMOND

To celebrate its 110th anniversary, Wilier-Triestina has announced the launch of a special edition road bike – called the Zero.6.

Based on the same frame design as their flagship Zero.7, Wilier somehow succeeded in shaving an additional 100 grams off of its already super svelte model, by using Mitsubishi’s latest carbon fiber incarnation called Dialed, which in the end has yielded a sub-700 gram frame.

However, according to Wilier, despite the Zero.6’s extreme diet, it has by no means left the bike anemic, as it possesses all of the same handling attributes that make the Zero.7 epic – but even lighter.

Styling touches on the Zero.6 give it a special matte black paint finish, along with polished decals and commemorative, copper embellishments that adorn the frameset throughout.

The Zero.6 is available in three build options, Campagnolo Super Record, Shimano Dura-Ace Di2 and SRAM eTap, which carry whopping price tags of around $10,000 and $11,500 respectively.

If that isn’t too much lira for you, better grab while you can, as the Zero.6 is limited to just 200.