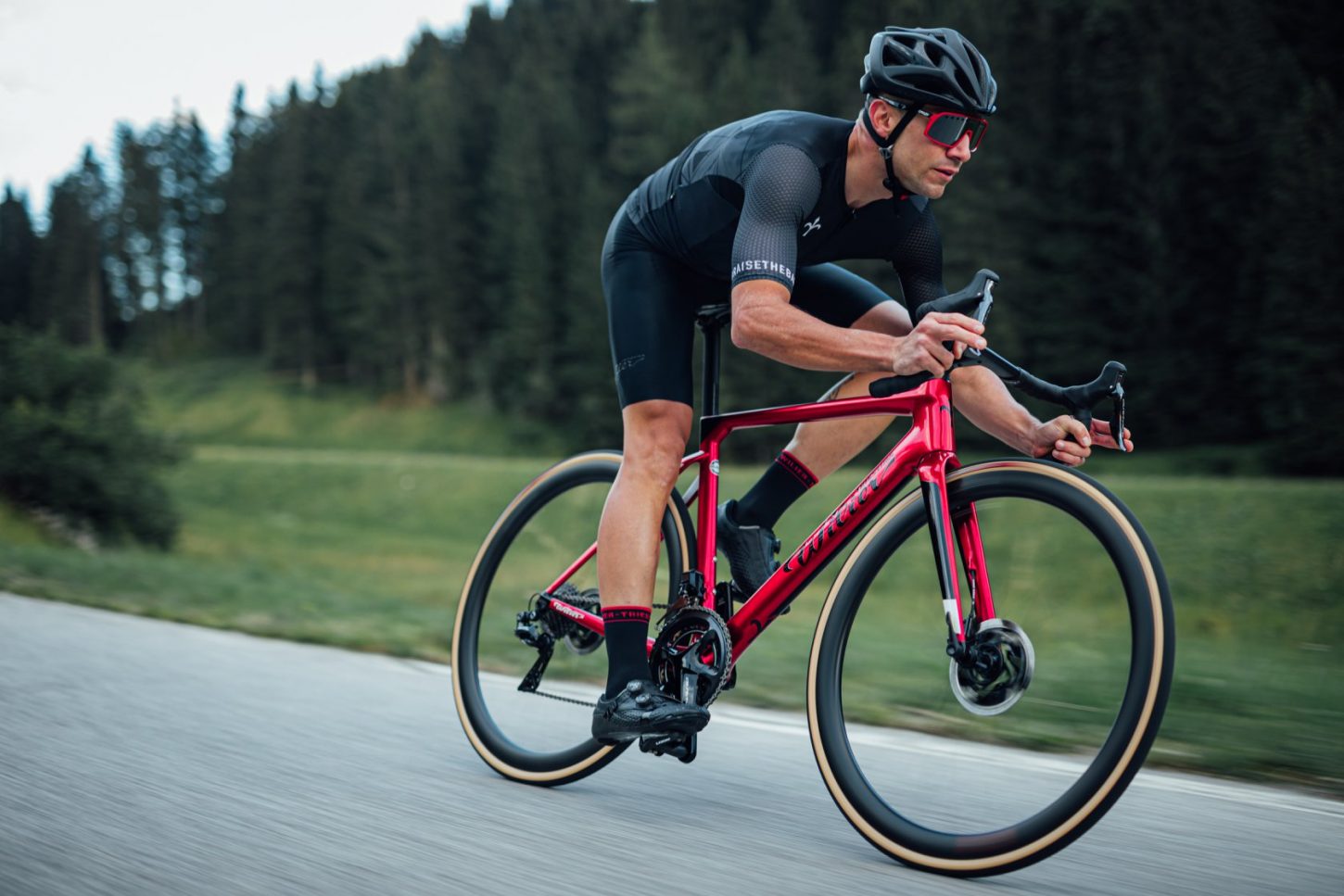 Wilier has launched its latest flagship aero road bike called the Filante SLR, touting a revised carbon construction and tube shapes that bring the weight of the frame down to a feathery 870g.

Relying on the same truncated NACA (National Advisory Committee for Aeronatics) airfoils as the out-going Cento10Pro, Wilier claims the new Filante SLR further cheats the wind thanks to rounded tubes profiles in the key areas of the frame.

Wilier also designed the front end of the Filante SLR to have a wider stance, positioning the fork blades further away from the front wheel to further optimize aerodynamics.

“We revised the aerodynamics in the real world,” says Wilier’s R&D technical manager Claudio Salomoni. “Obviously, we developed Filante in the wind tunnel – you can’t avoid using it. However the wind tunnel has limits.”

“The wind is very clean. This is good because of course the data must be consistent… but we know that things are different in the real world. The wind comes from different directions; there are so many more problems than those tested in the wind tunnel. We have the movement of the cyclist moving forward, we have crosswinds that change when you go around a curve, then when you’re in the middle of the peloton the other cyclists create turbulence, so the real world is very different from the clean wind tunnel. We still use NACA airfoils… but unlike previous frames, this cut was softened. It doesn’t have the sharp edges of the Cento10Pro. The design is much more rounded,” Salomoni adds.

Integration and positioning were also critical factors when designing the Filante SLR, which features a horizontal, flat stem that’s affixed to the steerer tube, providing internal routing for the front brake, while the cockpit height can be adjusted with easy-fit spacers that also allow for internal routing of the shifter cables.

Additionally, the Filante SLR is available in six different frame sizes, which Wilier says retain the same ride characteristics across the board.

“Every frame has different tube sizes,” says Salomoni. “The different dimensions allow the same performance on both very large and very small frames. The stiffness, fluidity and quality of the ride are replicated across the range of sizes.”

There are also five different handlebar sizes, along with various spacers for a maximum of 35mm of stack, while the seatpost is available with either 0 or 15mm’s of setback.

The new Filante SLR is only available with electronic groupsets and disc brakes, with offerings from Campagnolo, SRAM and Shimano with pricing starting at $9,740, while colors have been limited to matte black, velvet red and iridescent gray.