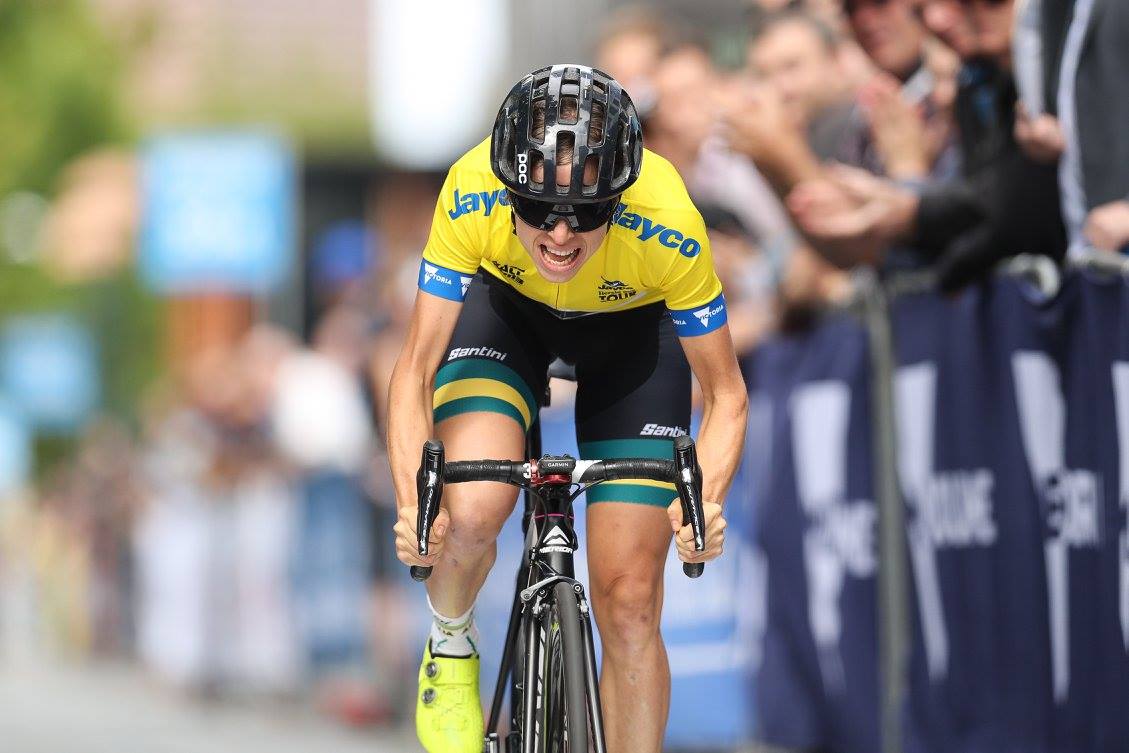 “I am really proud to be the first women to win here,” exclaimed Chapman following her overall victory. “I am so stoked they have put on a women’s tour. My memories of the Jayco Herald Sun Tour are watching the men race up Arthur’s Seat, and watching them do the prologue in the city. Good memories, and it is so nice to be part of it now.”

Chapman entered the stage 12 seconds ahead of van Vleuten in the general classification standings, following the Queenslander’s stunning solo win on Tuesday in Healesville. Despite conceding some time to the world champion, Chapman’s ride was fast enough to hold onto the coveted yellow jersey.

“I am glad I could pull it off for the team,” said Chapman. “It would have been optimistic to hold her off too much – she is the world time trial champion – but my prerogative was just to keep it tidy, stay safe and have a good time out there, which I did!”

Van Vleuten’s stage win saw her end a busy summer of cycling in Australia on a high note. “I did not expect this to be honest, because I suffered so much yesterday,” the Dutchwoman explained post-race. “I go home tomorrow. I think I had a great Australian summer, so to go home with this victory in the rainbow jersey in front of an amazing crowd in Melbourne is a really good feeling. Now I will prepare for the Track World Championships and then my road campaign in Europe.”

The 2017 La Course winner admitted that bravery and inside knowledge of the course may have helped her triumph over world time trial bronze medallist Garfoot and Kiwi Williams. “My Mum wouldn’t want to know, but if you want to win a short time trial you have to take risks! So I took all the risks that were possible. I also did a lot of course recon, so I think that helped me – they were calculated risks today.”

Today’s concluded the women’s Herald Sun Tour presented by Let’s Go Motorhomes, the first time in the history of the iconic Jayco Herald Sun Tour that a women’s component has been sanctioned by cycling’s international governing body.