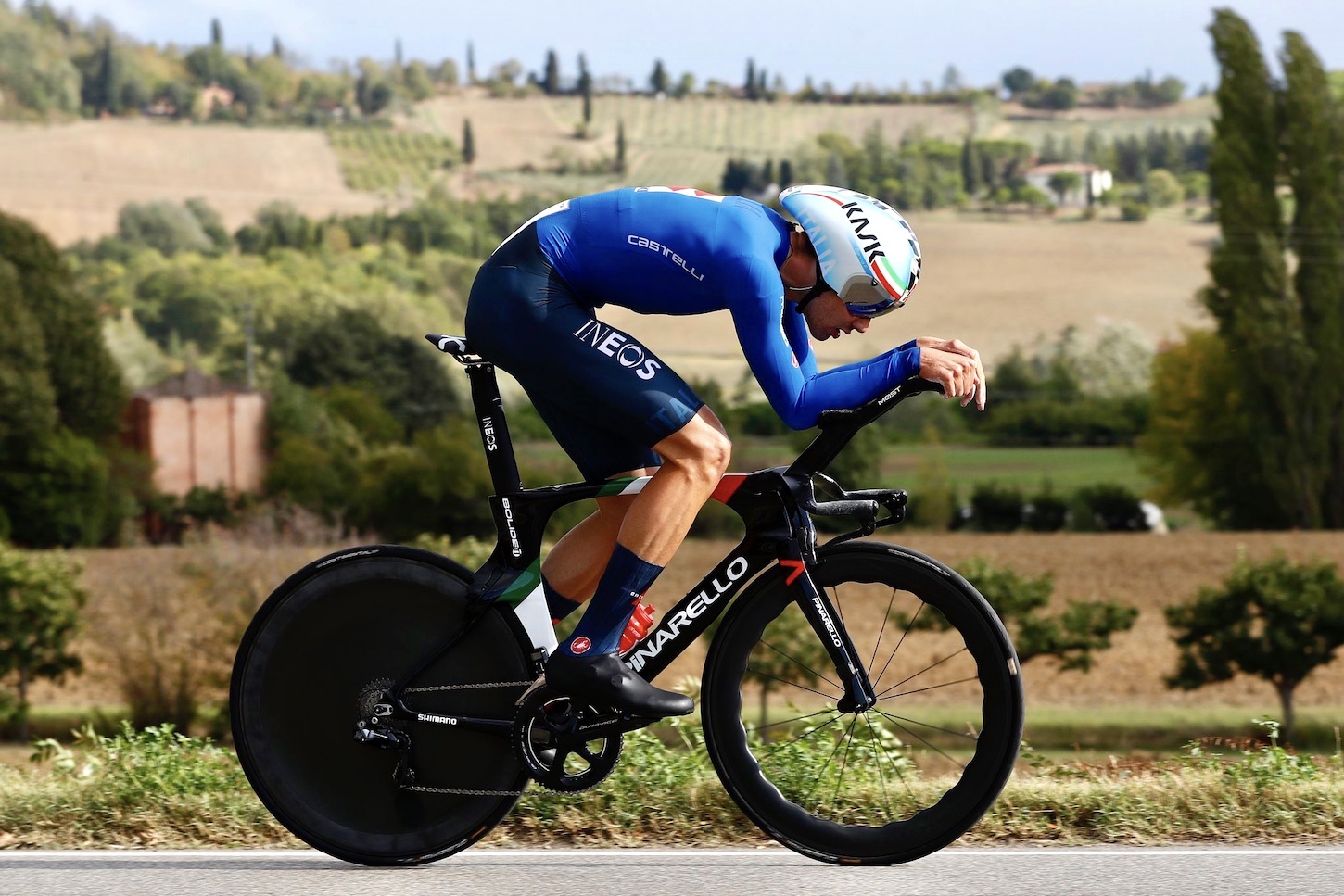 Ganna vanquished his rivals after crossing the finish at the Autodromo Internazionale Enzo e Dino Ferrari 27 seconds ahead of second-placed Wout van Aert (Belgium) and 30 seconds over Switzerland’s Stefan Küng.

“At the finish I had real good support in the car and I give my professional thank you for the whole team of Italy and Ineos Grenadiers.

“It’s a dream. I won four rainbow jerseys on the track and this is my first in the time trial.”

Ganna, who rides for Ineos Grenadiers, went into the race as one of the two favorites, alongside defending champion Rohan Dennis. But, as Dennis faltered it was Ganna who set by far the fastest time at the intermediate split.

Dennis, who was the last rider out on the road, didn’t even have the finish in sight as the clock dipped into the red, confirming Ganna as World Champion.

Great Britain’s Geraint Thomas showed impressive form to lead the race for some time, raising hopes that there could be a British world champion. But Thomas eventually slipped to fourth, eight seconds off the podium.

While Ganna was the star of the day, Belgian wonder-kid Van Aert underlined his extraordinary talent with his second place, finishing ahead of a host of time trial specialists as well as his Jumbo-Visma teammate Tom Dumoulin.