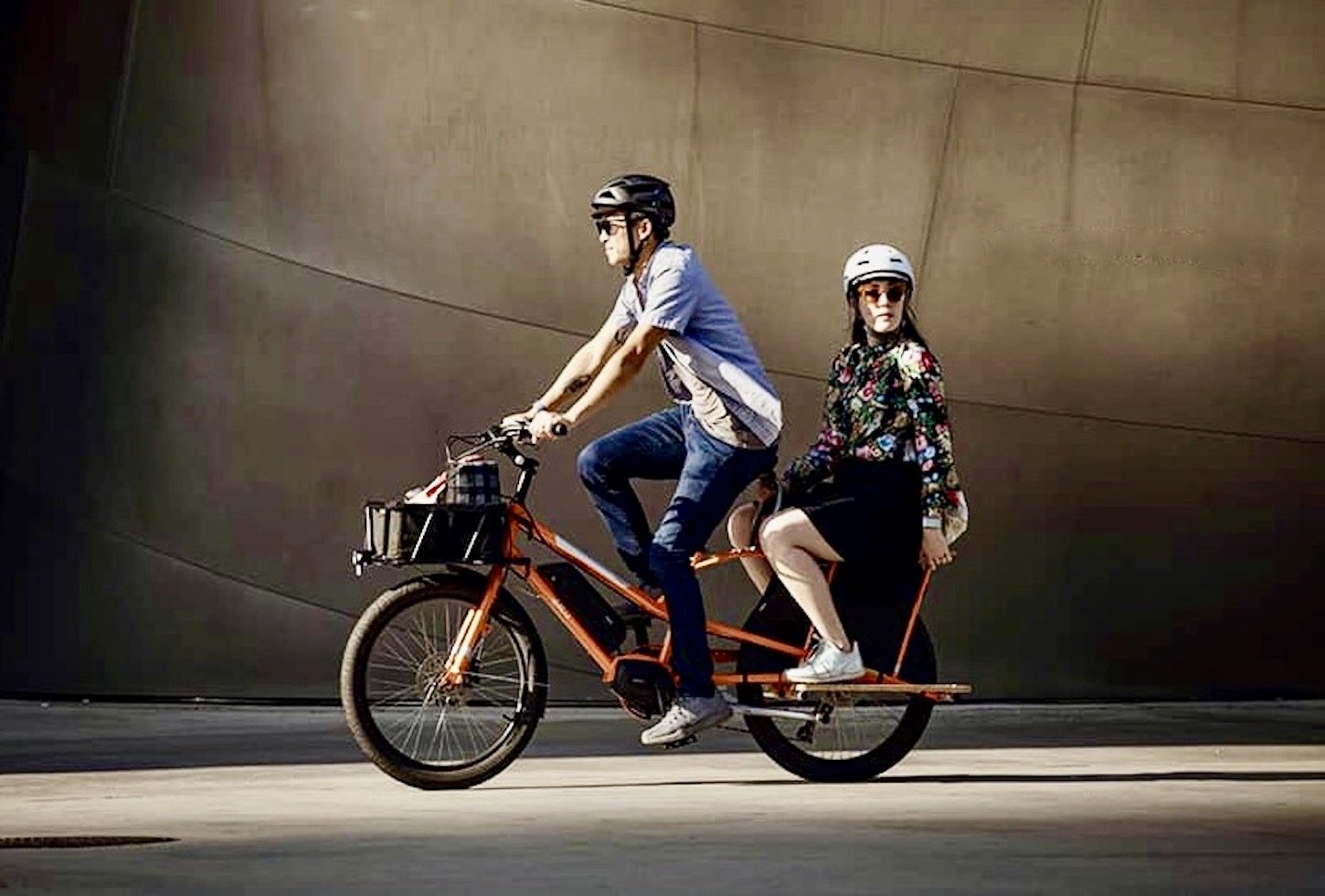 Yuba has launched a new entry-level electric cargo bike called the Kombi E5, offering utilitarian, micromobility to the masses for $3,200.

Kombi E5 features the same steel frame as its non-electric counterpart that was released last year.

“When we launched the Kombi in January of 2020, the idea was to create a high-quality cargo bike that combined the characteristics of our Boda Boda and Mundo models at an attractive price-point,” said Benjamin Sarrazin, the CEO of Yuba Bicycles. “That bike took off instantly, and we immediately started to design a version for those seeking to enjoy the e-cargo lifestyle for the same reasons. The bike was previewed to retailers in Europe a few months ago, and demand is strong. We expect the same in North America.”

The new Kombi E5 is powered by Shimano’s E5000 STEPS motor, which can provide up to 20 mph of assistance, along with a lockable 418Wh battery and Shimano Alivio hydraulic disc brakes. The bike is also equipped to connect with Shimano’s E-Tube Ride App, displaying speed, power levels, trip distance and more via a smartphone.

Additionally, the Kombi E5 is fitted with 24″ wheelset, which Yuba says offers a lower center of gravity for optimal handling, while the bike can accommodate up to three passengers and 440 pounds of total payload. Moreover, it can be customized to carry people or gear thanks to numerous Add-On options.

The Kombi E5 is slated to become available in mid-March, which will be offered in two paint schemes – orange with silver accents, or silver with orange accents.