The ZeHus Electric Bike Does Away with Charging and a Motor 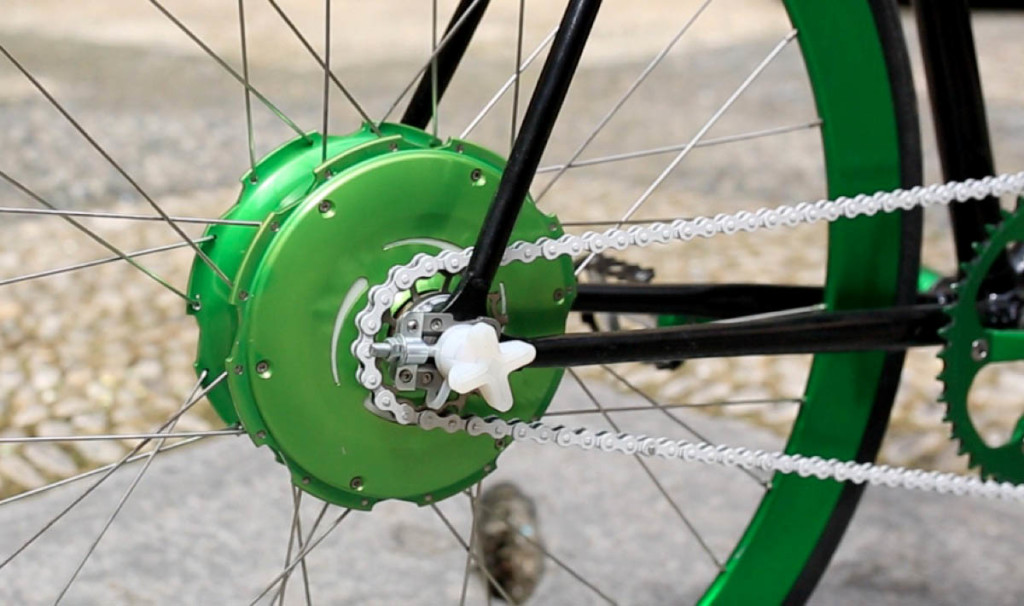 10 May 2016
By Gianni Pericolo - In LATEST ARTICLES, THE DOUBLE DIAMOND

The Italian company ZeHus has developed a small, lightweight e-bike system that optimizes cyclists’ efficiency. The hub-based unit aims to add exactly the right amount of electric propulsion to create flowing, seamless rides without the huffing, puffing and walking.

Unlike most e-bike systems that use large batteries and require external charging, drawing its inspiration from hybrid cars like the Toyota Prius, the ZeHus also has its own onboard hardware such as regenerative braking that keeps the battery charged.

Similarly to a hybrid car, the ZeHus manages output from its two power plants – the cyclist and the battery-powered electric motor – to maximize efficiency. If you think about the average bicycle ride, there are typically parts of the ride where the cyclist is huffing and puffing slowly uphill, perhaps even walking the bike, and parts where he or she is pedaling along with ease. Bike+’s aim is to smooth out those highs and lows into a more continuous, efficient effort.

The ZeHus uses several different sensors and an algorithm-based ECU to optimize efficiency. A pedaling sensor and slope-estimating triaxial accelerometer monitor cycling conditions and pedaling efficiency. When the cyclist is pedaling at high efficiency, such as when he’s cruising at a constant speed on flat ground, the system siphons off a small amount of that energy by adding negative torque. ZeHus says that the cyclist will barely notice the difference, if he or she notices it at all. The captured energy is stored in the battery and saved for when the cyclists’ efficiency dips, at which point the 250-watt rear hub motor will kick in, adding a boost to his or her pedaling. The system’s algorithm is designed to deliver motor power without completely draining the battery.

In effect, the cyclist’s pedaling is a bit harder during easy stretches and easier during intense stretches, such as sustained ascents, making for a smoother, more uniform effort. A regenerative brake replaces the bike’s standard rear brake, adding another form of energy generation.

The system’s algorithm works on several principles, providing the most motor assistance during intense muscle efforts (i.e. acceleration and hill climbs), tapering off assistance as a cruising speed is approached, switching to negative torque-based energy recovery when a cruising speed is reached, maximizing recovery during braking, and providing the best balance of efficiency and battery charge to ensure that power is available when needed.

Thanks to its onboard charging mechanisms, the Bike+ is able to recharge on the fly and doesn’t have a limited range like e-bikes that rely solely on external charging. ZeHus does admit that it’s possible to drain the battery completely, such as when the cyclist chooses the maximum motor assistance available in the Pedelec mode. However, it promises that the charging process is quick and efficient once the charging systems are able to get back to work. There is a charging port for convenience (three hours), but the idea of the Bike+ system is that it can be a self-sustaining system that doesn’t rely upon external electricity.

All of the ZeHus’ hardware is integrated into a fairly compact rear-wheel hub system that weighs around 6.6 lb (3 kg). The 160 Wh li-ion battery pack surrounds the motor, and the pedaling sensor is built into the freewheel mechanism. Because all of the hardware is mounted to the rear wheel, there aren’t any extra wires or components around the frame.

The ZeHus also includes an integrated Bluetooth module, which works with an accompanying smartphone app. The app allows the cyclist to monitor the system during his rides and also allows for tweaking the system. ZeHus also plans to give the app a social component, letting cyclists share their rides and locations.

The work behind ZeHus’ system began in 2010 at the Technical University of Milan (Politecnico di Milano), producing a prototype a year later. The electrical system has since evolved and triggered the founding of ZeHus as a company.