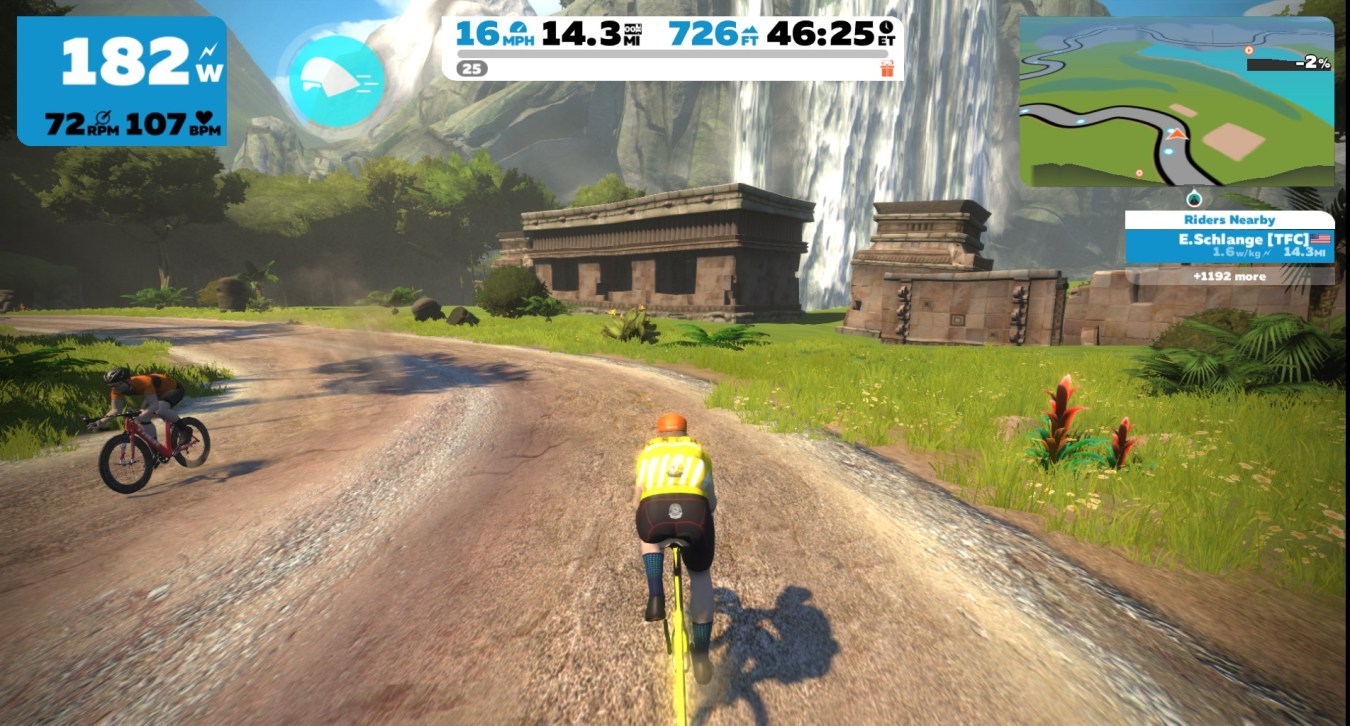 27 Oct 2017
By Campionissimo - In LATEST ARTICLES, THE DOUBLE DIAMOND

Zwift has announced the expansion of its popular Watopia Mayan Jungle course, treating users who have attained a level of 10 or greater, to epic new jungles scenes, waterfalls, underground caves, ruins, and temples.

According to Zwift, the new expansion includes the 42.8 kilometer Big Loop, the 30.1 kilometer Road to Ruins and the 19.9 kilometer Jungle Circuit, featuring detailed scenery that immerses the user like never before.

“It’s several miles of fast, rolling terrain through a fantastical world of ancient Mexico with lush graphics and terrain both above and below ground”, says Zwift.

As mentioned, the newly expanded Watopia Mayan Jungle is only available to users who have achieved a Zwift level of at least 10, so you better get riding!

The long awaited Watopia expansion is here, and it’s our most detailed area yet!  The 10+km of new roads will take you through an alpine prairie on your way into the Watopia jungle containing some mysterious forgotten ruins.  But hang on, there’s a catch!   Not just anybody can ride this new expansion – Zwifters must earn it.  You must be level 10 or higher, in any sport, to enter.

While we understand this may annoy some at first glance, we believe (and hope!) this will give Zwifters even more incentive to hop on their trainers or treadmills and crank out some miles with something so big to chase after. If the idea still bugs you, don’t worry – we made it an easily attainable level so the reward is not too far away.

Additionally, anybody who joins a scheduled group ride that takes place on a Level 10 locked route will be able to ride with the group regardless of their level.  We will start scheduling events on the expansion in a day or two.

We’ve also made a few fixes and improvements, like: