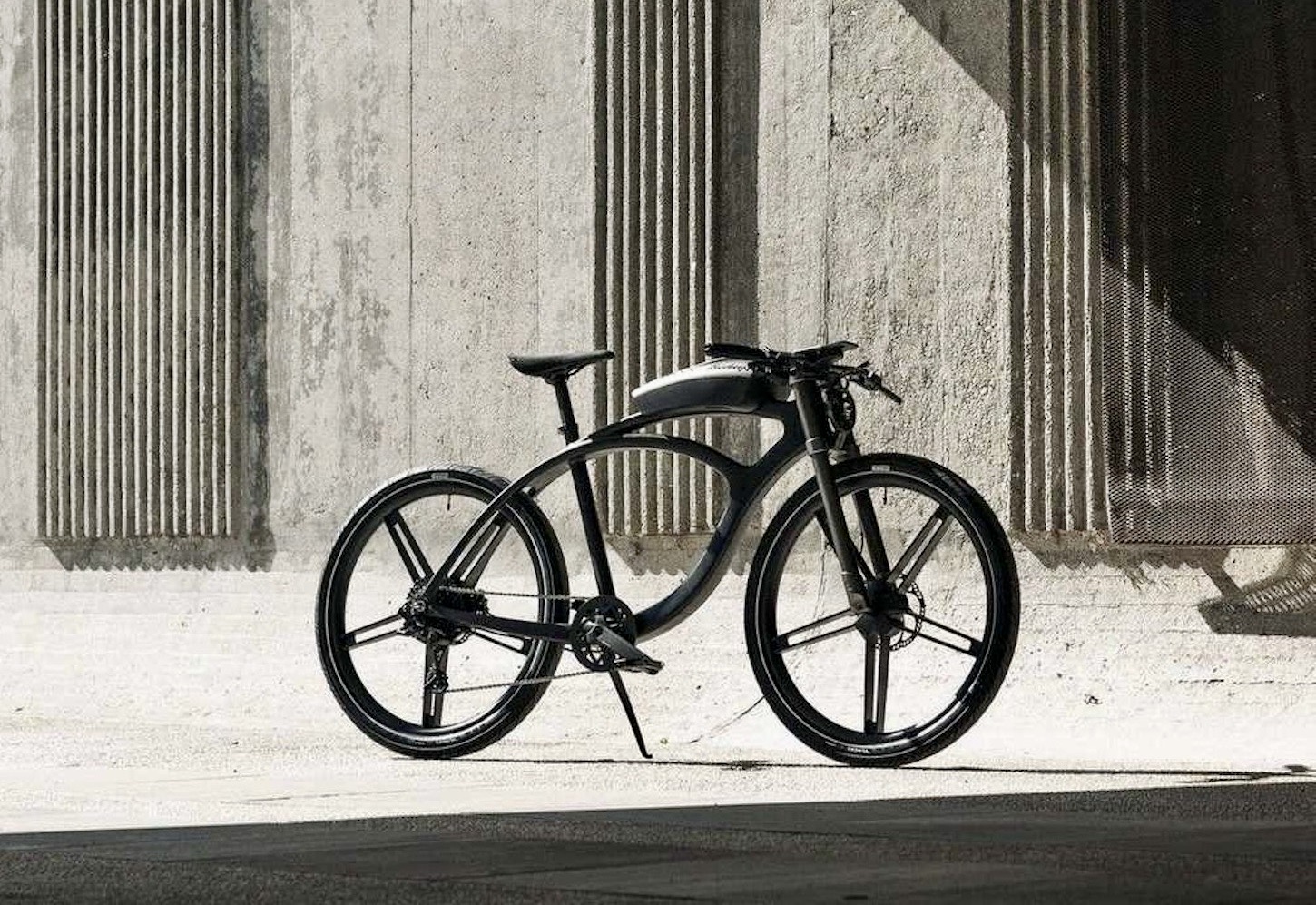 Building upon the Slovenian brand’s Superbicycle, Noordung stunned onlookers at this year’s Eurobike Show in Germany with the launch of its new Boombox e-bike.

Reprising the same 20th-century cafe style motorbike silhouette as the Superbicycle, the Boombox is built around a carbon fiber frame that’s fitted with a 250-W Ansmann rear-hub motor, which can propel the rider to a top speed of 15.5 mph, along with a range of travel up to 37 miles on a single charge.

Elsewhere, the Boombox features Magura CT4 disc brakes with 180/160-mm rotors, a Brooks Cambium saddle, integrated lighting front and back and a universal smartphone mount that’s located at the center of the riser handlebar.

However, perhaps its biggest innovation, is the Boombox’s four up-firing speakers that can provide “high fidelity” sound during a ride or act as a standalone portable speaker, while built-in electronic lock technology and Sensirion PM2.5 and PM10 air quality sensors that are designed to locate the least polluted routes – further punctuate the bike.

All in, Noordung says the Boombox tips the scales at 45 pounds, including the 7.5 pound stereo.