The Titaa Easily Transforms From an Ebike into a Unicycle 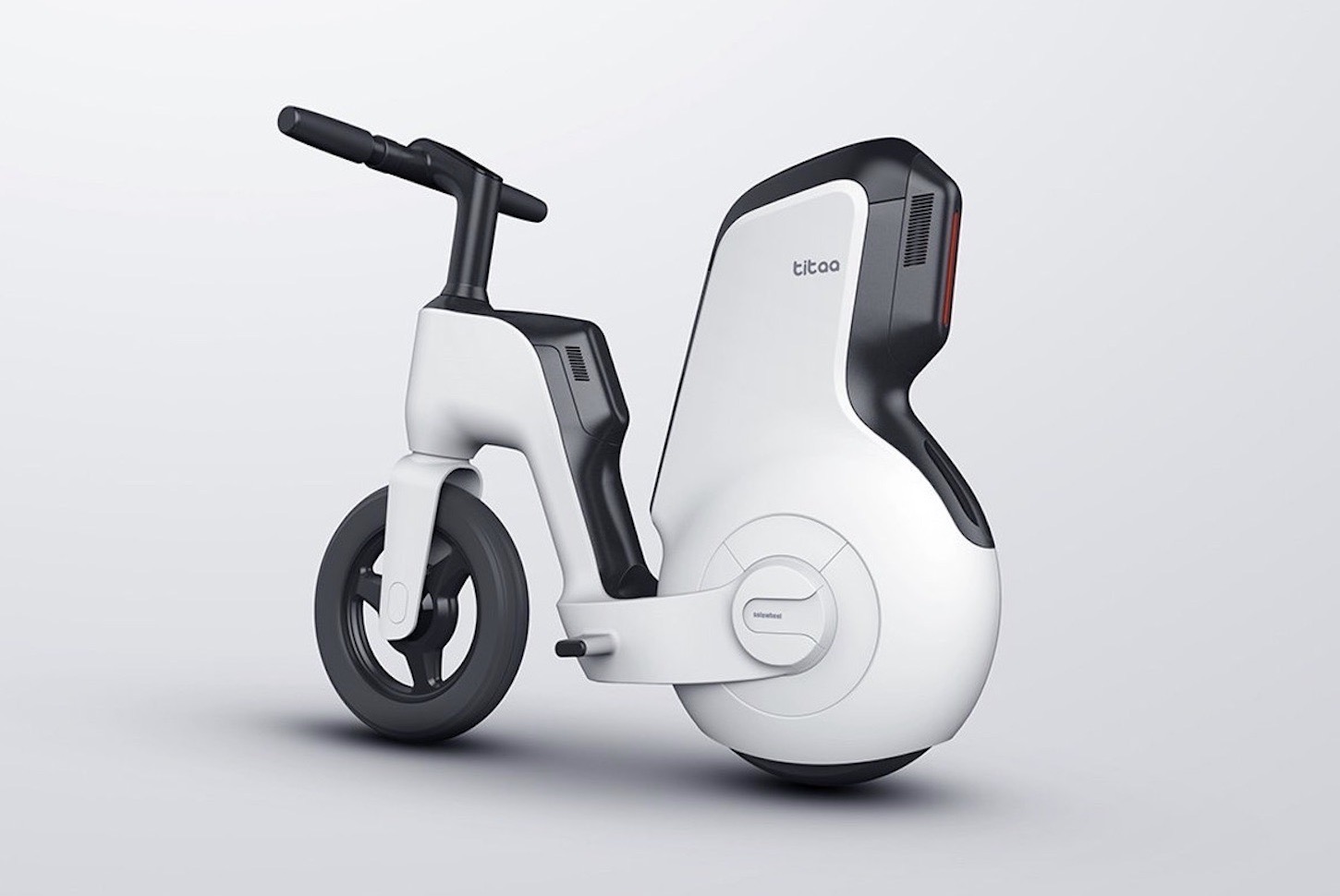 The Titaa is a concept two-wheeled electric vehicle that can be quickly transformed into an eBike, followed by an orb-like tricycle.

The Titaa is an older concept from Husky Design that was recently resuscitated as a result of an increased demand for compact, modular, electric vehicles for the daily commute.

Indeed, in response to urban dwellers who found that the claustrophobic footprint of a city apartment was too small for a full-size bicycle or even a standing scooter, Husky Design decided to reprise its Titaa, offering the perfect micromobility solution for individuals with limited living or work spaces.

According to Husky Design, the Titaa reimagines the moped, where the rider sits upright, relying on a rear hub wheel motor that’s powered by multiple battery packs. However, the two-wheeler can easily be transitioned to pedal power, although the images of the concept don’t really suggest how this occurs.

From there, the Titaa can be broken-down into a unicycle, allowing the rider to sit or stand upright courtesy of a somatosensory control system that allows the wheel to adapt to the body’s natural movements, offering efficient real-time response and balance.

Again, it’s unclear where the pedaling mechanism comes in.

For a conceptual eBike that’s aimed at offering an urban mobility option in a compact, futuristic design, the Titaa certainly tick all of the boxes. Whether or not it will ever reach production, remains to be seen.